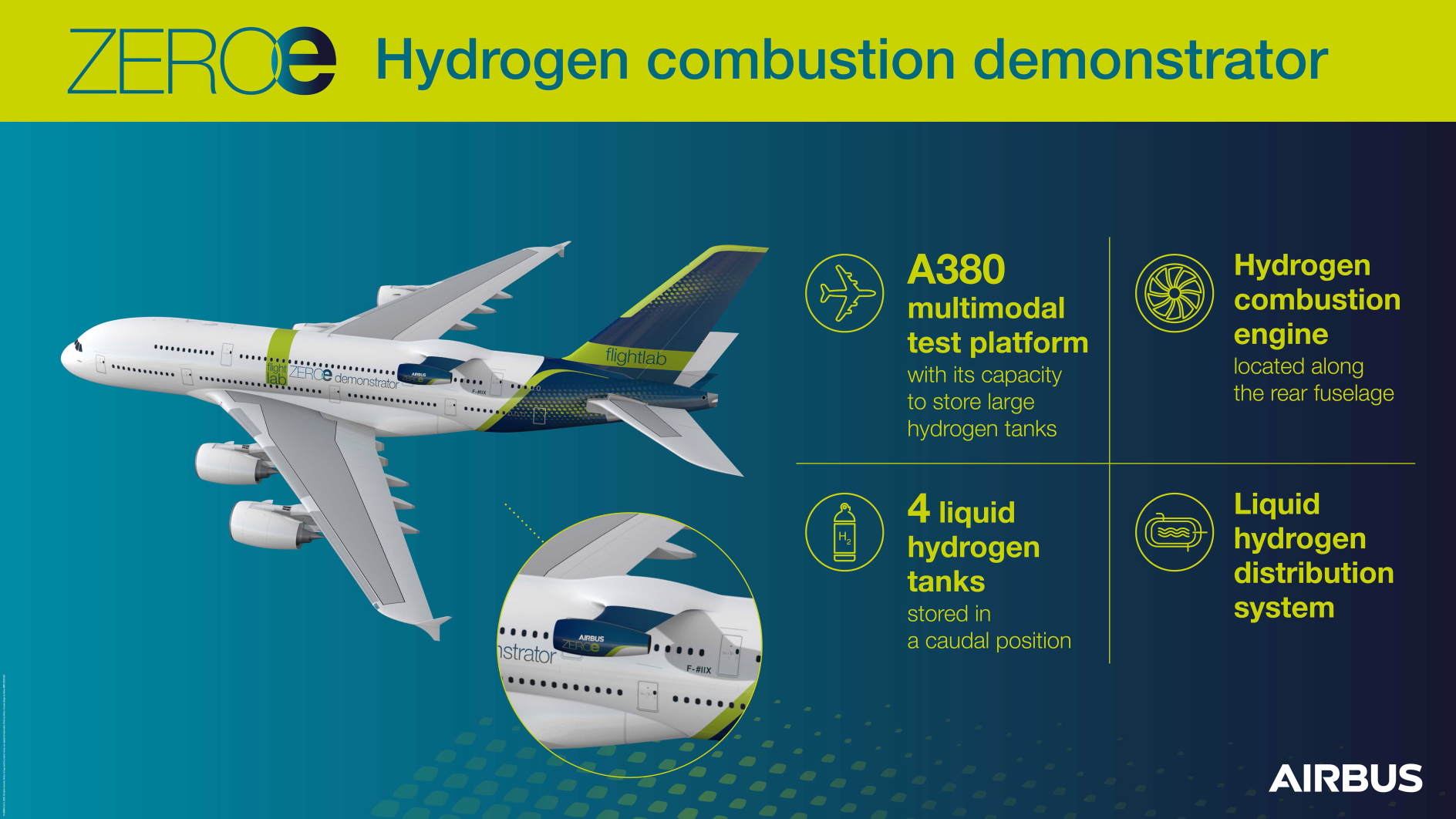 (23 Feb 2022)
Airbus has signed a partnership agreement with
CFM International, a 50/50 joint company between GE and Safran
Aircraft Engines, to collaborate on a hydrogen demonstration
programme that is expected to take flight around the middle of this decade.

The programme’s objective is to ground and flight
test a direct combustion engine fuelled by hydrogen, in preparation
for entry-into-service of a zero-emission aircraft by 2035.

The
demonstration will use an A380 flying testbed equipped with liquid
hydrogen tanks prepared at Airbus facilities in France and
Germany.

Airbus will also define the hydrogen propulsion system
requirements, oversee flight testing, and provide the A380
platform to test the hydrogen combustion engine in cruise phase.

Airbus and CFM are working together on a direct combustion engine fuelled by hydrogen.

CFM will modify the combustor,
fuel system, and control system of a GE Passport turbofan to run
on hydrogen.

The engine, which is assembled in the US, was
selected for this program because of its physical size, advanced
turbo machinery and fuel flow capability.

It will be mounted
along the rear fuselage of the flying testbed to allow engine
emissions, including contrails, to be monitored separately from
those of the engines powering the aircraft. CFM will execute an
extensive ground test program ahead of the A380 flight test.

“This is the most significant step undertaken at
Airbus to usher in a new era of hydrogen-powered flight since the
unveiling of our ZEROe concepts back in September 2020,” said
Sabine Klauke, Airbus Chief Technical Officer. “By leveraging the
expertise of American and European engine manufacturers to make
progress on hydrogen combustion technology, this international
partnership sends a clear message that our industry is committed
to making zero-emission flight a reality.”

CFM shares Airbus’ ambition of fulfilling the
promise they made in signing the Air Transport Action Group goal
in October 2021 to achieve aviation industry net-zero carbon
emissions by 2050 by developing and testing the technology
necessary to make zero emissions aircraft a reality within the
ambitious timeline defined.

“Hydrogen combustion capability is one of the
foundational technologies we are developing and maturing as part
of the CFM RISE Program,” said Gaël Méheust, president & CEO of
CFM. “Bringing together the collective capabilities and experience
of CFM, our parent companies, and Airbus, we really do have the
dream team in place to successfully demonstrate a hydrogen
propulsion system.” 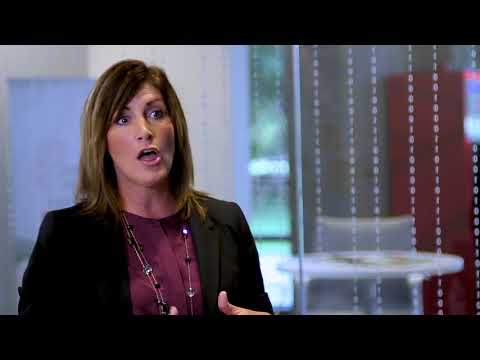 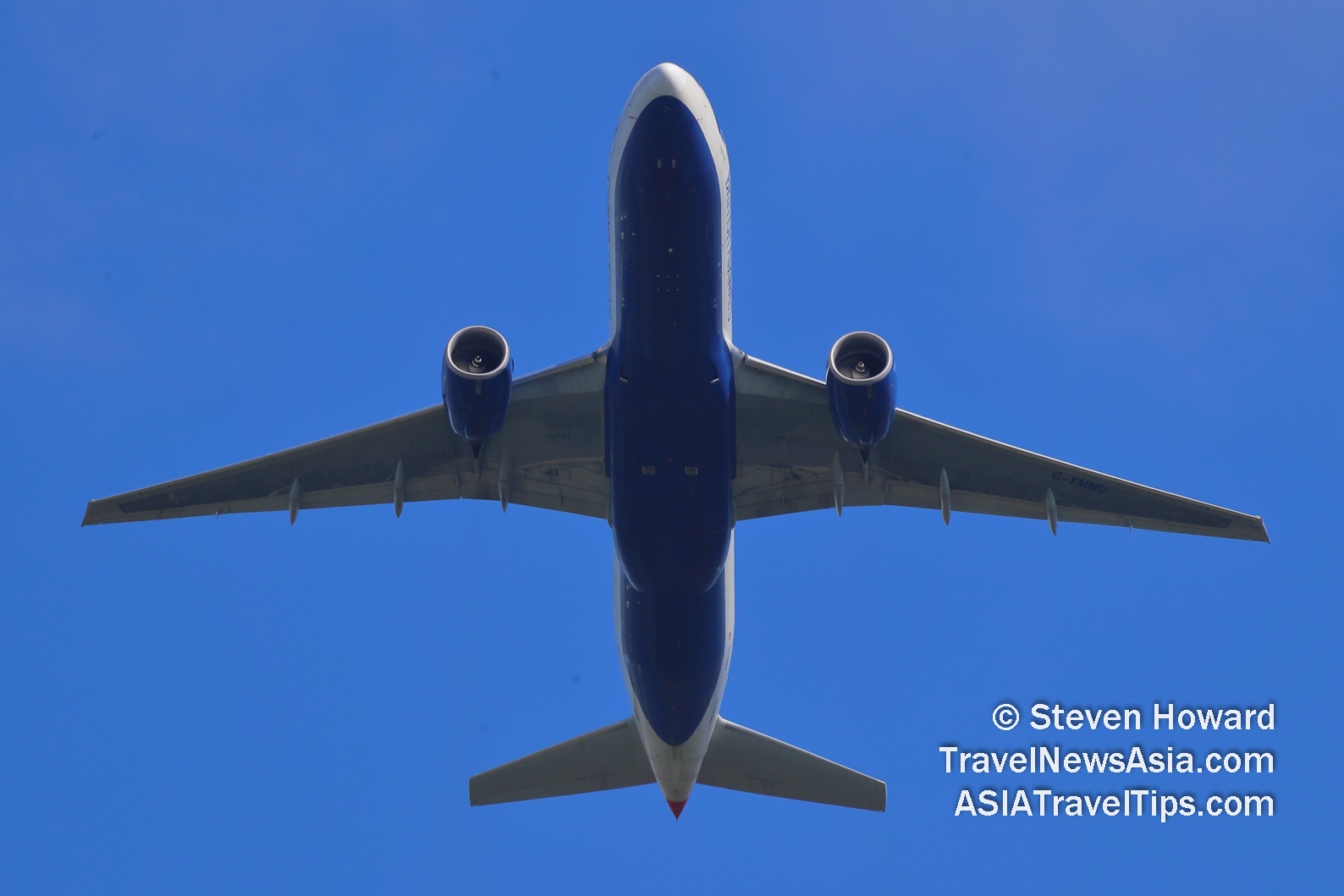 Posted by - July 15, 2021 0
(12 July 2021) British Airways has launched a promotion for students travelling for further studies in the UK, entitling them… 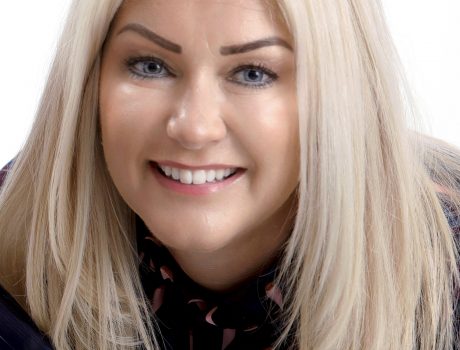 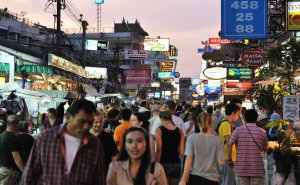 Even during ‘low season’, Thailand hits record number of visitors

Posted by Travelelog - September 20, 2017 0
THAILAND received a whopping 3.13 million tourists in the month of August alone, a record for the low season month,…