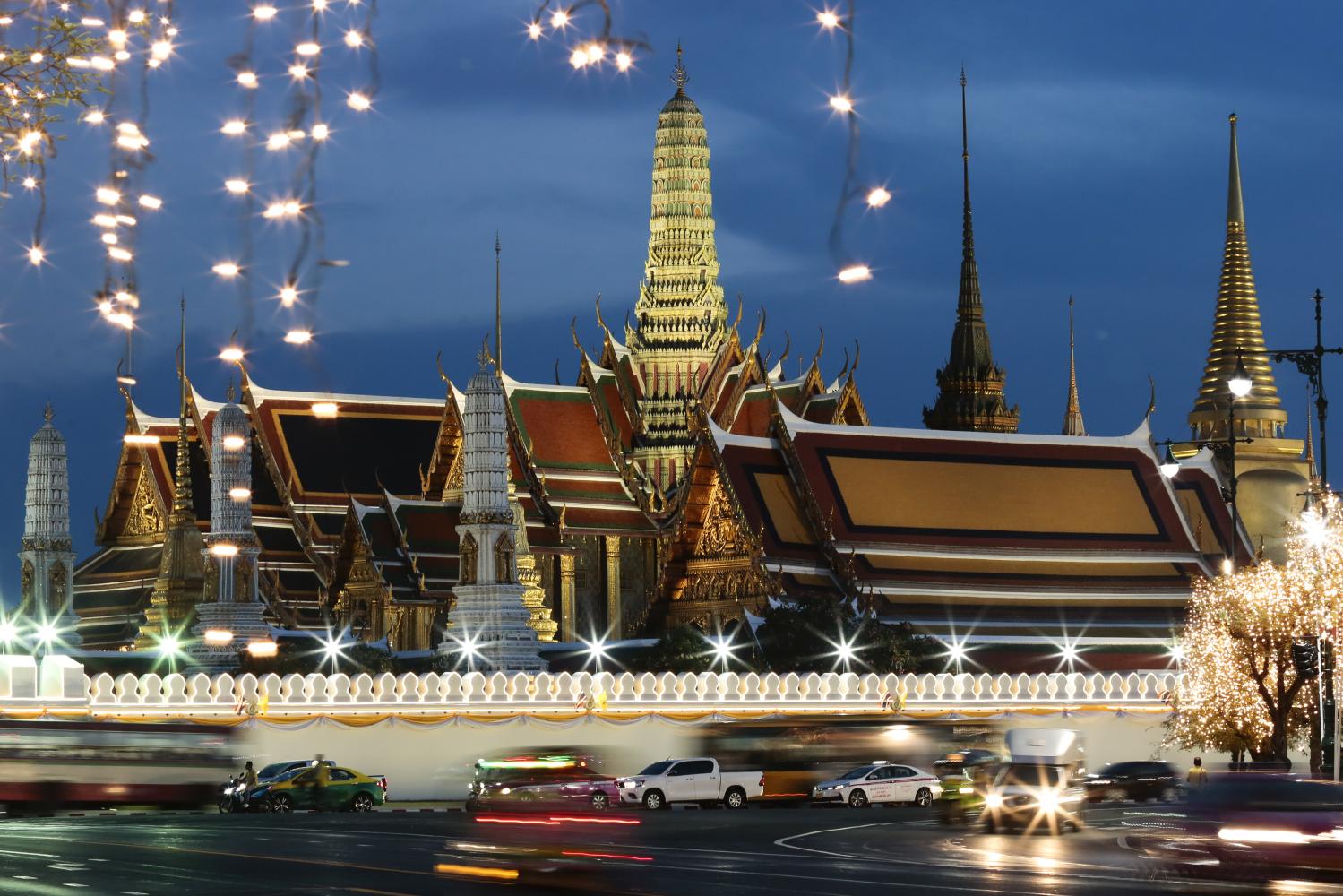 It will be the quietest celebration for the coming anniversary of Bangkok. The capital will reach its 238th year on April 21. During the past years, the Ministry of Culture hosted traditional performances, light and sound shows and exhibitions to mark the anniversary in various places.

But that will not happen this year due to social distancing, which is key to slowing down the spread of Covid-19. The ministry called off the plan for the celebration. Places we may want to visit for worshipping guardians of the city like the City Pillar Shrine or to ask for blessings from the Emerald Buddha image in the Emerald Buddha Temple are closed at least until the end of this month.

Nevertheless, it is an auspicious day, and Life would like to highlight some historical places and culture that have existed since Bangkok was named the capital more than two centuries ago.

Back in 1782, on April 6, the first king of the Chakri Dynasty of the present Rattanakosin Era ascended the throne. King Phra Buddha Yodfa the Great, or King Rama I, moved the capital from Krung Thon Buri Sri Maha Samut, the capital of Siam during the reign of King Taksin (1767-1782), on the west bank of the Chao Phraya River to the east.

According to a record at the Ministry of Culture, one of the reasons for moving the capital was that the old one had a river running through it, making it easier for enemies to attack. Secondly, the land where the old palace was located may face a problem of land erosion due to the river flow. In addition, the old palace of Thon Buri, which today is overseen by the Royal Thai Navy, was flanked by two old temples built during the Ayutthaya period. This made it impossible for a devout Buddhist like Rama I to demolish the temples for palace expansion.

The king then chose an area across the Chao Phraya River almost opposite the old palace for his new residence. It was in a little town called Bangkok, with fertile farmland and a flourishing trade centre in Ayutthaya period. The area for constructing the royal palace was home to Chinese merchants who were asked to move with appropriate compensation to settle in Sampheng area, about 3km away.

On April 21, 1782, the king hosted a ceremony to erect the city pillar. It was a ritual for housing guardian spirits of the city. According to the Office of the Royal Society, the king named the new capital Krungthep Mahanakhon Bawon Rattanakosin Mahintharayutthaya Mahadilokphop Noppharat Ratchathani Burirom Udom Ratchaniwet Mahastan Amonphiman Awatansathit Sakkathattiya Witsanukamprasit. The name was slightly changed (the third word, from Bawon to Amon) by King Rama IV to the present version. This means Bangkok is listed as the world's longest recorded name.

Shortly after the city got its pillar, the construction of the Grand Palace began. It was completed in 1778, or six years later. The palace covers an area of 218,000m².

Following tradition since the Ayutthaya period, the king ordered the royal temple be built in the palace compound. The aim was to house the sacred Emerald Buddha image, or Phra Kaeo Morakot. The sculpture is made of jade and adorned with garments made of pure gold, which are changed three times a year, at the beginning of each season.

Also built in 1782 was Wang Na Palace, meaning Front Palace. It was the residence of viceroys (or uparat in the Thai language). The uparat was the frontliner in war and protector of the king. (The position of uparat was replaced by the crown prince during the period of King Rama V.) Located north of the Grand Palace, the compound of Wang Na Palace was given over for use by Thammasat University, the National Museum Bangkok, National Theatre and Bunditpatanasilpa Institute.

During the reign of King Rama I, the capital was protected by city walls, 3.6m tall and 2.7m thick, and 14 forts. However, only two forts remain today. They are Phra Sumen Fort on Phra Athit Road and Maha Kan Fort on Ratchadamnoen Klang Avenue.

In addition, King Rama I also ordered the Giant Swing to be built in 1784, about 1.2km east of the Grand Palace. Following ancient tradition, the swing was built for the Brahmin New Year ceremonies of Triyampawai and Tripawai (the swinging ceremonies performed for Shiva and Vishnu, respectively). It was a ceremony for blessing the city.

According to records from the Fine Arts Department, the ceremonies had been celebrated since the Sukhothai Kingdom but were discontinued in 1931 during the period of King Rama VII, due to economic problems.

King Rama I died on Sept 7, 1809. His ashes were kept in the main ubosot (ordination hall) of Wat Phra Chetuphon, better known as Wat Pho, under the pedestal of the principal Buddha image called Phra Buddha Deva Patimakorn. Wat Pho is regarded as the royal temple of King Rama I. 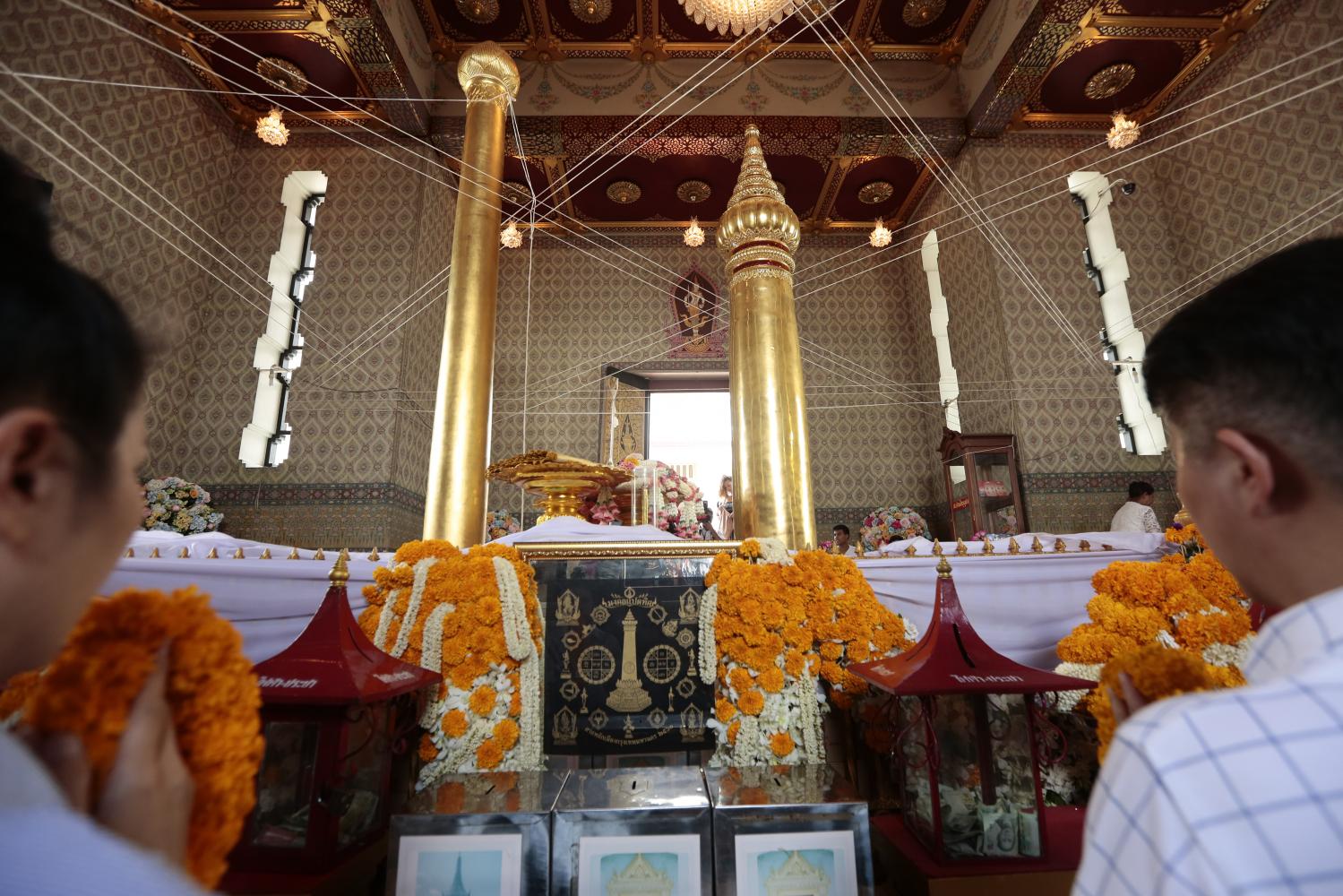 Located on Lak Muang Road, almost opposite Wat Phra Kaeo, the City Pillar Shrine houses the original city pillar, the thinner and taller one, left, and the little, shorter city pillar erected by King Rama IV as part of a renovation. It was said that the first pillar was pulled out and kept inside the shrine until 1986 when the shrine was renovated. The original city pillar was then erected again next to the new one. The picture was taken during the celebration of Bangkok's 236th anniversary. (Photo: Patipat Janthong) 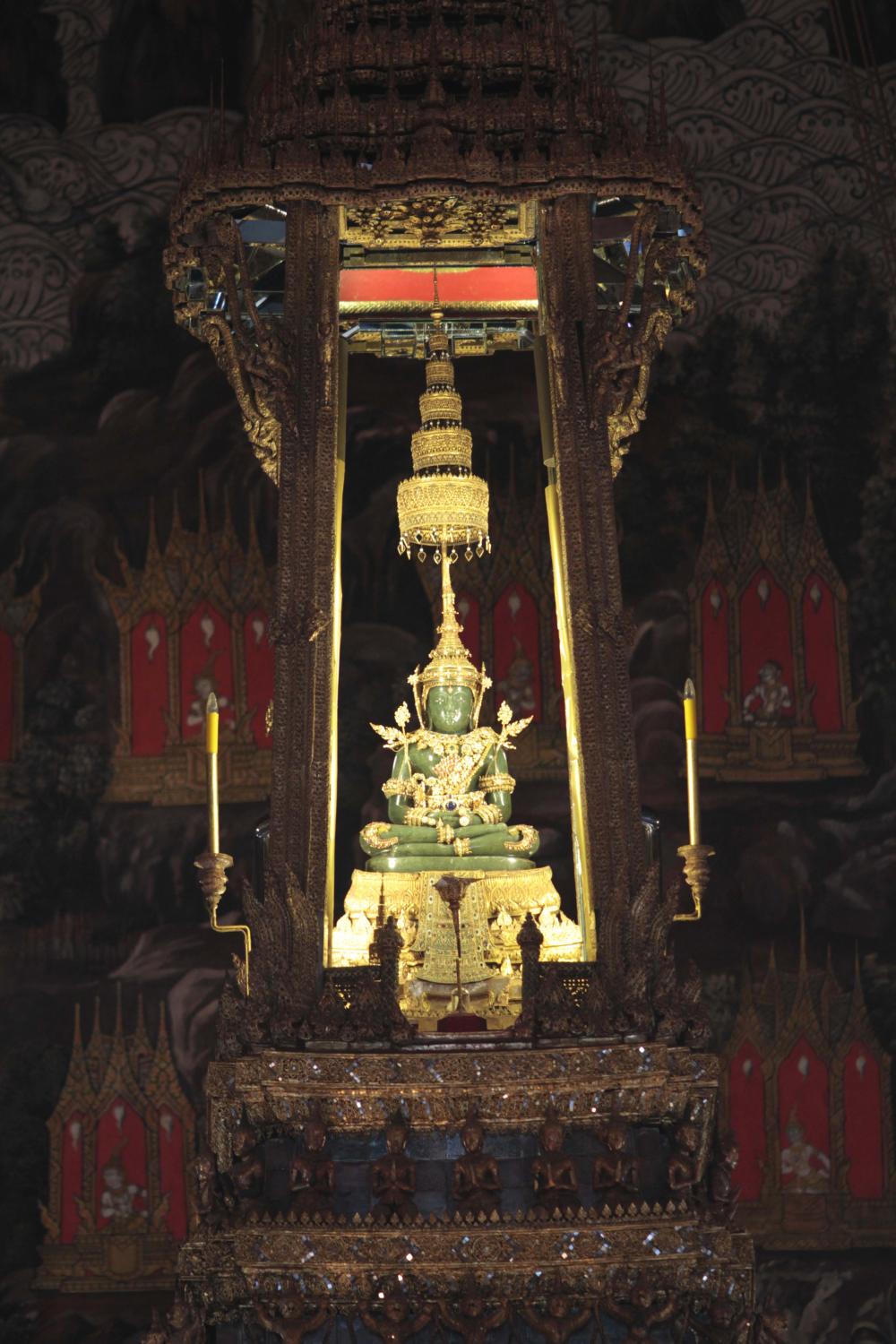 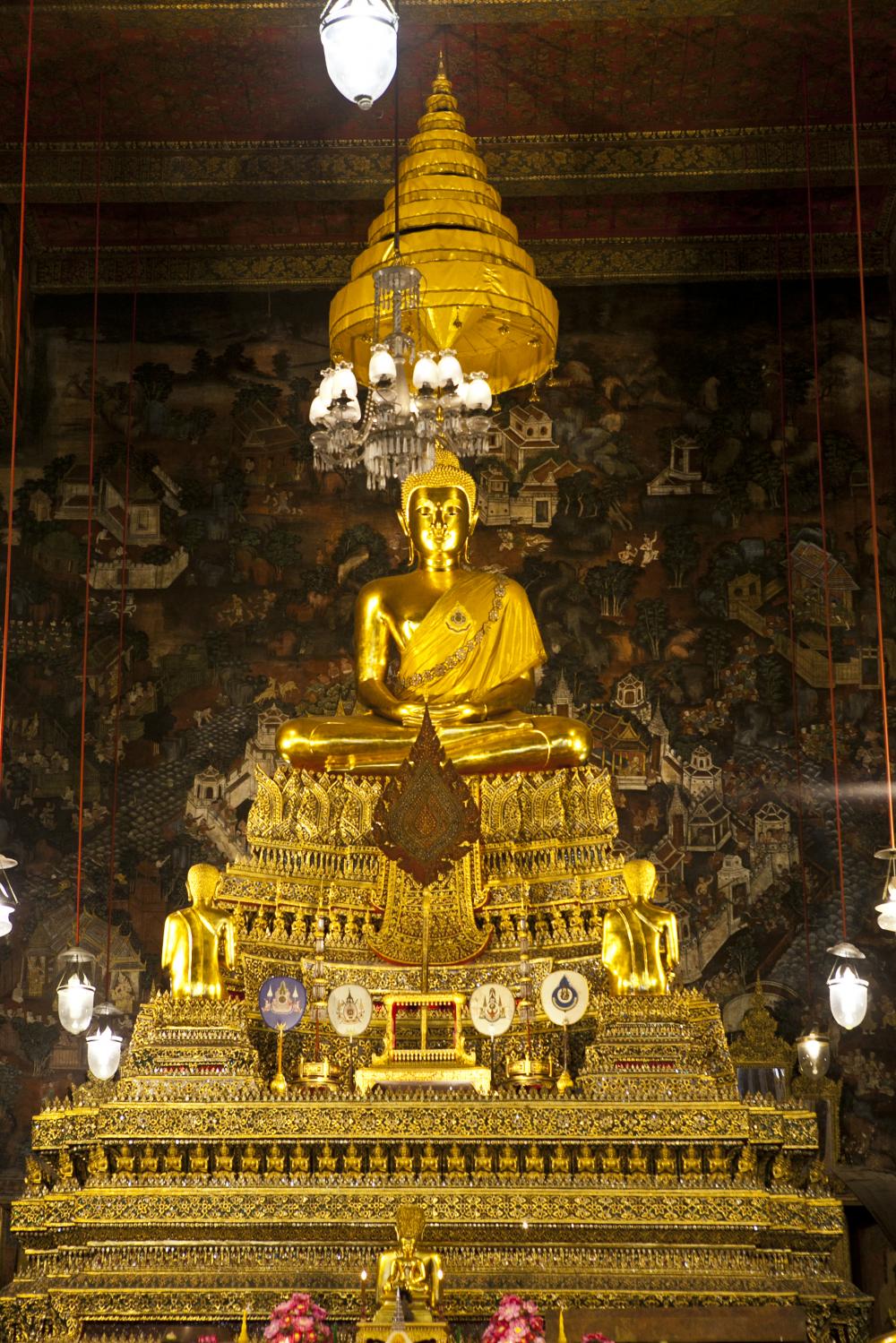 Built in the Ayutthaya period, Wat Phra Chetuphon (Wat Pho) was renovated by King Rama I in 1788, six years after he moved the capital to the east side of the Chao Phraya River. Located on a 51.2 rai site on Sanam Chai Road and south of the Grand Palace, Wat Pho is the birthplace of traditional Thai massage and a cradle of education since the period of King Rama III. The king collected old Thai wisdom including Buddhist precepts, traditional medicine, massaging therapy, history and poems. The knowledge was inscribed on 1,440 marble stone tablets, known as the Epigraphic Archives of Wat Pho. The inscriptions are placed around the ceremonial hall and nearby pavilions. In 2008, the United Nations Educational, Scientific and Cultural Organization honoured the ancient wisdoms as a Memory of the World for Asia and Pacific Region. The temple, which is listed among the top must-visit destinations in Bangkok, also houses a 46m-long reclining Buddha statue. The image was built in the reign of King Rama III. The temple is also a school for traditional Thai medicine and offers traditional Thai massage therapy. However, during the Covid-19 outbreak, the temple has been closed to the public until the end of this month. (Photo: Sunan Lorsomsab) 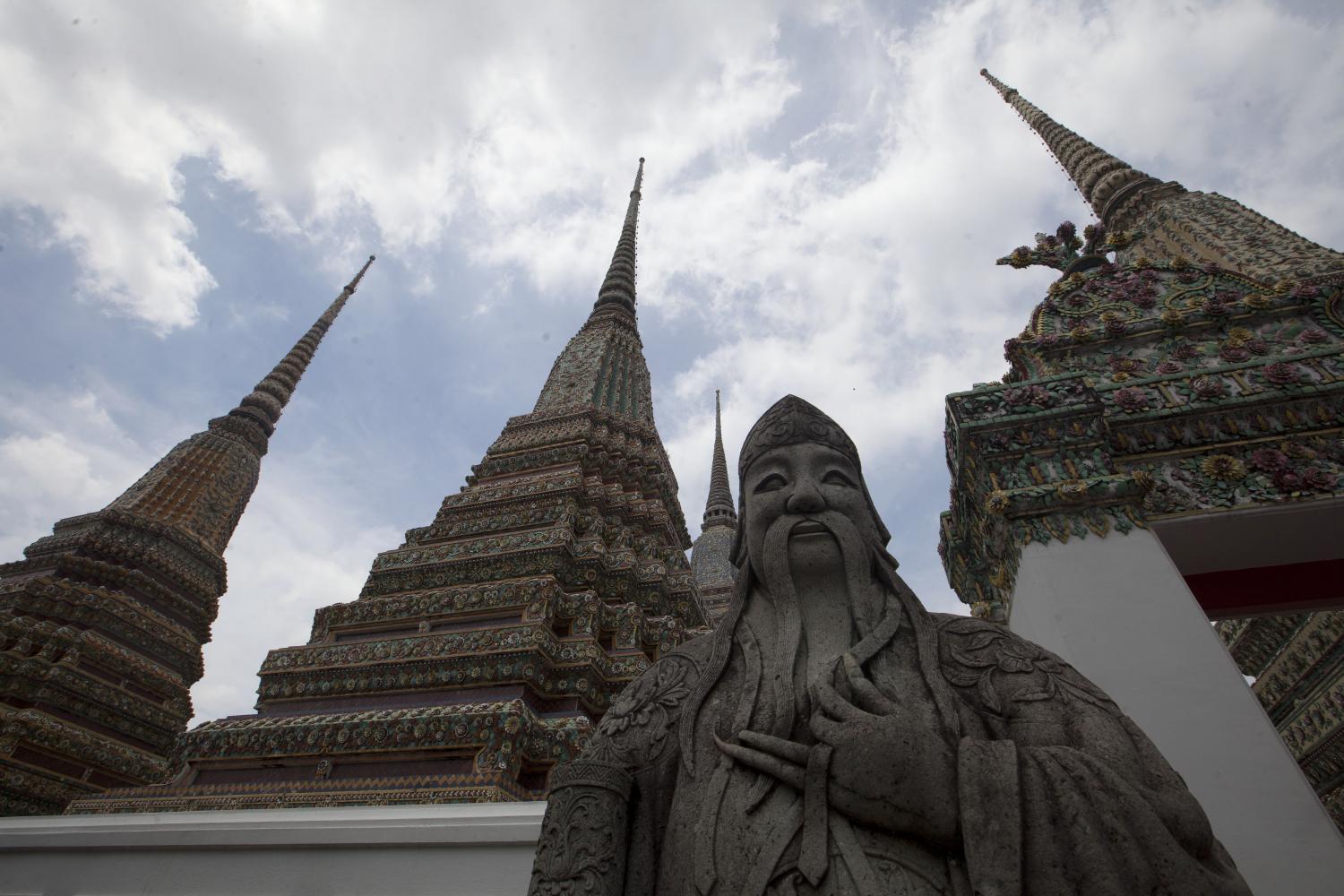 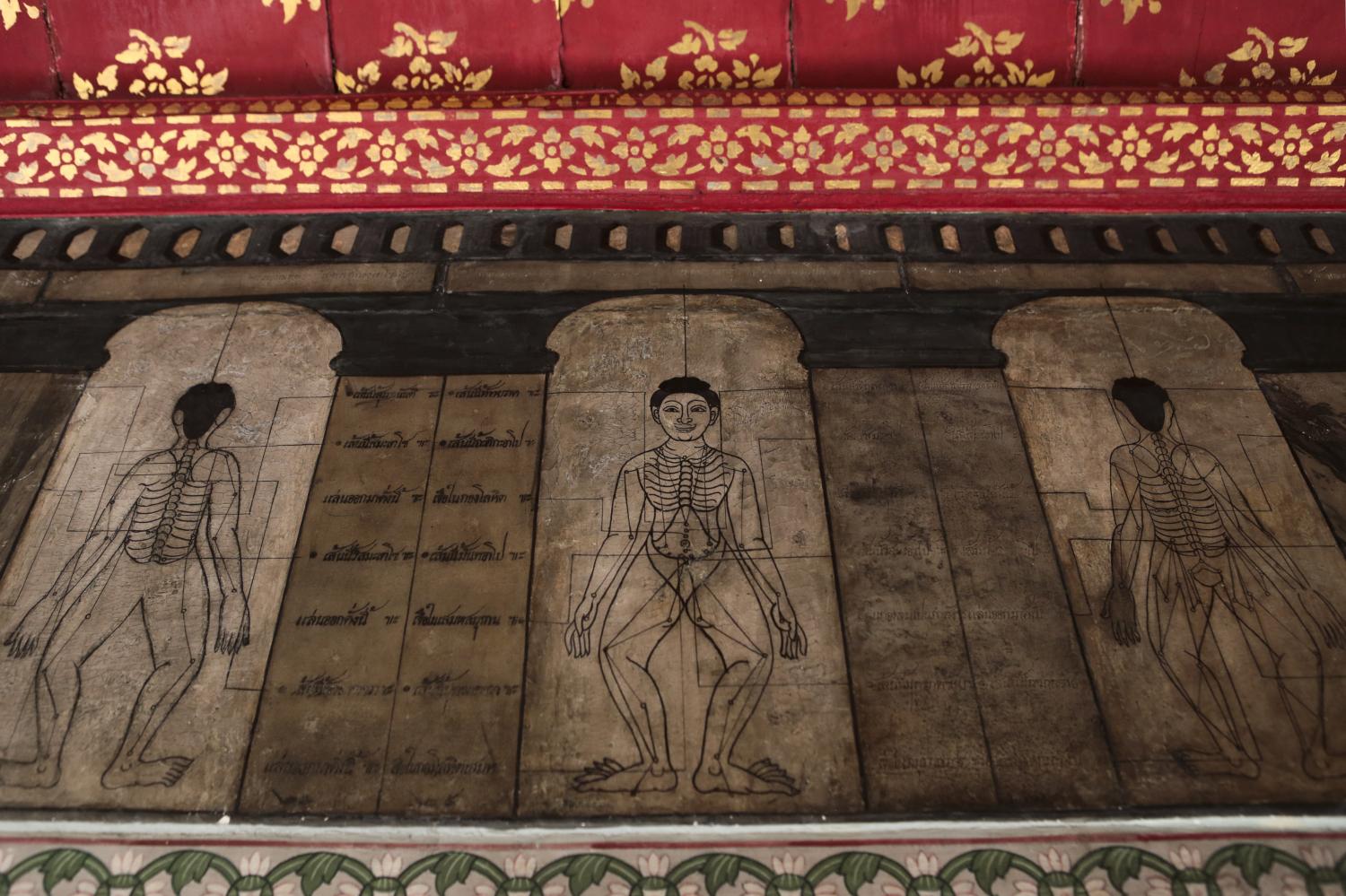 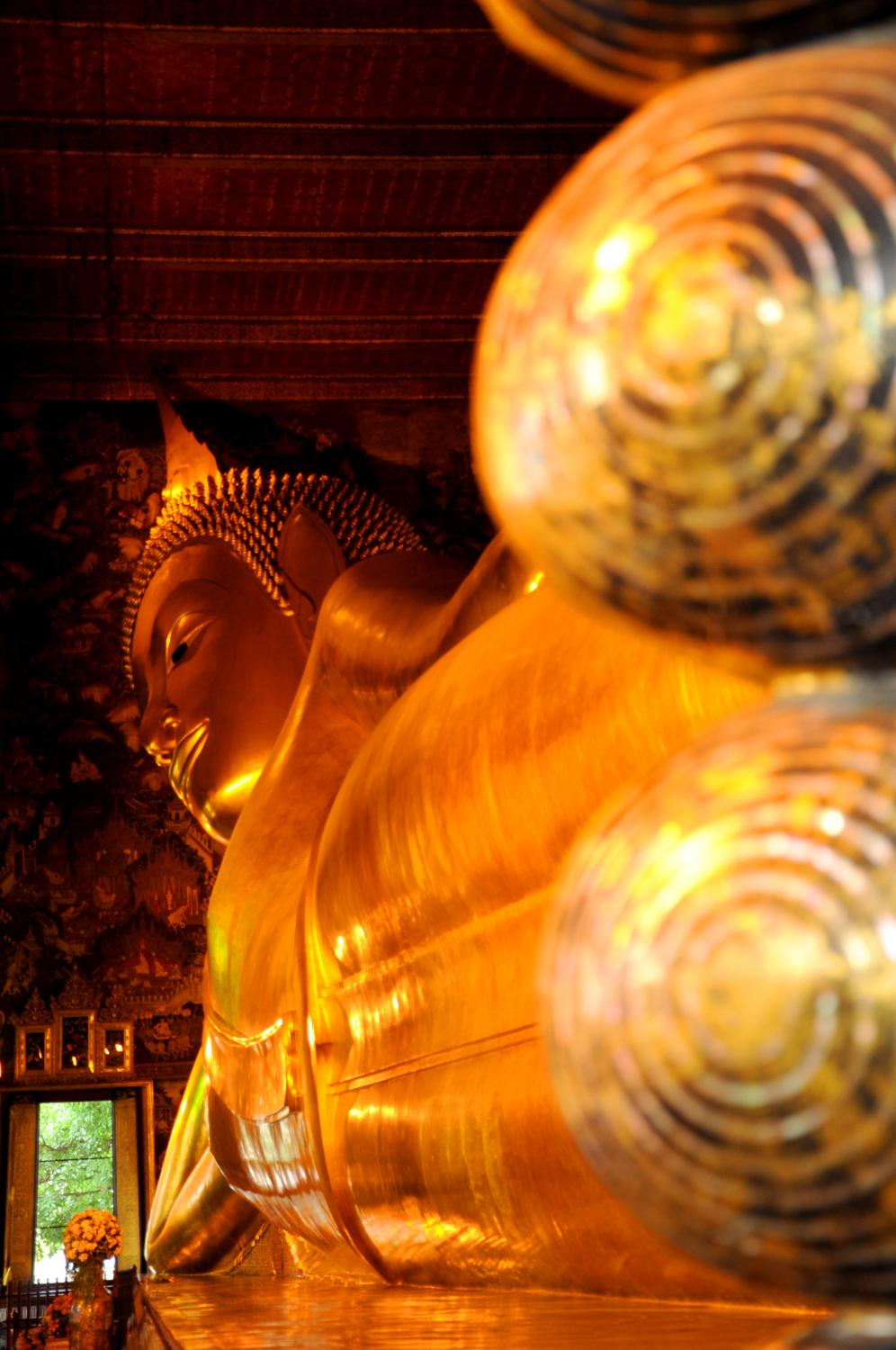 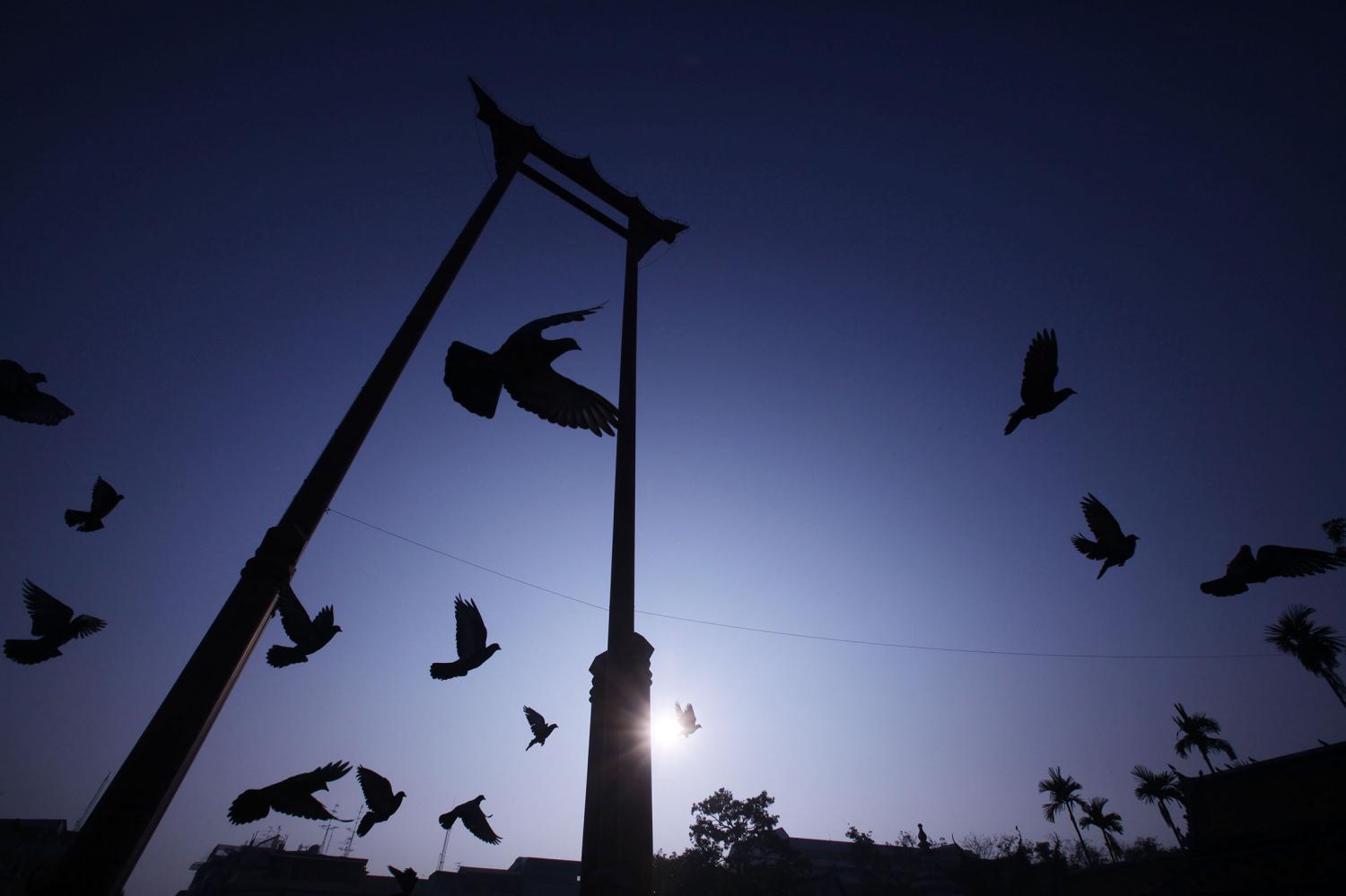 The Giant Swing has undergone three major renovations and the latest one was in 2007, three years after the Bangkok Metropolitan Administration (BMA) brought the Triyampawai and Tripawai ceremonies back to celebrate the 222nd anniversary of Bangkok in 2004. The BMA replaced the old pillars with six golden teak trees from Phrae. It expects the 21m-tall pillars will last another century. The old wooden plank used for carrying four men on the swing for the Triyampawai and Tripawai ceremonies was kept and is displayed in Devasthan Bosth Brahmana, a temple for worshipping Hindu Gods, located on Din So Road, a short walk from the Giant Swing. (Photo: Surapol Promsaka na Sakolnakorn) 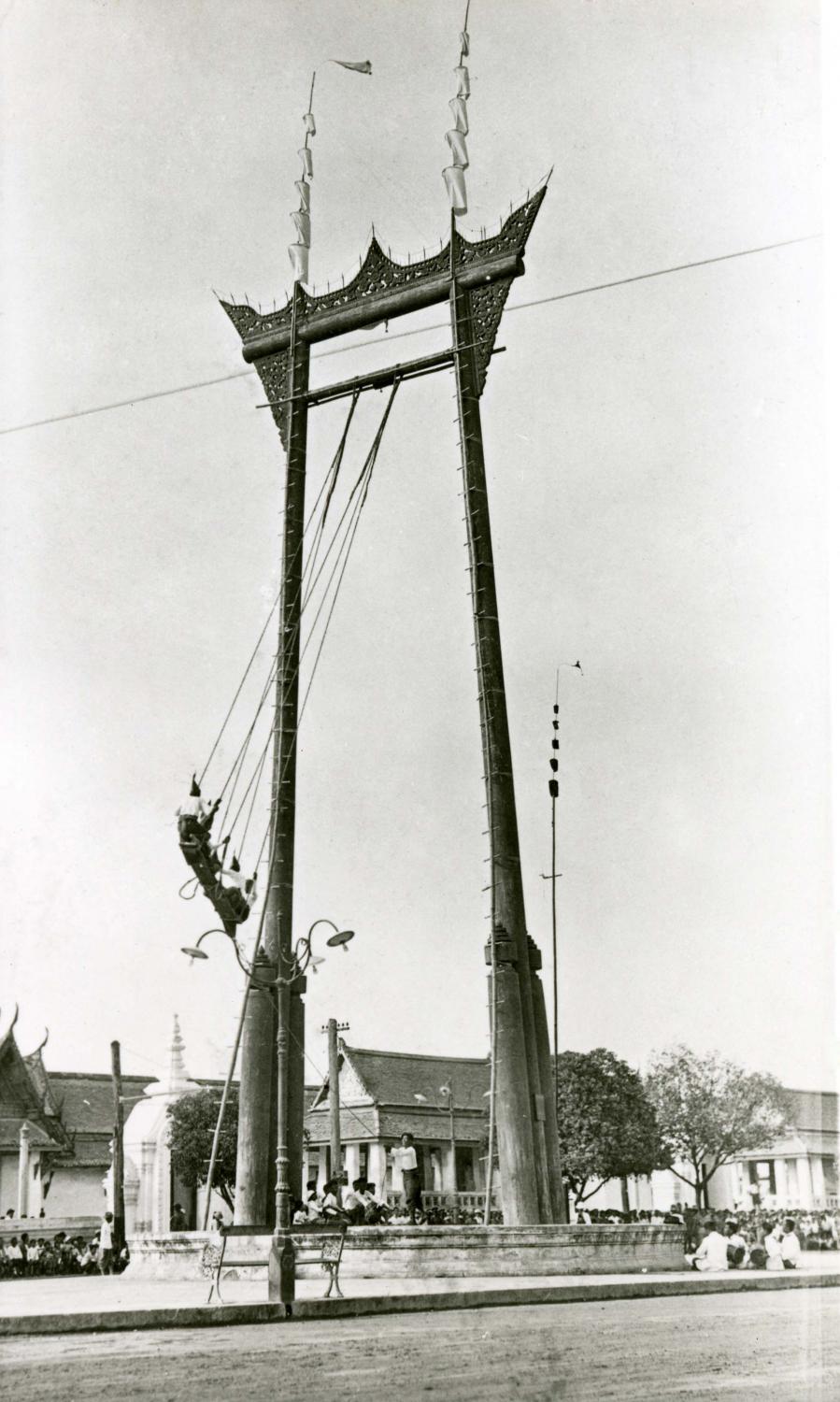 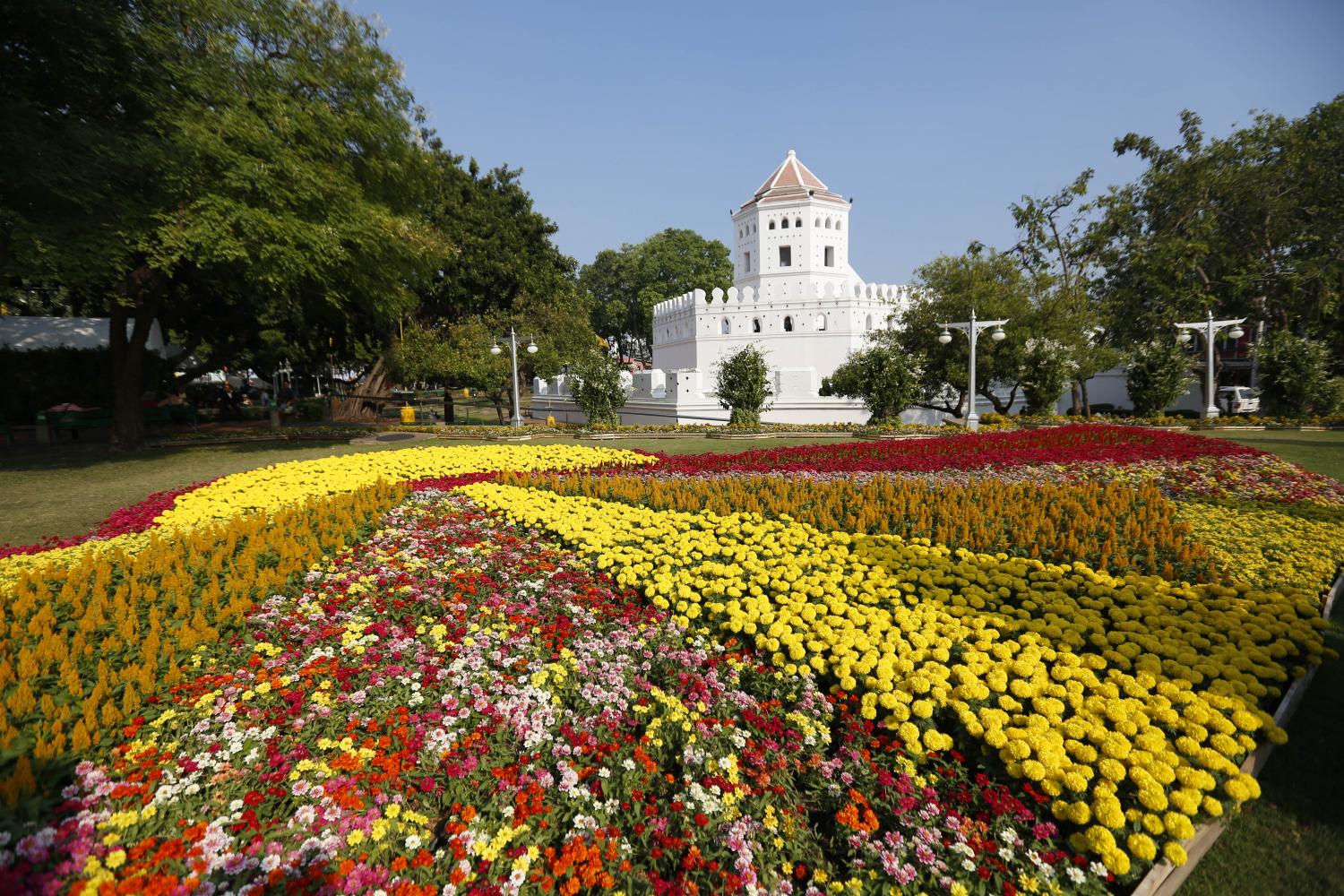 Located along the bank of Chao Phraya River on Phra Athit Road, Phra Sumen Fort was built in a hexagonal shape. It is one of the two forts that have survived time and modernisation. The fort was renovated by the Fine Arts Department in 1981. A public park was built in the same area in 1999 to celebrate the 72nd birthday of His Majesty King Bhumibol Adulyadej the Great (King Rama IX). Called Suan Santichaiprakan, the park also houses the Santichaiprakarn Throne Hall, the only riverside throne. (Photo: Pattarapong Chatpattarasill) 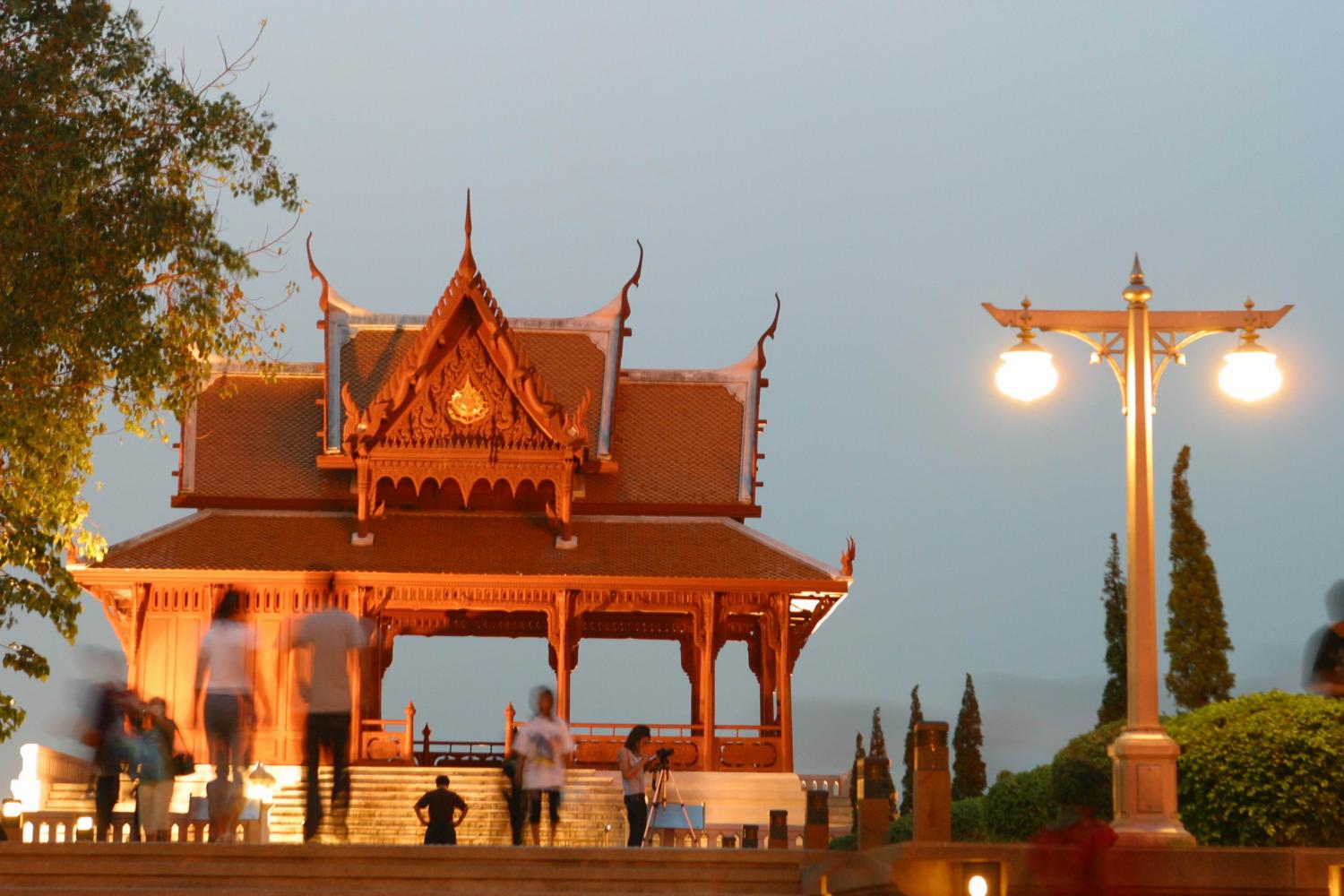 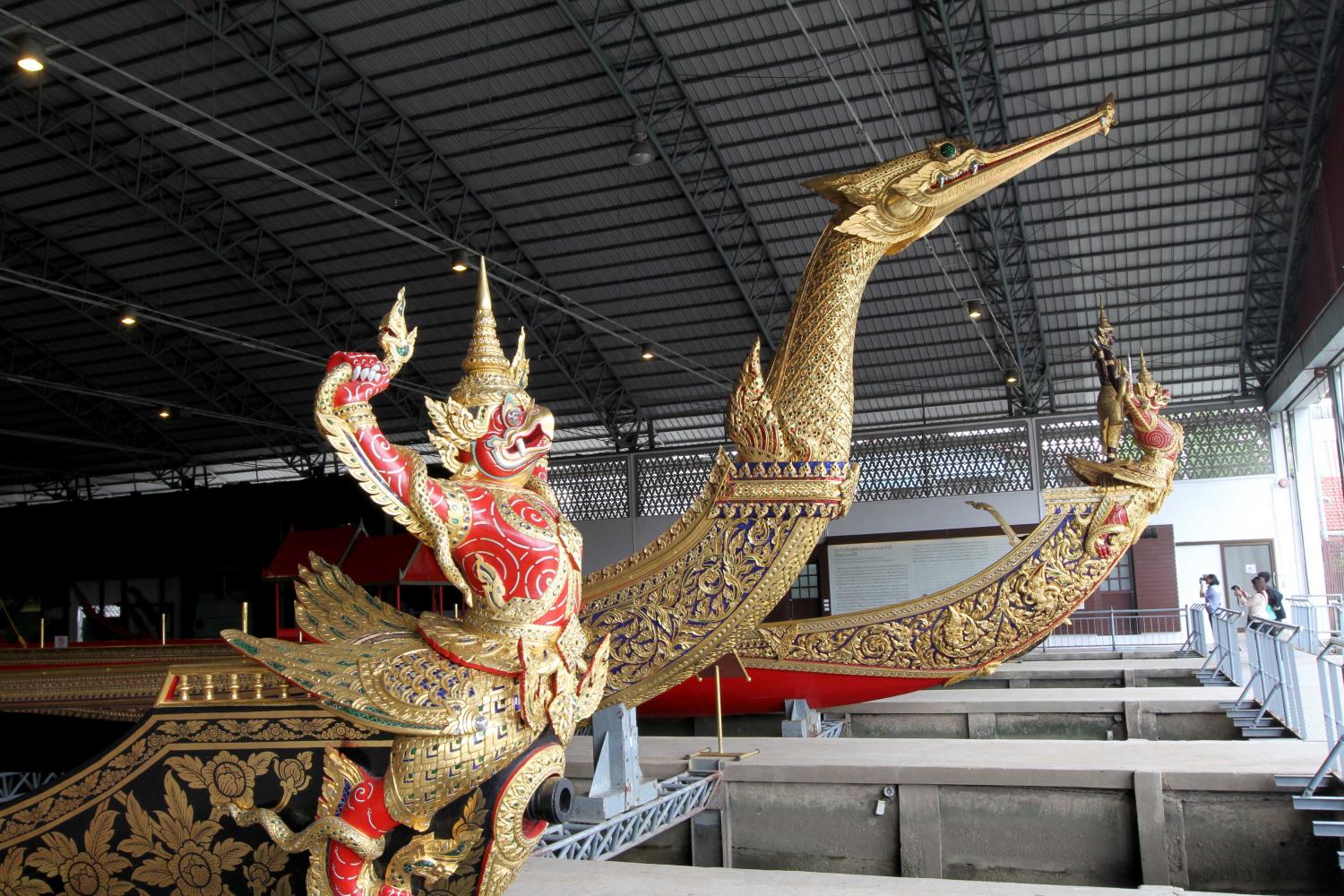 The royal barges were originally built during the period of King Rama I, following a tradition carried on since the Ayutthaya era. A naval shipyard was founded on the west bank of Chao Phraya River to build 67 barges. Today the shipyard is the National Museum of Royal Barges, which can be accessed via Arun Amarin Road in Bangkok Noi District. The shipyard was destroyed by bombs during World War II. In 1947, the Bureau of the Royal Household and the Royal Thai Navy worked with the Fine Arts Department to repair and recreate royal barges. Today the museum exhibits the Suphannahong Royal Barge, built during the reign of King Rama V, the Narai Song Suban HM King Rama IX Royal Barge, the Ekkachai Hoen Hao, Khrut Hoen Het, Krabi Prab Muang Man and Asura Wayuphak barges. Also displayed are old pictures of royal barge processions and decorative items. (Photos: Apichart Jinakul) 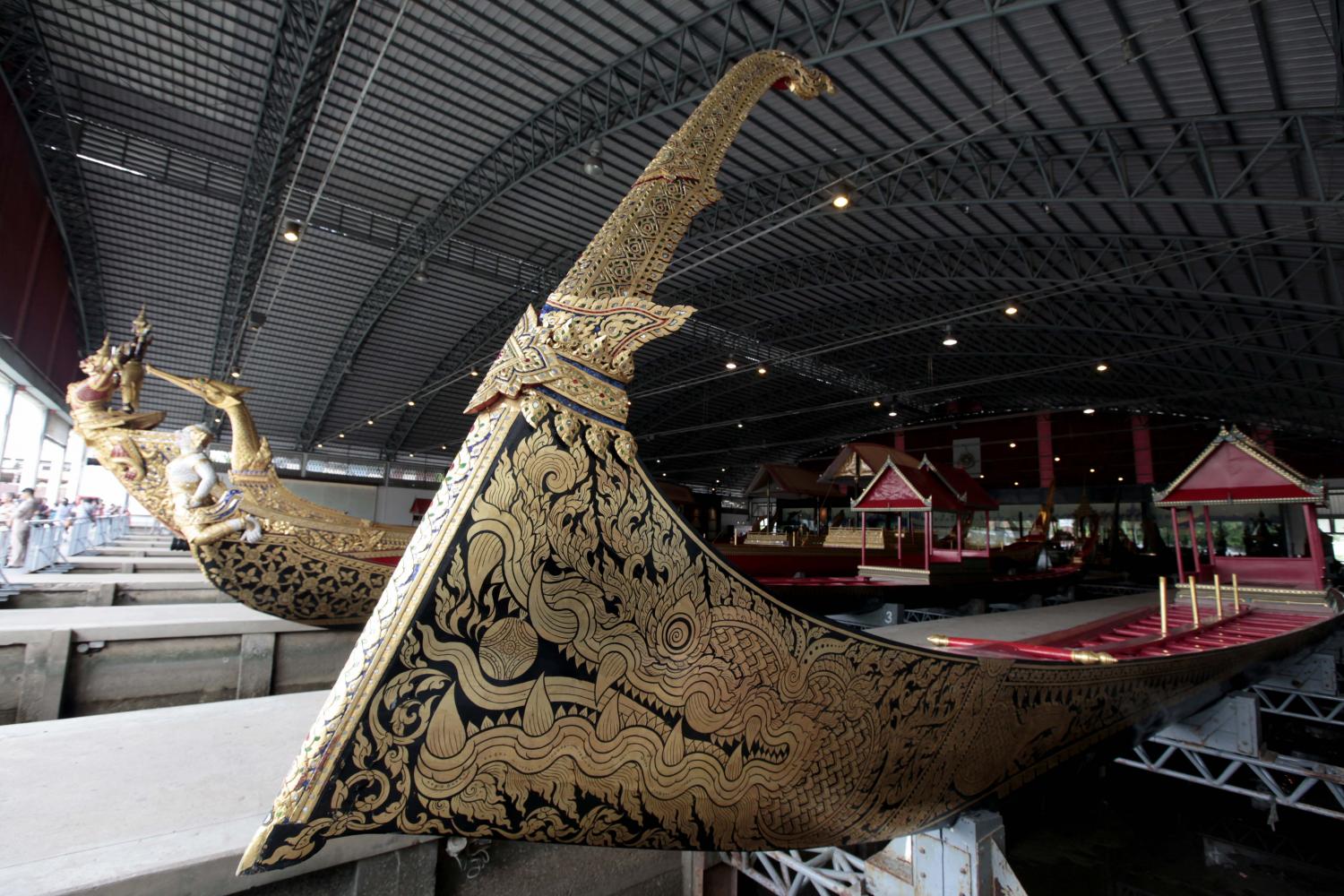 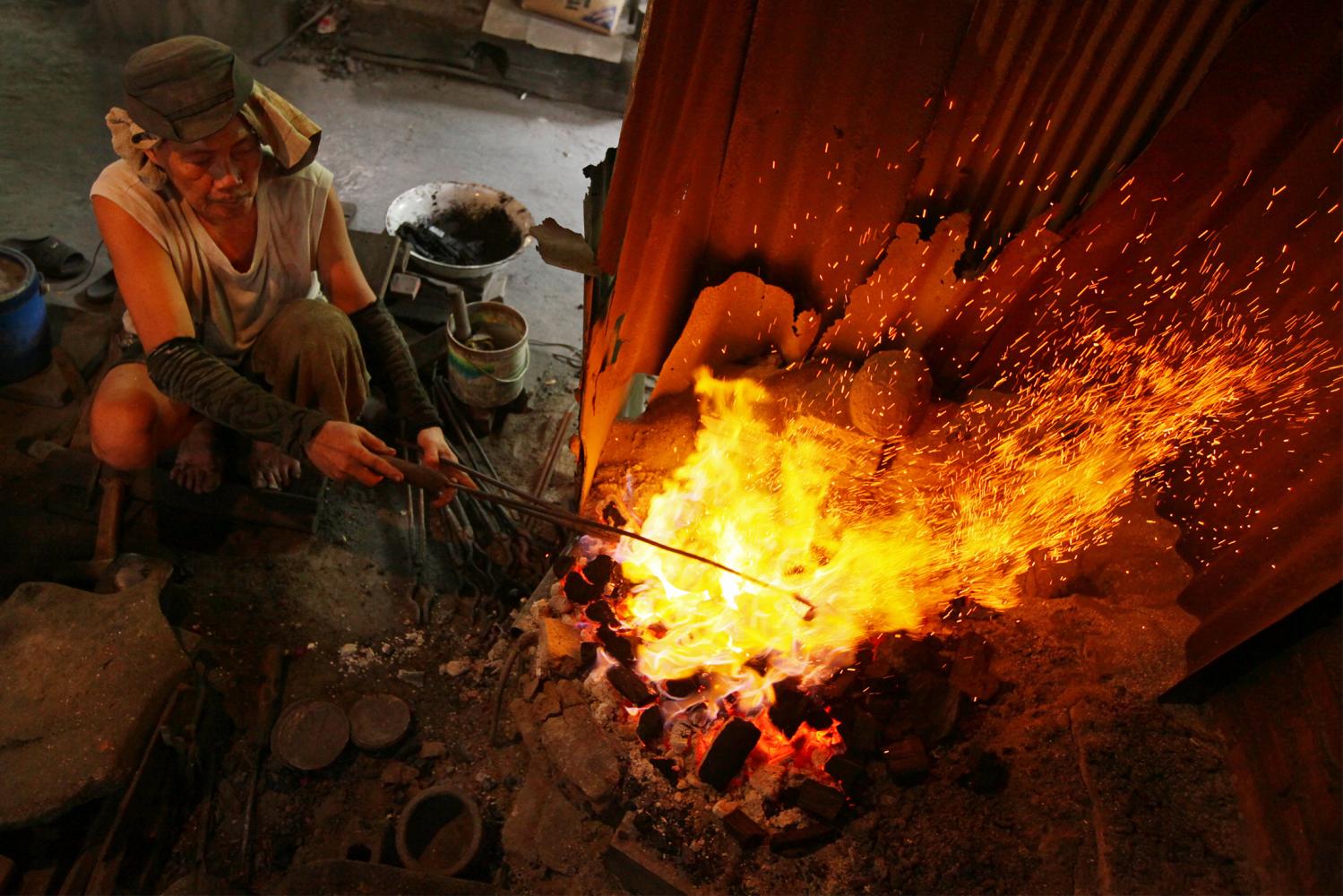 Ban Bu Community is the last place in Bangkok where the old wisdom of Khan Long Hin, or stone-polished bronzeware, still remains. The community is home to the descendants of craftsmen who fled from Ayutthaya to settle in the area of Bangkok Noi canal. For more than two centuries, the clanking sound of steel hammers striking on metal has been heard continually in the community. However, the number of craftsmen today is dramatically reduced to only a handful of khan makers in the Jiam Sangsajja stone-finished bowl factory. The work is labour intensive and harsh because craftsmen need to work in front of a blazing oven the whole day to forge metal sheets into the shape of a bowl. Today it is hard to find young people who are willing to carry on the heritage. The handmade product also has a high price when compared to machined bowls. The prices start from 1,000 baht to 20,000 baht depending on the size. The khan long hin of Ban Bu is typically bought by collectors or by those who want to support the dying arts. The factory owner, Metta 'Sangsajja' Salanon, in her 70s, vows to keep her family's business alive as long as she lives or until no more staff come to work. (Photo: Patipat Janthong) 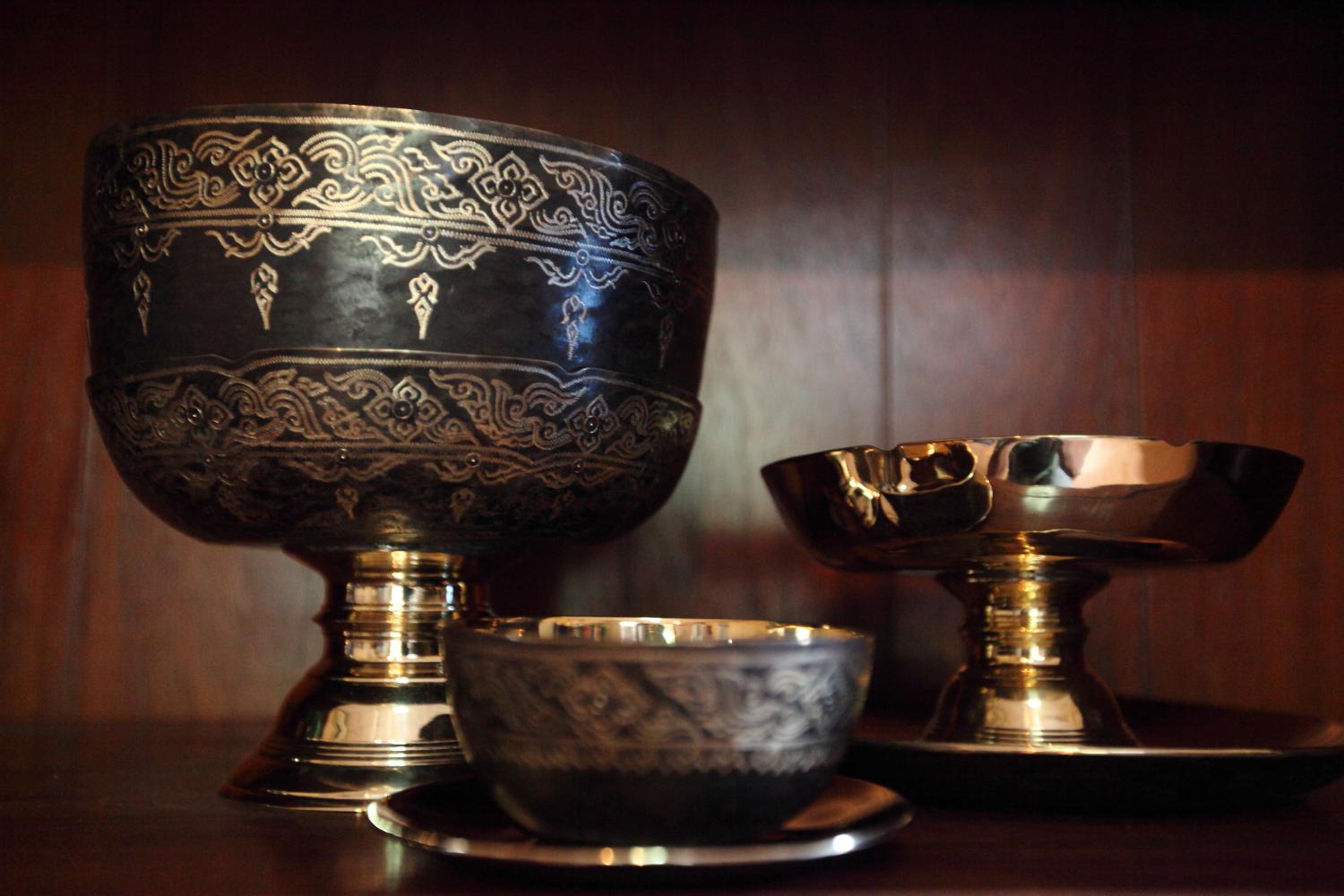 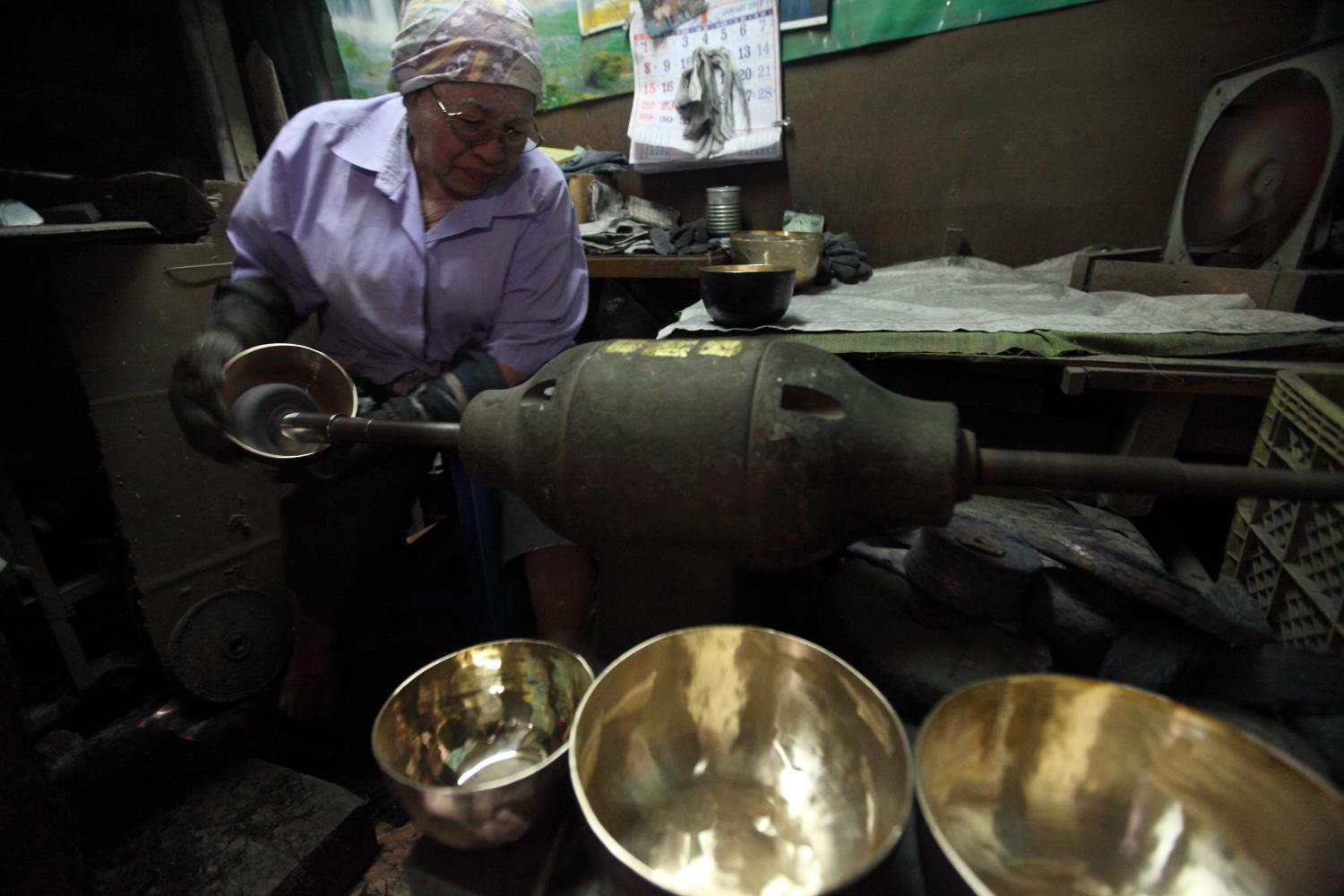 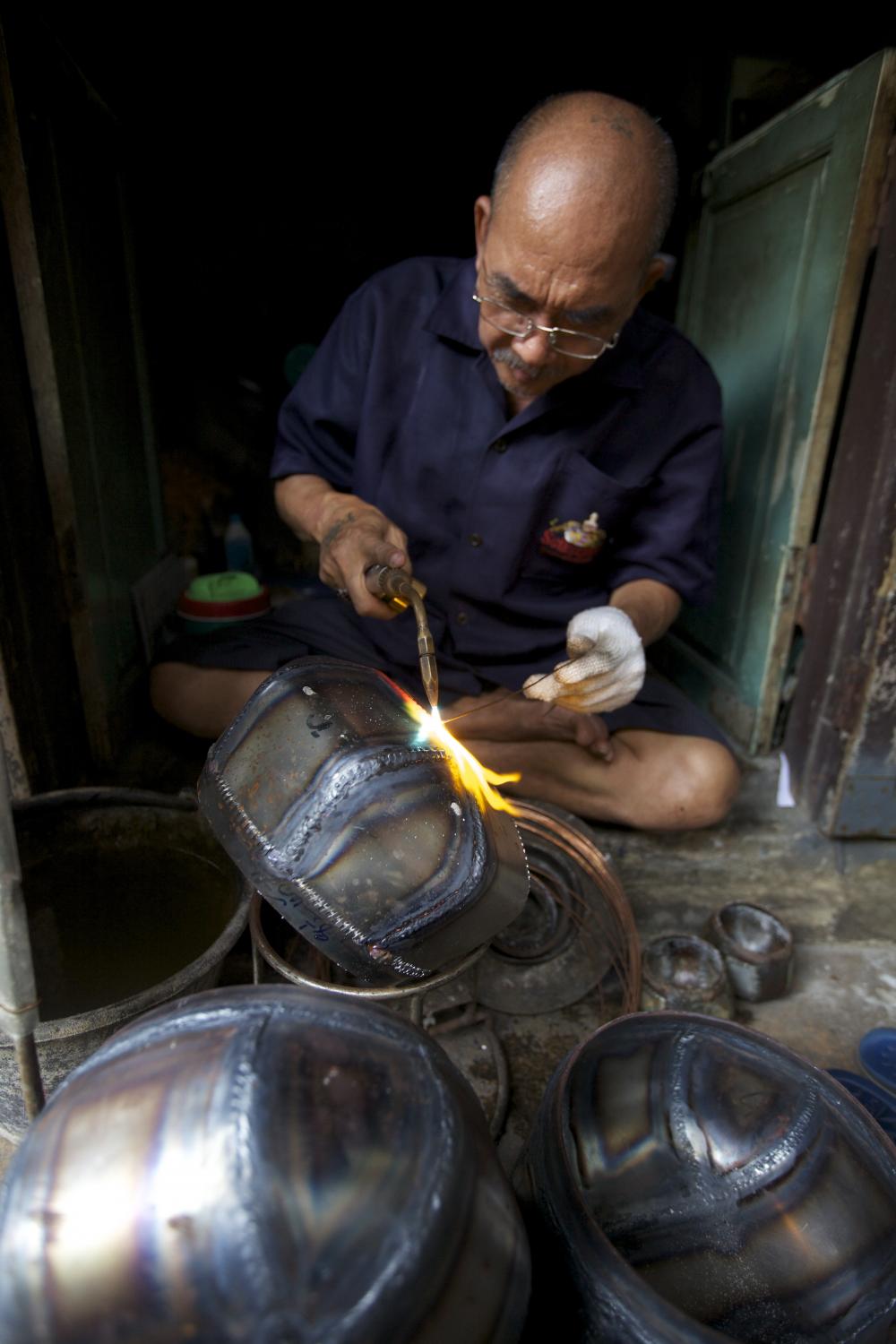 Located in Soi Ban Bat in Pomprap Sattruphai district, Ban Bat is another small community of craftsmen still making alms bowls, or bat, the same way their ancestors did more than two centuries ago. Like Ban Bu, Ban Bat was founded during the reign of King Rama I when a group of craftsmen fled Ayutthaya to settle in the area around 1783. At the time almost every family in the community made alms bowls for a living. Also like Ban Bu, today only a small group of bat makers keep the technique alive. Fortunately, the artisans still have regular orders, especially from those who love handmade products. 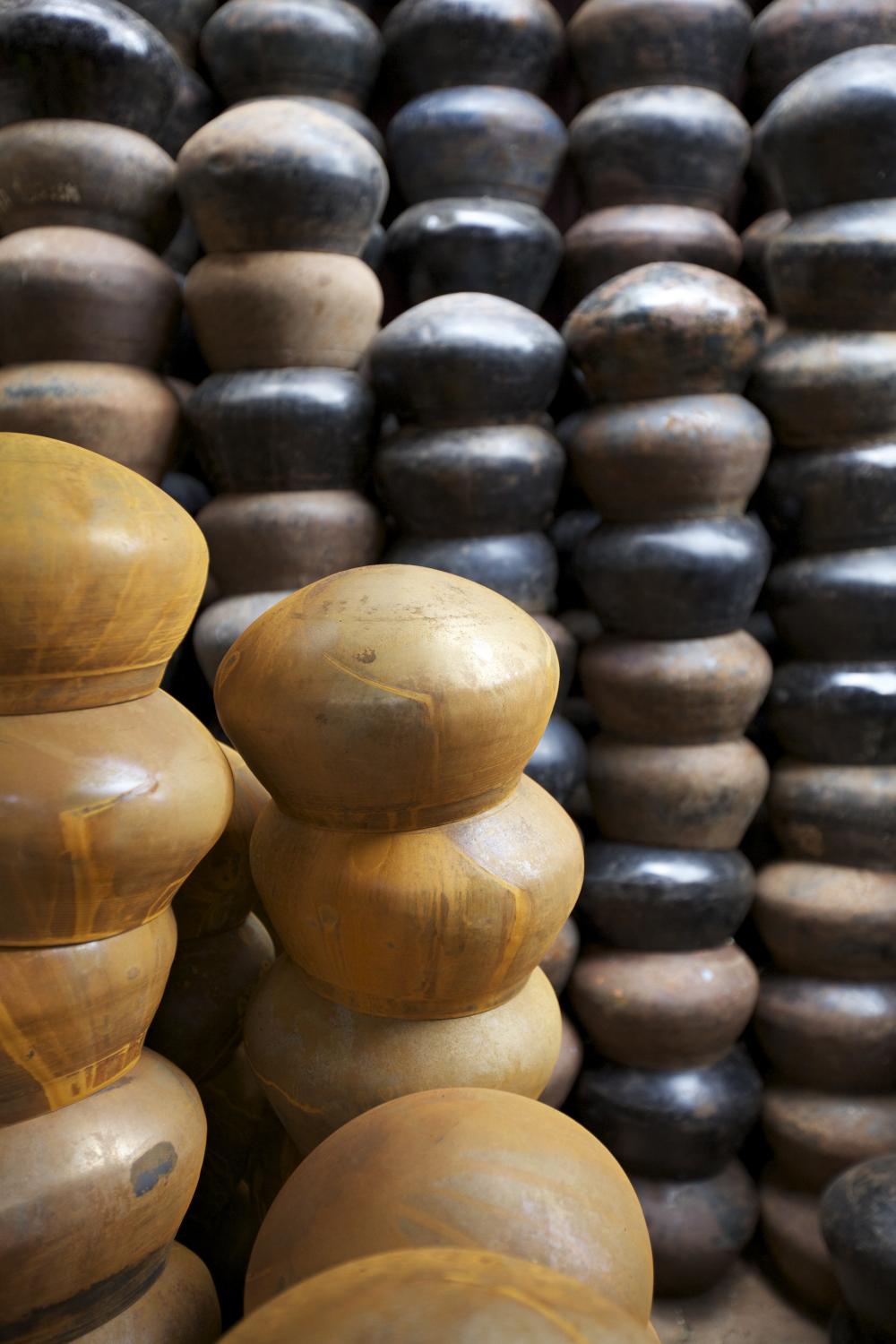 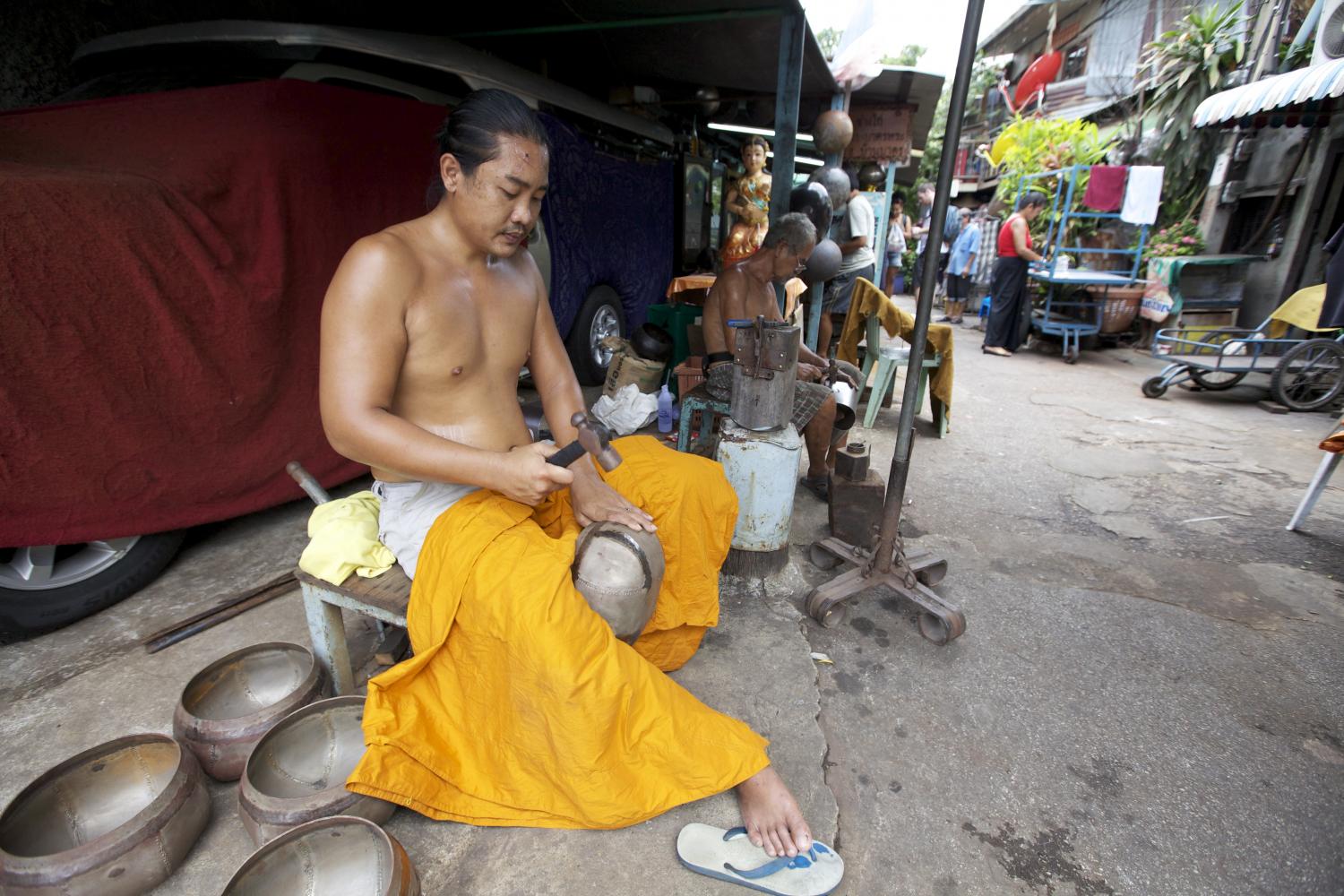 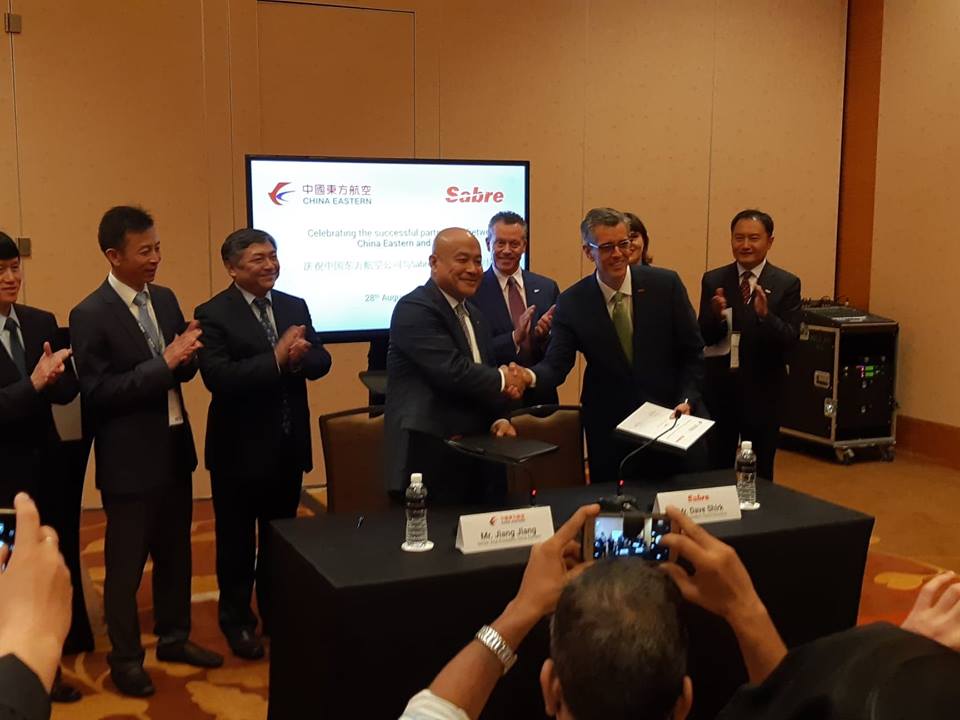 Posted by Travelelog - August 28, 2018 0
Kicking off proceedings with a bang, Sabre Corporation began the first day of its STX conference at the Sands Marina… 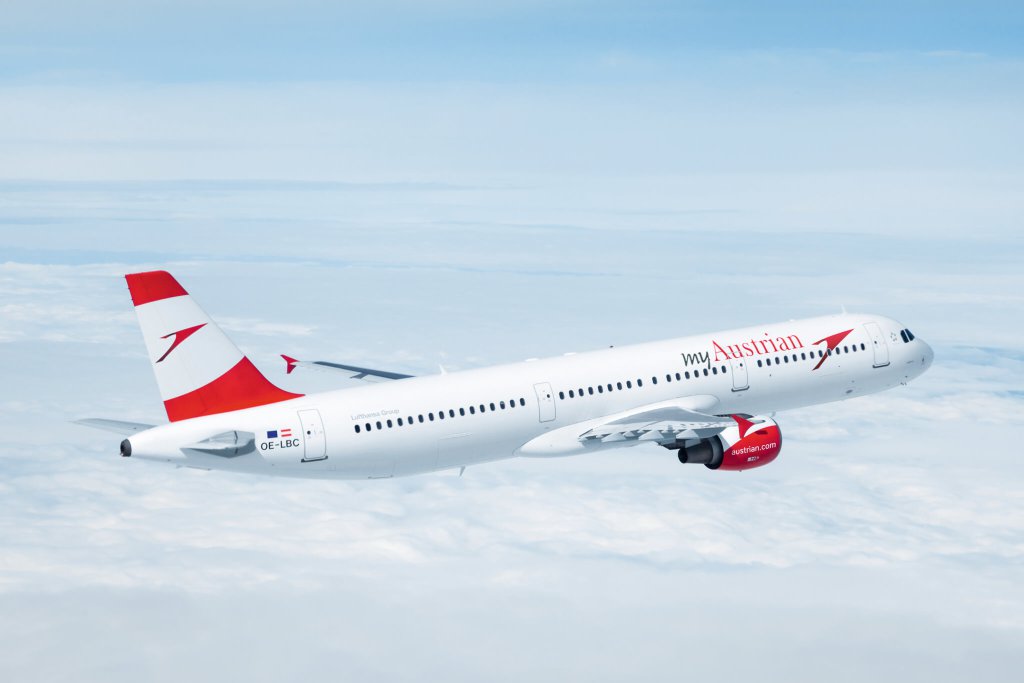 Posted by Travelelog - October 24, 2018 0
Back in September of 2017 Austrian Airlines (ANA) cancelled its service from Vienna to Tokyo because of increased completion on…

U by Uniworld offers cruises for all agents

Posted by Travelelog - November 15, 2017 0
U by Uniworld offers cruises for all agentsFollowing the U by Uniworld’s “Sneak Peek” cruise on The B last month,… 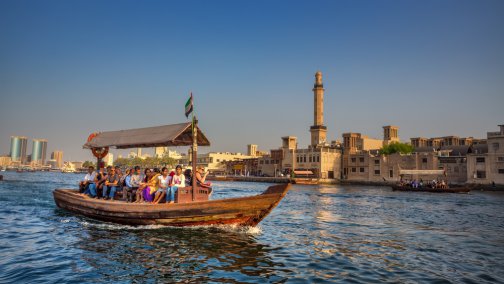 Posted by Travelelog - April 3, 2018 0
DUBAI’S abras (water taxis) are essential for ferrying people around the city’s waterways. But sometimes the slow sea breeze that…