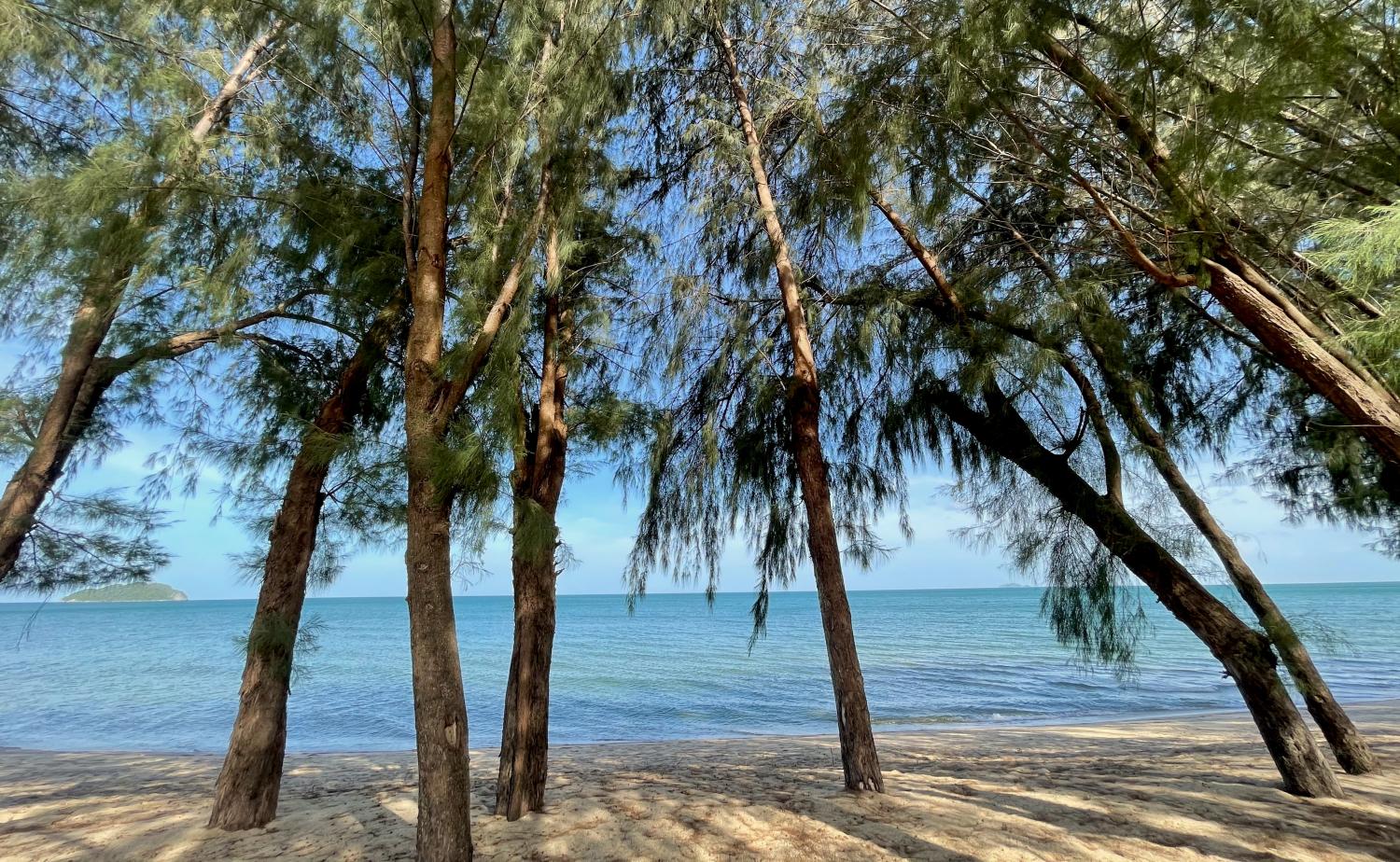 Tall casuarina trees (son talay in Thai) stand handsomely in rows along the coastal line of Wa Ko beach in Prachuap Khiri Khan’s Muang district. Branches of those needle-like leaves sway in the wind while soft waves curl up to the shore.

During the late afternoon last Monday, the beach was quiet. I found no other visitors around. No one swam in the calm and shallow sea either. I strolled along a sandy beach that stretches out as far as the eyes can see. Nothing can soothe the soul like a walk on the beach and that is quite true.

The beach of Wa Ko (also spelled Waghor) is quite low profile when compared to the famed Hua Hin and Khao Takiab beaches or even its neighbour Ao Manao.

But Wa Ko made history about 150 years ago. It was the best site to witness a solar eclipse as precisely calculated by King Mongkut, or King Rama IV. The king travelled to the Wa Ko coastal village by boat from Bangkok together with 1,000 people including foreign guests, including astronomers and diplomats. A structure was built for the king and his guests to observe the natural phenomenon, a rare astronomical event that was unknown to people in those days.

At 10.04am on Aug 18, 1868, the Moon obscured the Sun. The day sky gradually darkened like night. The peak coverage of the total solar eclipse took place at 11.36am when the moon looked more like a ring of fire in the sky. The annular eclipse lasted for six minutes and 45 seconds. It was said that the king had predicted the natural phenomenon two years before it happened. The event also made him renowned internationally as a great scientist.

To honour his skills in science, the government of Gen Prem Tinsulanondal named the king the Father of Science in Thailand in 1982. The government also marked the date of Aug 18 as National Science Day.

The park has a bronze statue of King Mongkut in a naval uniform. His sculpture is seated in a chair as his face looks at the sky, imitating the time of the royal visit. The king’s sculpture is located at the spot believed to be the location where he observed the solar eclipse 153 years ago.

Aiming to be the knowledge centre of science, the park has various facilities built to educate visitors, especially children, about science and life on earth. The park houses a planetarium, a seven-storey structure built in a spiral design. It displays pictures and information about the history of astronomy, space and science along the wall starting from the ground to the top floors.

The exhibition is quite dry though. I believe no one will read all the information or learn anything much from it except that the interior design looks nice in photos.

The planetarium also connects to an exhibition hall of King Mongkut. His life-size sculpture stands at the gate along with models of the tools he used for calculating the solar eclipse.

Also housed in the science park is the Waghor Aquarium. The facility seems to be the highlight of the park as young visitors might be more excited to see various kinds of colourful fish and sharks up close.

The aquarium was built in 1999-2002 with a budget of about 163 million baht. Another 32 million baht was later added for acquiring and exhibiting marine life. The exhibition covers 3,600m² of space, consisting of six zones where you can see freshwater fish and sea life. QR codes are installed on each fish tank for visitors to scan for more information about each fish. Photos are allowed without the use of flash.

One of the highlights of the facilities is a two-storey fish tank with a sloping walkway to observe two blacktip reef sharks, groupers and schools of fish swimming around the artificial reefs. The aquarium also has a fish tunnel where you can see eagle rays swimming around although the water is not that clear. The last zone is an outdoor exhibition of starfish and big green turtles and hawksbill turtles.

The last tourist attraction in the memorial park is a one-rai butterfly garden but the facility is permanently closed.

I left Wa Ko before sunset to visit my favourite Ao Manao beach overseen by the Royal Thai Air Force’s Wing 5 airbase. The beach is open to anyone. It is a long, quiet and clean beach where you can lay down your towel for sunbathing. There is a designated area for beach chairs and umbrellas.

The Ao Manao beach gets its name from the semicircle bay shape that looks like a slice of lime or manao. The place was once a battleground between Thai and Japanese troops during World War II.

A historical record showed that at 4am on Dec 8, 1941, about 2,000 Japanese soldiers came ashore at Ao Manao and nearby Ao Prachuap. They planned to invade Burma (now Myanmar) via the Dan Singkhon border passage, about about 20km from Ao Manao. (At present, Dan Singkhon has an immigration checkpoint and a border market but the border is closed due to the Covid-19 pandemic.)

During World War II, Prachuap Khiri Khan was one of the six southern provinces that were raided by Japanese armed forces. Japanese soldiers outnumbered Thai troops as there were about 15 policemen at Ao Prachuap and 40 soldiers plus 100 civil servants stationed at Ao Manao. The battle lasted about 36 hours before Thai troops were informed by an urgent telegram from the government that Siam had become an ally of Japan.

To honour the war heroes, the air force built a monument with a large carved stone telling the story of the battle. It also exhibits four old aircraft as well as a museum to exhibit historical photos. The museum is open only on weekends and holidays.

Walking distance from the war hero monument is the shrine of Chao Pho Khao Lom Muak, a guardian of the bay. The sculpture of the guardian dons a costume making him look like an old Chinese man. Locals believe the guardian was a Chinese immigrant who migrated to the area during the Ayutthaya period. He had a kind heart and was loved by people because he liked helping others. After he died at the age of 97, locals built the shrine for him on the foothill of Khao Lom Muak or Lom Muak Hill.

Nearby the shrine is a trail to climb to the hilltop, about 300m above sea level. The top of the hill is a viewpoint with panoramic views of Ao Manao, Ao Prachuap and Ao Noi bays. There is also a Buddha’s footprint built during the period of King Rama IV for visitors to pay respect. During the pandemic, access to the trail is closed.

While walking along the foothill, you may spot spectacled leaf monkeys or dusky langurs on big trees. The animal is listed by the International Union for Conservation of Nature (IUCN) as an endangered species and has been protected by Thai law since 1992.

The langur has white patches around the eyes, resembling a pair of eyeglasses, and mouth. They have grey fur on the head and body while the tail is almost as long as their body. Adults can grow up to 61cm in height with a tail length from 50-85cm. Its weight can grow up to 7.4kg. Newborn monkeys, on the other hand, have bright yellow fur. They have pale pink face and ears. The fur changes to a greyish colour around six months of age.

Dusky langurs eat fruit, seeds and leaves. Sometimes you will find a soldier or two sitting inside the shrine of Chao Pho Khao Lom Muak with a big plastic box containing bags of sliced corn, tapioca or peanuts for sale. The food is for visitors to feed the dusky langurs.

Whenever I visit Ao Manao, I will go to see the langurs. They are quite familiar with people. Even children can feed a langur by hand. It will quickly grab the food and run back to the upper part of the tree. But be careful not to stand too close to them and check any branches above you as you will not know when the langurs will pee.

If you decide to spend a night, the Wing 5 base also offers accommodation. Although the facility is a bit old, it is worth it because the place is quiet and peaceful. It’s a good place for those seeking a spectacular view and self-isolation.

The King Mongkut Memorial Park of Science and Technology is open daily from 9am to 4pm. There is only one place that you need to pay the administration fee which is the Waghor Aquarium. The fee is 50 baht for adults and 30 baht for kids. For more information, visit its website at waghor.go.th or call 032-661-726.

The Royal Thai Airforce Base Wing 5 is open daily. It also offers discounts for its Fa Chom Kluen accommodation during the low season. Prices for a night stay start from 1,060 baht for two to 1,880 baht for up to six guests. The prices exclude breakfast. Visit fachomkluen.com or facebook.com/fachomkluen or call 032-661-088/9 and 032-611-017.

Posted by Travelelog - June 15, 2018 0
The European Travel Commission (ETC) and ForwardKeys have released a detailed study to help Europe’s tourism industry tap into the… 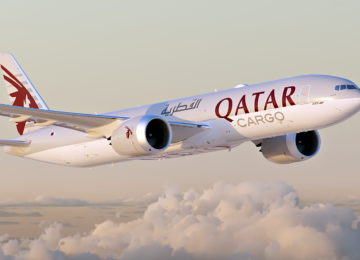 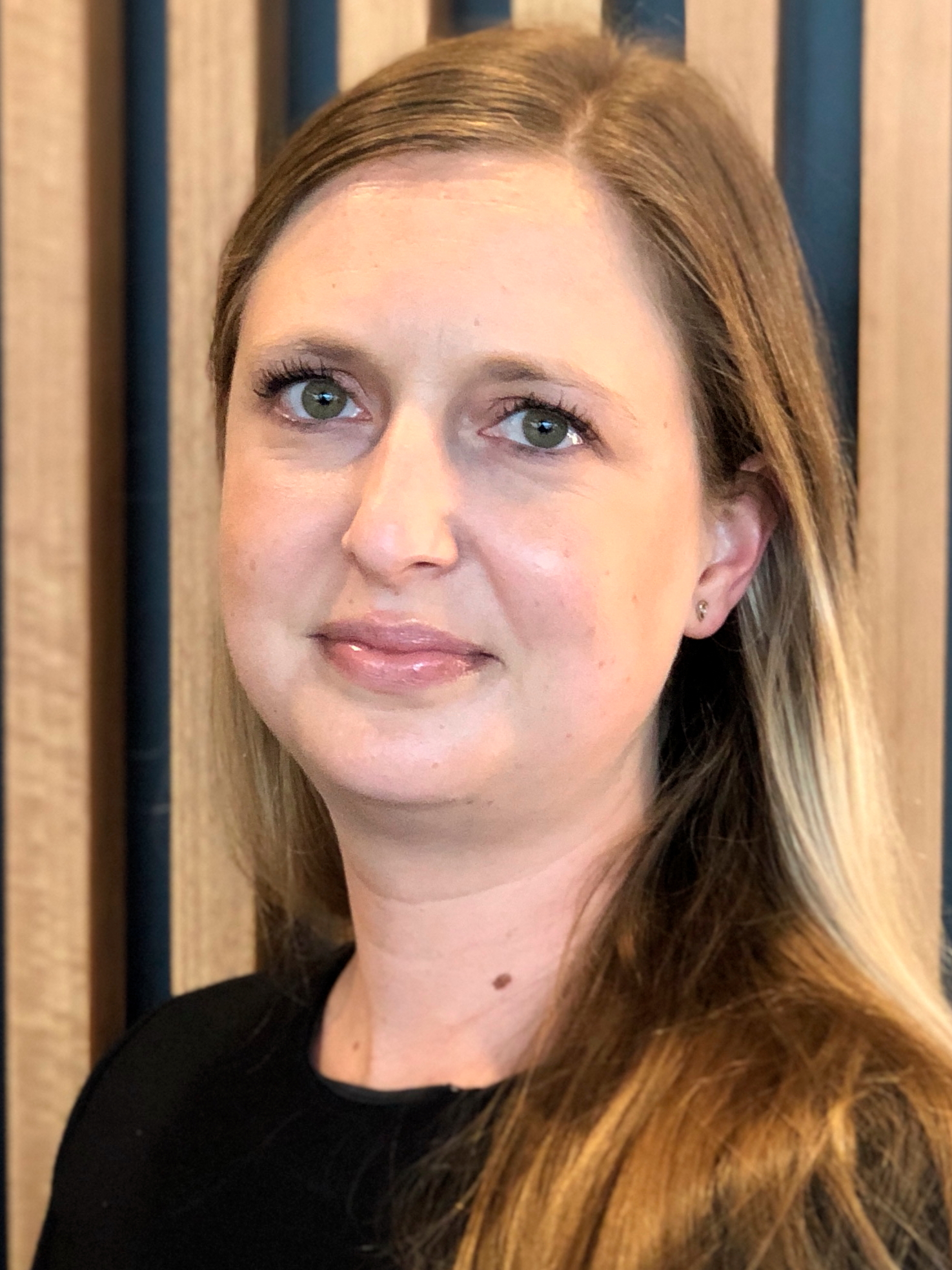 Posted by Travelelog - September 24, 2018 0
Soon, you will have more reasons to visit these charming cities in Asia. Source: Shutterstock. THAI government and private agencies…