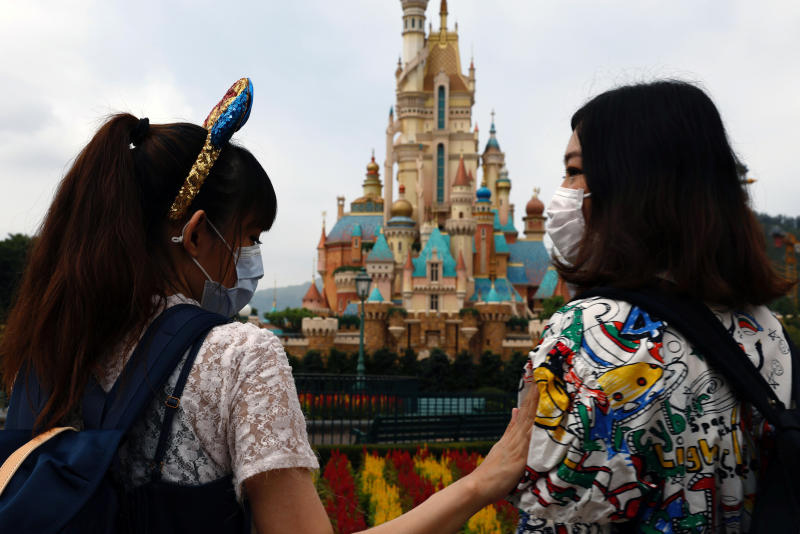 Visitors wear face masks during the reopening day of Disneyland to the public in Hong Kong on Sept 25, 2020. (Reuters photo)

The delayed reopening of Hong Kong Disneyland’s centrepiece attraction is due this month as part of a massive upgrade of the loss-making theme park.

A flagship feature of the park’s HK$10.9 billion (43.6 billion baht) six-year expansion plan to 2023, the Castle of Magical Dreams will be unveiled on Nov 21 to mark the resort’s 15th anniversary, ahead of the festive season.

Completion of the project to replace the Sleeping Beauty Castle was originally scheduled for 2019 following its closure in January the previous year.

The Lantau Island resort revealed on Monday that the Castle of Magical Dreams will reflect the 13 classic stories of Disney princesses and queens, with the attraction’s towers and spires illuminating with patterns and colours.

It said the renovated castle would be the first of its kind in Disney’s history.

The castle’s signature fireworks display, which was dropped in 2018 to make way for the facelift, is expected to resume, according to its original plan.

During the day, there will be a parade featuring Disney characters and stories will be told through dance, acrobatics, pyrotechnics and other performances. As well as the fireworks, the evening entertainment will include fantastical projections and fountain displays.

The theme park is owned by the Hong Kong government and Walt Disney via the joint-venture Hongkong International Theme Parks Ltd, with the former holding a 53% stake. Half of the expansion bill was footed by Hong Kong taxpayers.

Of its 15 years in the city, Disneyland has only managed to make a profit for the three financial years between 2011-12 and 2013-14, sinking into the red since then.

On Friday, Disneyland named Michael Moriarty, of US toy giant Hasbro, as its new managing director, who is expected to take office on Dec 27.

Amid 2019’s social unrest and Covid-19 this year, the completion of other attractions looks set to be delayed.

A Frozen-themed area was previously planned for completion in 2020. It is also uncertain whether remaining projects such as the Marvel-themed section, due in 2023, will be ready for the public in time.

Freddy Yip Hing-ning, the president of the Hong Kong Travel Agent Owners Association, welcomed the new attraction at the resort during the tourism downturn.

“This is a vote of confidence to the city’s tourism,” he said. “Hong Kong has been in a near lockdown for most of this year, it is encouraging to see a new attraction completed and when global travel resumes, it will be ready for the recovery.”

He added that expansion delays were inevitable due to the anti-government protests last year and the prevailing public health crisis.

Discover Catalonia during year of culture

Posted by Travelelog - November 14, 2017 0
Discover Catalonia during year of cultureIn January 2018, the Catalan Tourist Board will present the Year of Culture for 2018.…

Why is age the secret to Airbnb success?

Posted by Travelelog - October 30, 2017 0
Why is age the secret to Airbnb success? Airbnb celebrates the UN’s International Day of Older Persons. This year, the… 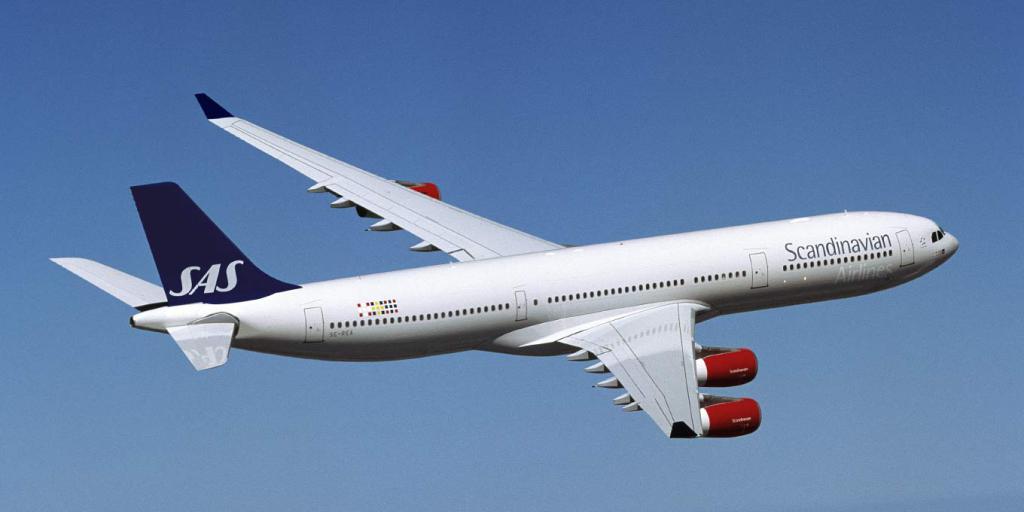 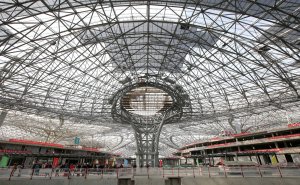 A look at Beijing’s new mega-airport

Posted by Travelelog - October 17, 2017 0
CHINA’S new US$12.14 billion mega-airport is set to become the world’s biggest airport when it begins operating in October 2019.… 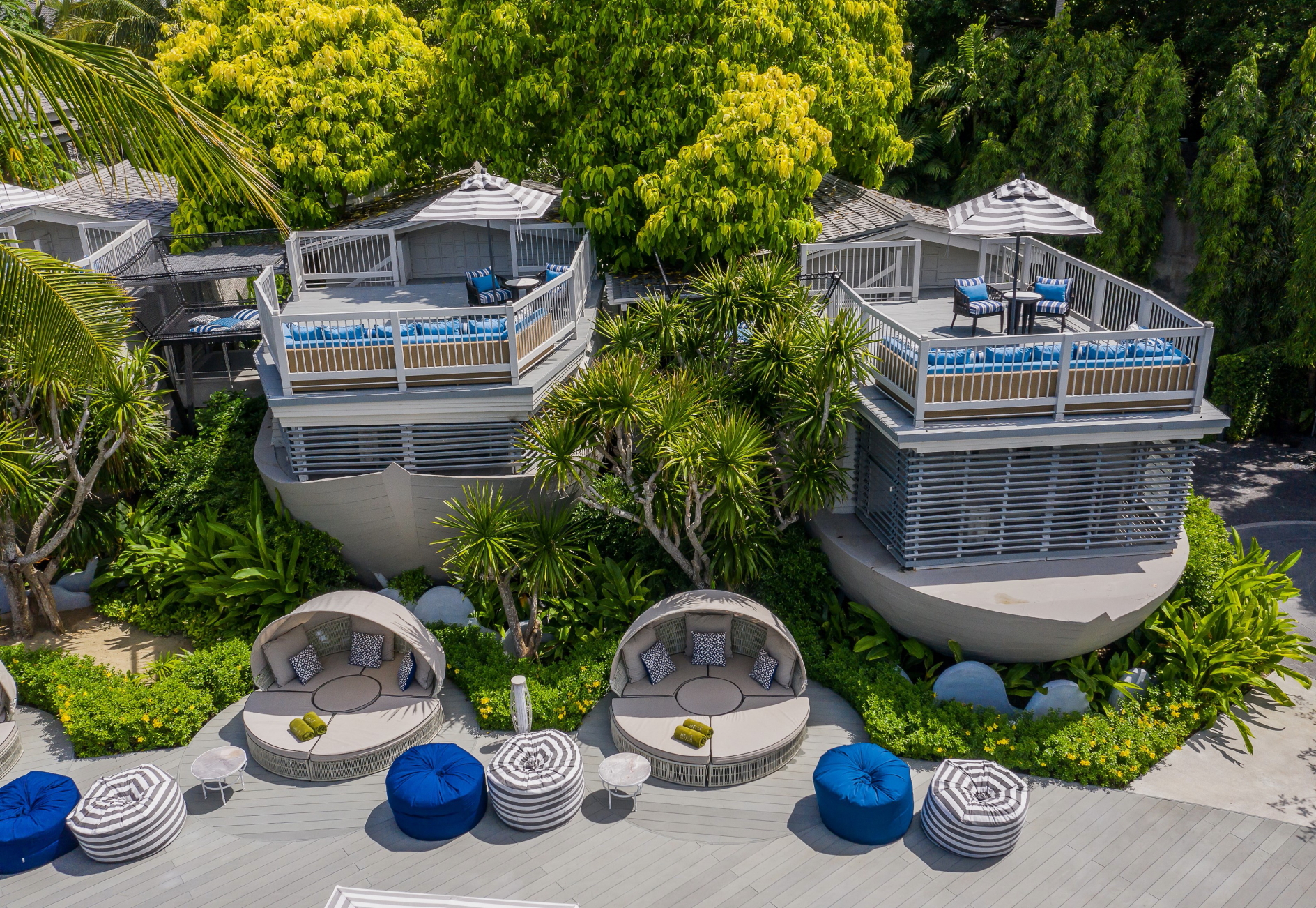 Posted by - November 30, 2020 0
Melia will celebrate its first Christmas and New Year on Koh Samui, Thailand this year. The beachfront resort will host…