I Would Rather Go Hungry Than Eat Filipino Street Food Again!

You will love Filipino food for sure

There is nothing better than seafood in the Philippines

Filipinos are proud of their very own local dishes

Sorry guys for disappointing you, but it is not true in our opinion.

You all should know by now that we are both food lovers and new flavour hunters. Every single trip, whether we discover new places inside or outside China, is related in some way to food.

Before flying off for a new adventure to a new country, we do a proper research into new cuisines trying to find out which dishes we should avoid and which one can’t be missed out.

So far, we enjoyed Thai, Indian, Vietnamese, Chinese and Khmer cuisines the most, whereas Sri Lankan dishes (although they were incredibly cheap and accessible) were not our favorite. Unfortunately, with tears in my eyes and broken heart, we must add Filipino street cuisine to our “I would rather go hungry than eat this food again” list.

Why? Here comes a long list… but before that let’s see what Filipino food is (should be) all about.

It is possible that not many have heard of Filipino street food before. We all know what Thai and Vietnamese, Japanese or even Polish cuisine is all about, before even traveling to these countries. As for the food in the Philippines, due to the small number of restaurants available abroad, we are still not familiar with Filipino dishes.

It is commonly believed that Filipino food has also been defined by a melting pot of influences, springing from the Spaniards who colonized the Philippines for nearly four centuries to the Chinese settlers.

The Filipino cuisine embraces all the common elements of Asian cuisine – sweet, salty, spicy and sour. Ingredients commonly used include garlic, vinegar and soy sauce, all of which are used in chicken adobo – easily one of the most recognizable Filipino dishes.

We have also read that Filipino meals range from the very simple, like a meal of fried salted fish and rice, to the elaborate paellas created for fiestas or even lasagna of Italian origin.

Moreover, while other Asian cuisines may be known for a more subtle delivery and presentation, Filipino cuisine is often delivered all at once in a single presentation (we have not experienced it at all though).

What we hoped to experience…

We also hoped to try some fresh exotic fruits and veggies, grilled seafood, smoked meat and fish, plenty of balut (developing duck embryo that is boiled alive and eaten in the shell), local soups, different kind of rice (red and yellow), kind of dim sum and dumplings, sticky rice and a great composition of herbs and spices.

What we have experienced…

Let me start from telling you that for the first few days we gave the local food a go. We were open to new things, we were willing to eat anything locals gave us and we were so curious about new dishes. That has changed after 4 days of stomachache, dizziness and feeling overtired and bloated.

Never travel without Medical Travel insurance. It’s not that expensive and a lot cheaper than paying for travel emergencies out of your own pocket.

The fruits we bought at local markets daily looked and tasted old and gross. Bananas (they changed color into black) were the worst (you could see some flies flying around and sitting on the bunch of them). Apples were tiny, oranges and nectarines were extremely sour and pineapples were soaked in some kind of liquid that smelled bad. The only good fruits available there were sour mangoes sold with pepper and sugar as well as watermelons.

As for the veggies from local markets, we didn’t try them at all (apart from buying some at the supermarket) because we were not able to cook them. They looked ok though.

What shocked us the most was the poor quality of food. Most of dishes were left on the table without being covered with a lid, or without a fan to get rid of the flies, as it’s a common practice in other Asian countries. Fish and meat were mixed up together in the same bowl, sausages were displayed on a plate surrounded by flies and bugs, everyone was touching food with their fingers to try before buying and what was the worst the food was left on display for all night long and didn’t disappear from there unless someone bought it (we saw the same fish dish on display for two days in a row in one of local restaurants in Manila). It was a big mess, trust me!

The Filipino food is packed with salt, sugar and oil. The meat we were served was soaking in oil, the fish that supposed to be grilled was full of oil and veggies we wanted to try contained more oil than the fattest meat we saw there. As we know, oil makes you feel so tired and slows your metabolism down. After having a few small Filipino lunches, we felt bloated and tired and we could tell it was the food.

We not only started feeling fat (literally), but also suffered from stomachache and diarrhea. I had a massive migraine, mood swings and heartbum caused by spicy and oily pork.

No wonder why, in the north, the vast majority of Filipino kids and young people are overweight. This is something we have noticed straight away. People in young age are huge and it’s due to poor quality of food.

The Filipino food was extremely cheap though. Coffee was $0.22, bread was for less than $0.5 and meal dishes were never more than $1 (including rice). That was the biggest advantage of dining out in local places. On the other hand, if you wanted to eat something healthy and more Western (brown bread, brown rice, cooked veggies, yogurt, grilled or steamed fish, oatmeal, dried fruits, etc.) you had to pay a lot of money (more than you would pay in your own country).

Filipinos, unlike Chinese, seem to love bread, cakes, pastries, muffins, buns and everything that contains a lot of sugar. So do we, but we must say some of them were way too sweet even for chocolate monsters like us.

We found it so similar to Sri Lanka. The streets are full of local bakeries open 24/7 and you can see locals buying tones of donuts and cookies. They are extremely cheap and you could get like 3 for a price of 1. All displays looked so tempting and you could smell the fresh bread everywhere.

The biggest disappointment was not trying traditional Filipino dishes. Why? We simply could not find them! We visited enormous amount of local food stands and restaurants asking for balut, adobo, asado, daing and more and we we have heard was “Not here. We have some fish and fried pork only.”, “Do you want to try noodles instead?”, “We have some boiled eggs”. So, so disappointing!

All we managed to eat was binignit ( Visayan vegetable soup made by Visayans with slices of sabá bananas, taro, and sweet potato), bihon (rice noodles fried with soy sauce some citrus) and lomi (Filipino-Chinese dish made with a variety of thick fresh egg noodles). These were yummy and we recommend them all to everyone.

After a few minutes in Manila, we knew foreigners were expected to pay more than locals. When it came to food prices, there was no haggling involved. Most of prices in supermarkets and local stored were fixed so there was no need to bargain. As for local markets, we were ripped off a few times, but it was still cheap so we did not mind it that much.

Based on our experience, Filipino street food did not live up to our expectations at all. Let’s hope we can make it there again in the future and have more luck!

Still this is just our opinion and you can make up your own mind by flying to the Philippines yourself. Check out the flight prices and you may find it’s cheaper to go than you think.

Are you a fan of Filipino street food? What was your experience with the local food there?

Agness wrote this article in 2014 just after we returned from our trip to the Philippines. This part is our update in 2020 while the rest of the article remains unchanged.

It has never been our goal to offend anyone, and this is our personal opinion/experience. Yet, many people took it as a personal attack. If you’re one of those people, there are a few ways to vent your anger/excess energy. You can:

If You’re a Foreigner

The Philippines is a beautiful country with very passionate people (you can see it in the comments section). It’s one of those countries that we recommend everyone to visit and experience for themselves!

We have created a very comprehensive one week itinerary to the Philippines which would help you explore some of the best parts of this country comfortably and in a short time.

As to the food, regardless of our opinion/experience, you should try it for yourself. Just be careful with the hygiene – just as you would anywhere else. 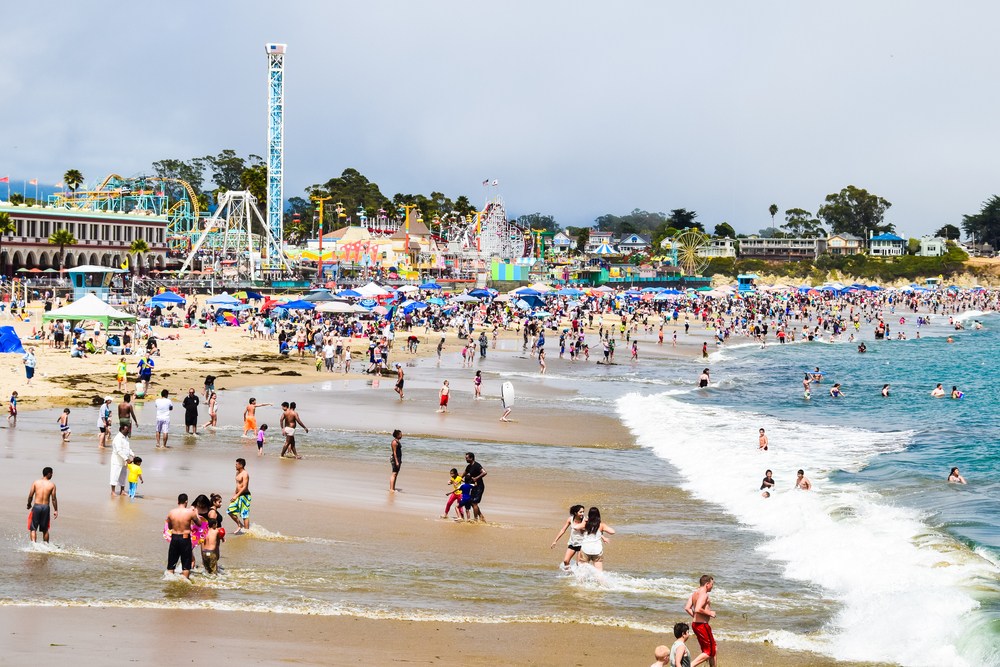 From hippy central to booking world tours for major rock acts: Life of a Travel Counsellor

Posted by Travelelog - October 31, 2018 0
Santa CruzBritish based independent travel company Travel Counsellors has always intrigued me, who are they? What do they do exactly,… 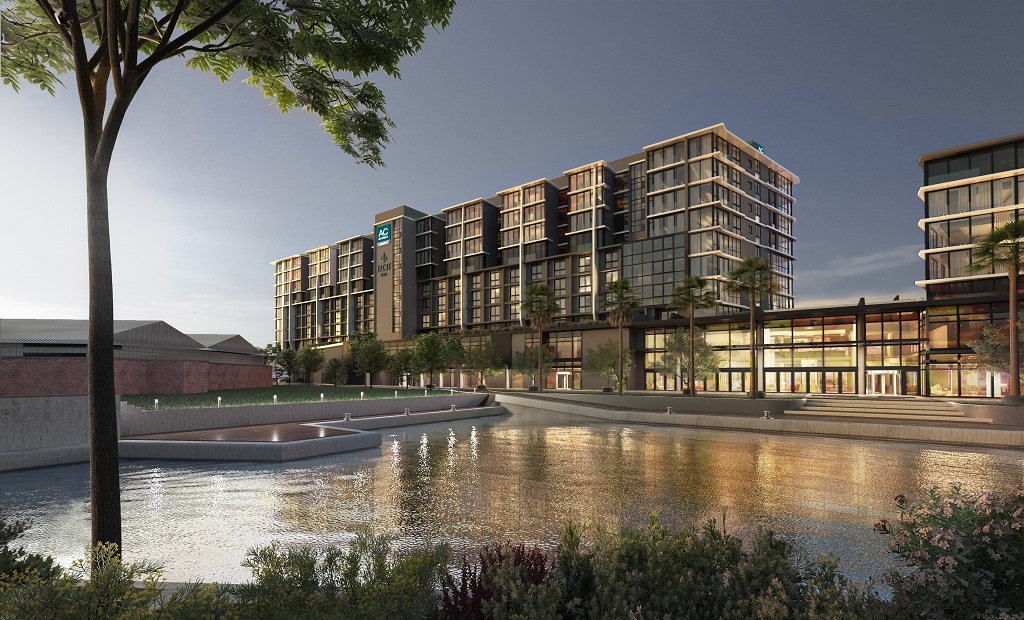 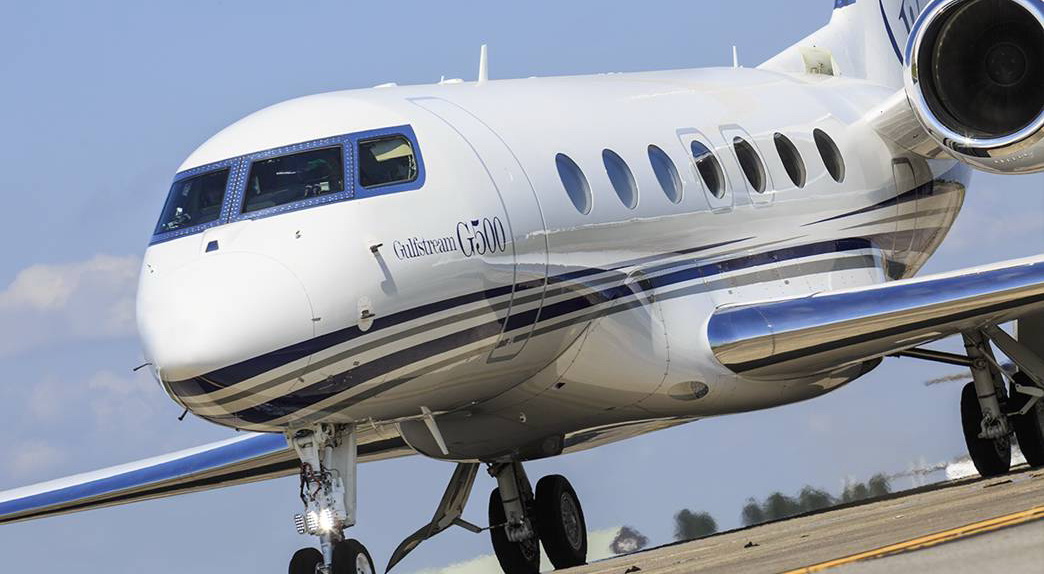 Aviation round up: Full stream ahead!

Posted by Travelelog - January 29, 2019 0
This week’s aviation round up eyes up the first commercial Gulfstream G500 service,  SIA’s digtial innovations lab and a team… 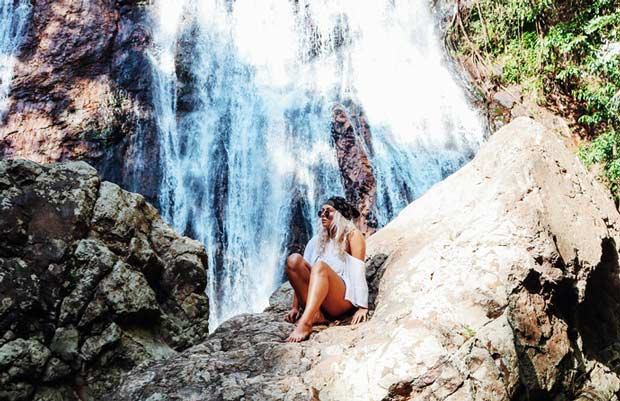 Six places in Thailand that are seriously zen 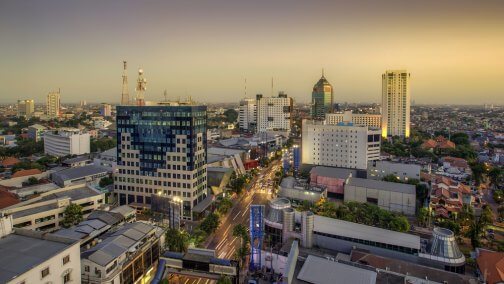 In pictures: Surabaya in the spotlight

Posted by Travelelog - July 23, 2018 0
SURABAYA, the East Java capital, has been named the best tourism city at the 2018 Yokatta Wonderful Indonesia Tourism Awards.…