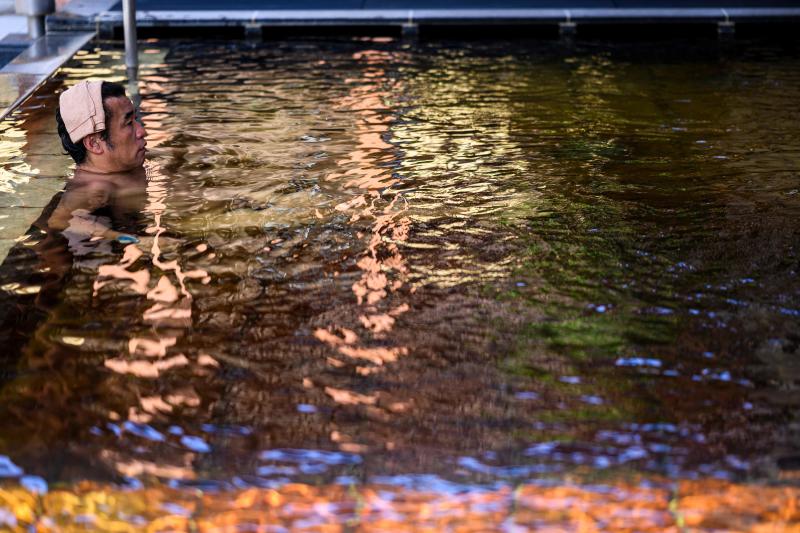 Masazumi Kato sits in an outdoor pool at a Japanese hot spring or onsen in Yokohama, Kanagawa prefecture, on May 29, 2020. An onsen was part of the guided itinerary for four Thais on a test tour, which was cancelled after one of the Thais was diagnosed with Covid-19 on Monday. (AFP file photo)

A test tour for inbound travellers in Japan has been cancelled after one of four Thais taking part tested positive for the coronavirus, Japan’s tourism agency has said.

The traveller was in the southwestern prefecture of Oita when his or her infection was confirmed Monday. The three other participants were deemed close contacts but have all tested negative. They are currently isolating at a hotel, the agency said. The route of infection is unknown.

The infected traveller complained of a sore throat Monday morning and tested positive following an antigen test at a medical institution. The result was then reported to a local public health office, according to the agency and the prefectural governments of Oita and Fukuoka.

“We believe that the initial response to the infection case was well handled,” an official at the Japan Tourism Agency said Monday.

The tourists arrived at Fukuoka airport via Tokyo’s Haneda airport on Friday. Their itinerary included Fukuoka’s Tenjin entertainment district as well as an onsen hot spring resort in Oita. The travel company responsible for the group is providing support.

On Tuesday, Chief Cabinet Secretary Hirokazu Matsuno told a press conference that the government intends to examine the response and have it reflected in the guidelines for preventing infections based on the latest case.

Meanwhile, Matsuno denied the infection would have an impact on Japan’s plan to double the cap on daily entries to 20,000 from Wednesday, saying he is “not aware of any change” to the plan.

The small-scale test tour was part of the government’s programme aimed at confirming coronavirus countermeasures and the response when infections arise as Japan continues easing Covid-19 border controls and starts accepting foreign tourists in stages from mid-June.

Under the programme, which began on May 24, around 50 travel firm employees and others from the United States, Australia, Thailand and Singapore have been invited to take part in tours across Japan, during which they are requested to take thorough infection prevention measures including wearing masks.

From June 10, Japan will allow tourism arrivals from 98 countries and regions but initially limit them to guided tours as a means to reduce the potential spread of infection. 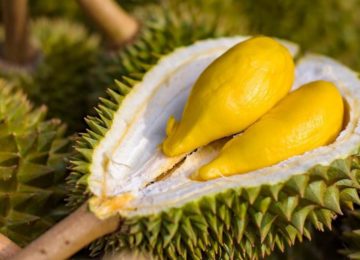 Festival highlights the fruits of Chanthaburi

Posted by - May 4, 2022 0
Outstanding fruit products from Chanthaburi are highlighted at a roadshow at five selected Central shopping centres in Bangkok and its… 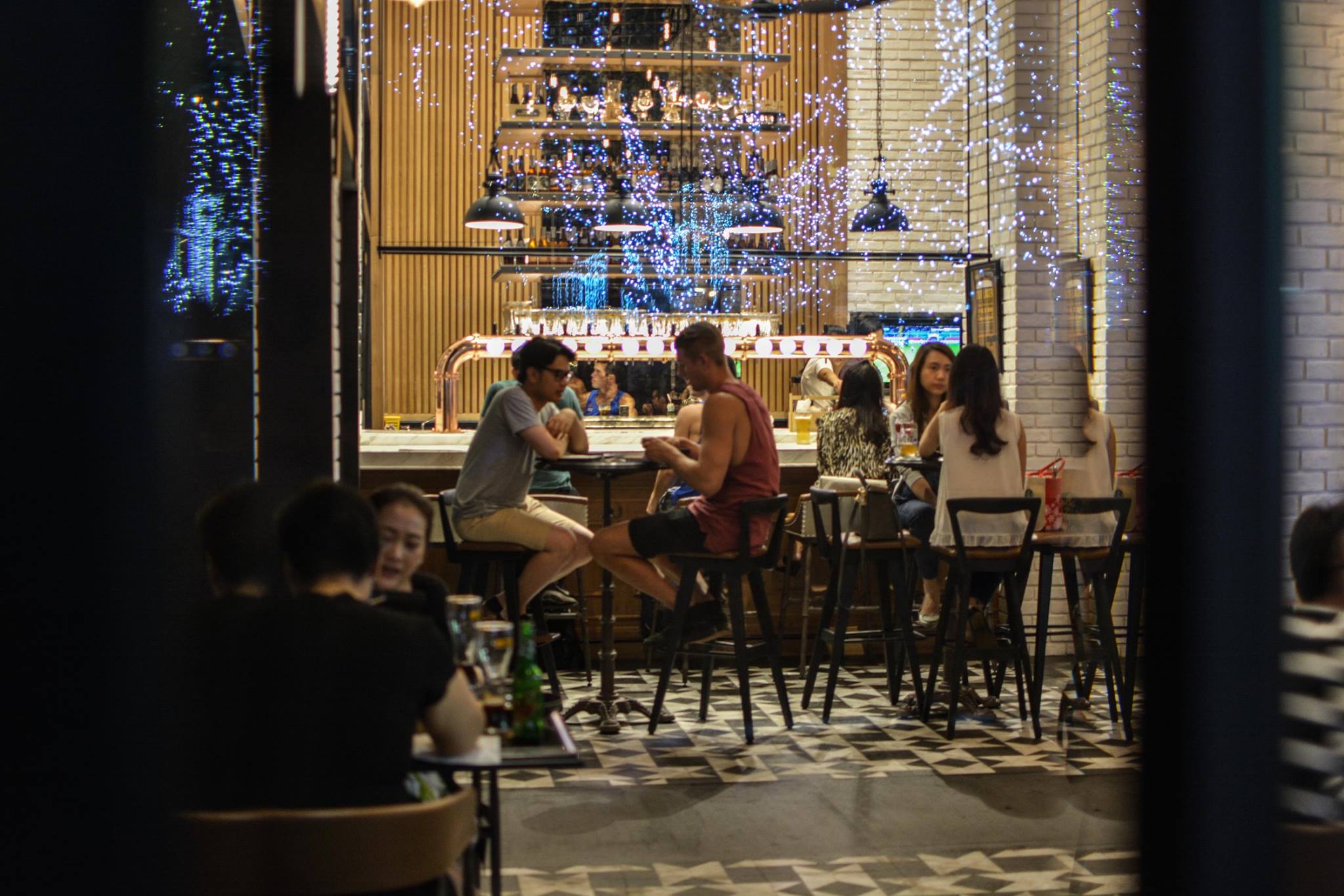 Quench your thirst at Beer Republic

Posted by Travelelog - December 19, 2017 0
Quench your thirst at Beer RepublicThai nationals and expatriates alike can now look forward to an enjoyable – if slightly… 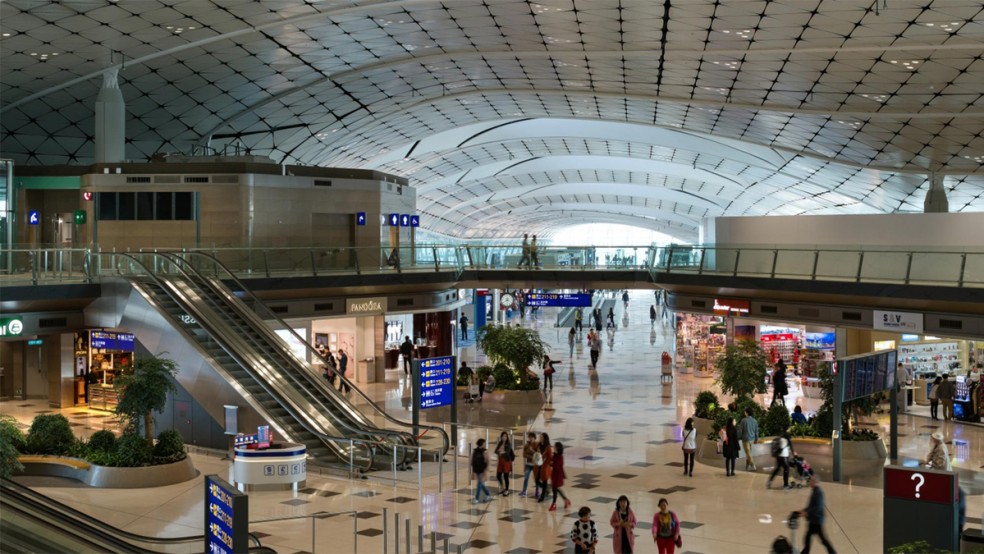 The future of airports: Takeaways from Travel Forum in Hong Kong

Posted by Travelelog - December 22, 2018 0
From facial recognition at airports to some going fully electronic; air travel, airports and travel service providers have reinvented themselves… 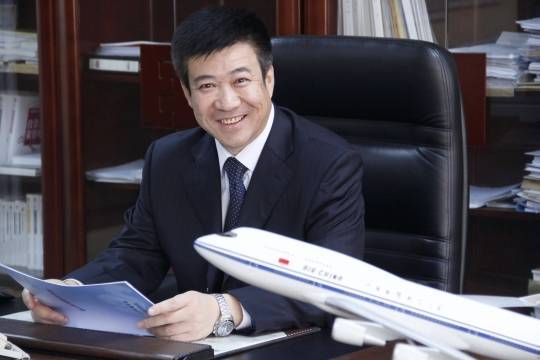 Posted by Travelelog - December 13, 2017 0
Air China and Air Canada build “foundation of a profound cooperation”Air Canada and Air China Limited have announced that the…