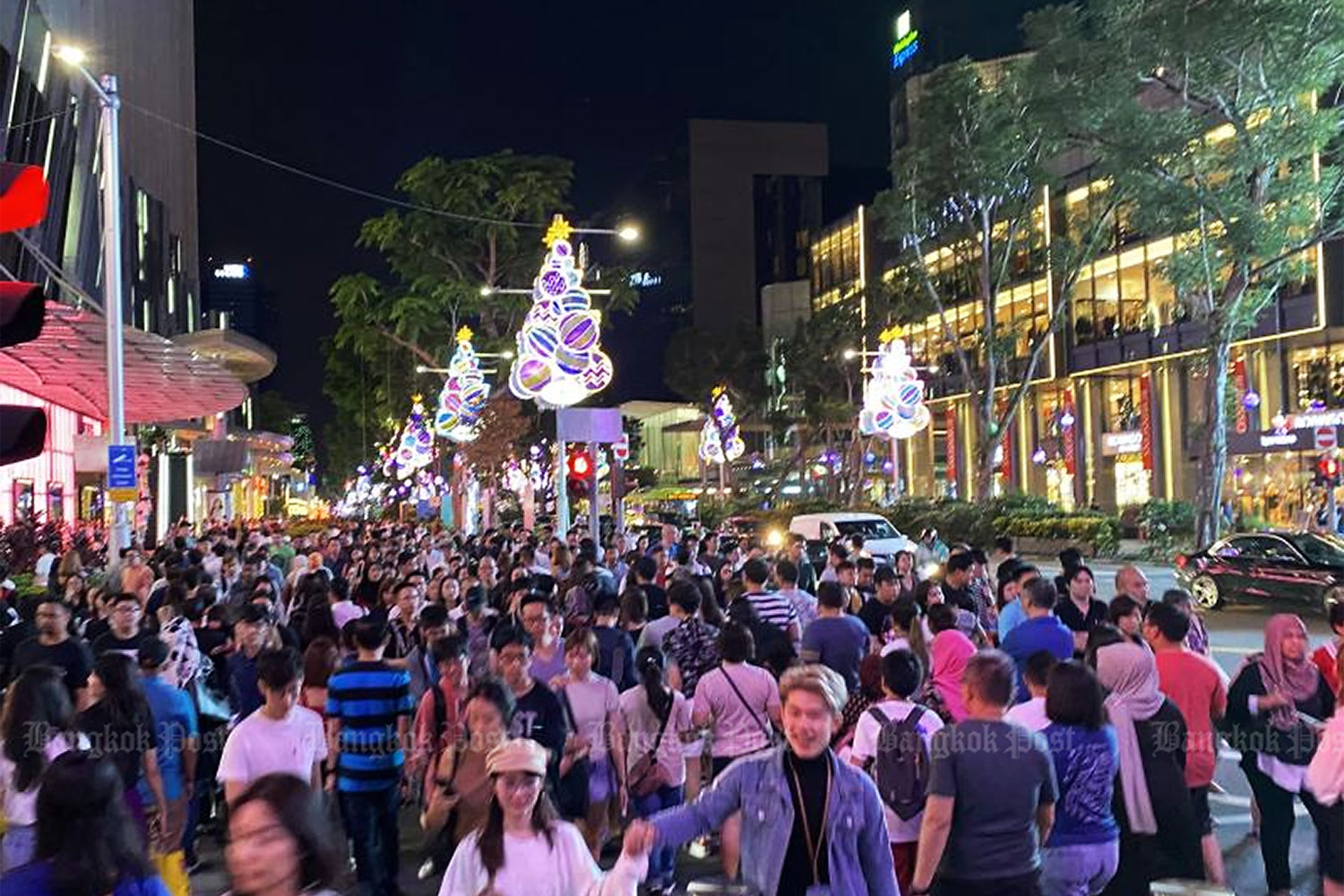 Posted on January 5, 2020 at January 9, 2020 by Travelelog 44 0
The Christmas season means dazzling light displays across the city-state. (Photos by Patpon Sabpaitoon)

Tourism has been booming in Singapore, helped in no small part by a surge in visitors seeking to avoid the unrest that has beset Hong Kong for the past seven months.

But even without the shift from its main economic rival in the region, the city-state has been attracting an increasing number of people impressed by the growing diversity of its attractions.

In the third quarter of 2019, international arrivals reached a record 5 million, led by tourists from Greater China, according to the Singapore Tourism Board. That brought arrivals for the first nine months of the year to 15.8 million.

The surge in tourist numbers has also led to a spike in investor interest in Singapore hotel properties, according to the real estate group Colliers International. It said hospitality investment transactions in 2019 reached a record US$4.2 billion as of Nov 30, about five times more than in 2018.

Govinda Singh, executive director of valuation and consultancy services at Colliers, said that Singapore "no doubt" benefited from a shift in travel away from Hong Kong.

The opening of the vast new entertainment complex Jewel Changi Airport, as well as the reopening of the iconic Raffles Hotel and additional business generated by the F1 Singapore Grand Prix also helped, he said.

But even though protests were expected to reduce arrivals to Hong Kong by 8.7%, it was still on track to remain the world's most-visited city for the 10th straight year in 2019, according to Euromonitor International. It estimated the territory would receive 26.7 million visitors, more than half of them from mainland China.

The market research group's Top 100 City Destinations 2019 report showed that Asian countries were home to 42 of the top cities. In fact, the top three after Hong Kong, in order, were Bangkok, Macau and Singapore.

Local residents believe the greater variety of attractions now on offer in Singapore is starting to pay off.

Alex Lew, a Singaporean who is studying for a master's degree in London, credits a government strategy that "diversifies and always thinks 10 years ahead". Singapore, he added, has always benefited from its stability as well. 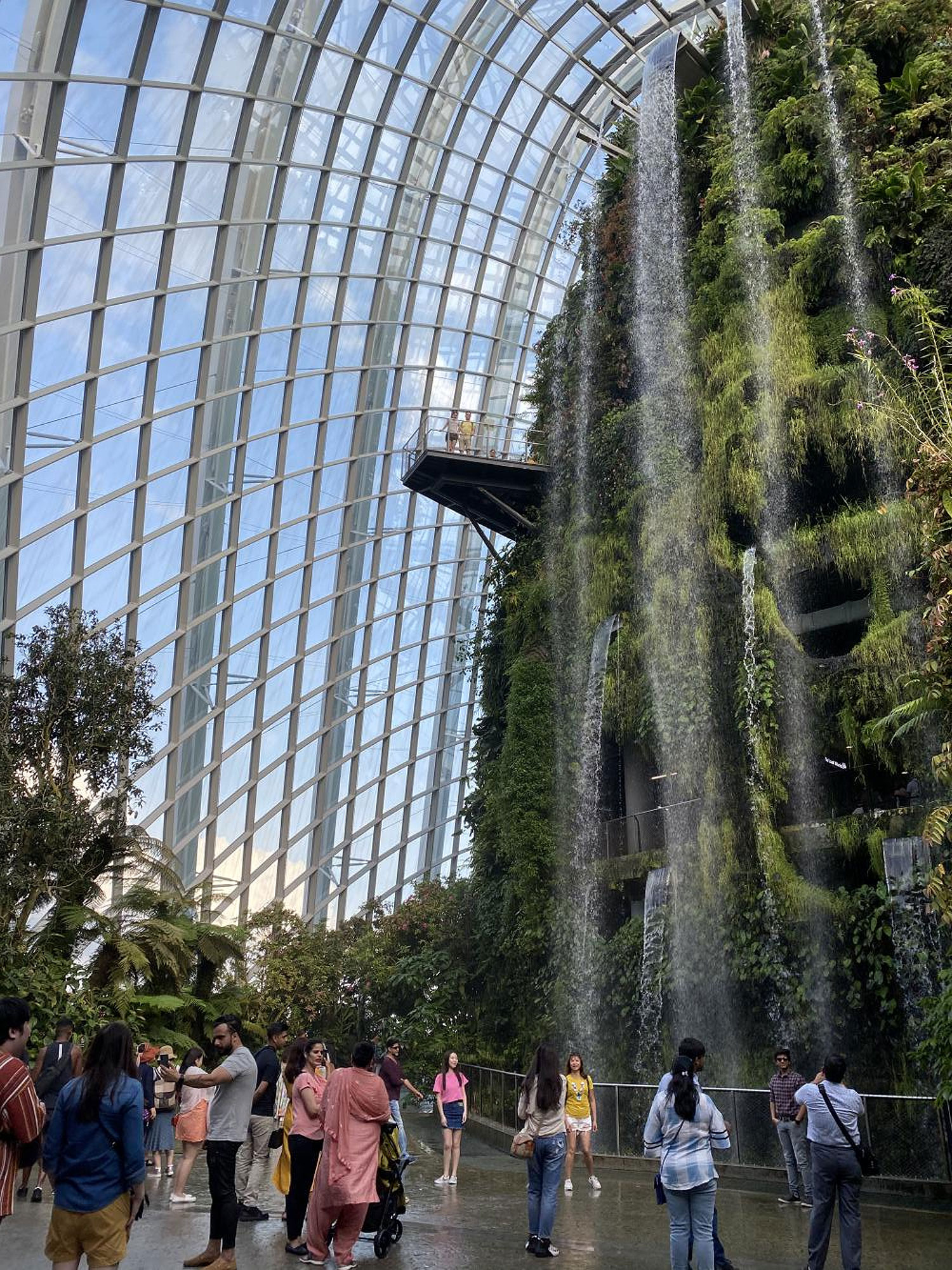 Gardens by the Bay is one of Singapore's most popular tourist attractions.

The involvement of the private sector is central to the success story, he added.

"Singapore considers tourism its economic engine. The city offers travellers a wide range of tourist attractions such as Marina Bay Sands and Gardens by the Bay, all of which are supported by its advanced infrastructure," he said.

Top events included the Singapore Biennale art exhibition and festivities organised by Gardens by the Bay, while a stroll down Orchard Road made spirits bright as every block was ablaze with Christmas lights and decorations.

The landmark Gardens by the Bay was turned into a Christmas Wonderland with endless rows of floral attractions in the Flower Dome, while the Supertree Grove and The Meadow featured stunning light displays. Christmas Village was also given a reimagining, with a brand-new Santa's Workshop and the debut of the Christmas Parade.

There was even a dusting of snow — artificial of course — after the nightly light show finished to make the seasonal experience complete.

The 2019 edition of the Singapore Biennale, meanwhile, reflected the progress made in cultivating a love of the arts in a city-state long seen as preoccupied only with business.

The theme of the international contemporary visual art exhibition was "Every Step in the Right Direction", with events taking place in multiple locations including museums and galleries, as well as cultural and heritage venues. Organisers said they wanted to showcase "the imperative of making choices and taking the steps to consider current conditions and the human endeavour for change and betterment".

Numerous art installations were featured, including works from artists from its neighbouring countries such as Malaysia, the Philippines and Thailand.

At the National Gallery Singapore, one of the main venues, a wide range of visually striking works were on display, including mesmerising pieces documenting the experiences of the many immigrants who have contributed to the Singapore economic miracle. 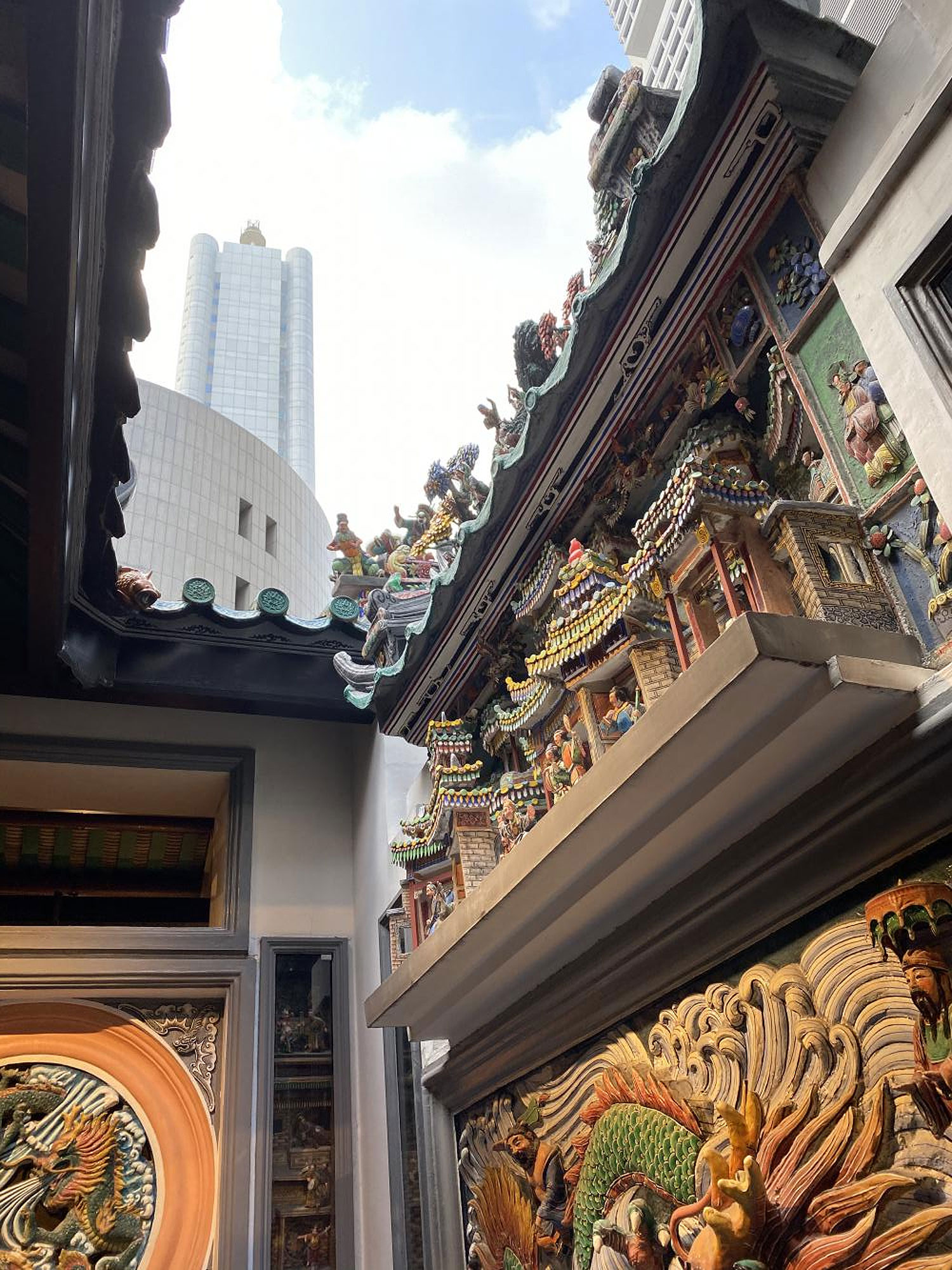 Singapore is home to 46 Buddhist temples, some of them tucked away in the shadow of the city-state's modern-day temples to business and finance.

While the city-state strives to promote diversity and inclusivity, the reality on the ground can still be challenging. That was evident in a presentation titled "Telling stories from outside and inside", an interactive work by the German artist Verónica Troncoso.

The piece tells heartbreaking stories of Southeast Asian immigrants who faced hardship and discrimination as second-class citizens on the affluent island. Audio recordings of their stories played repeatedly, while fragments of their words were carved onto murals, capturing their status as outsiders.

These days, though, Singapore has been stressing the narrative of the city-state as a melting pot, one that truly embraces diversity and offers opportunity to all. The variety of works from all over the world shown at the Biennale aimed to underscore this message.

Another side of the city-state that doesn't get the same kind of attention as its modern tourist attractions is the spiritual dimension. With 46 Buddhist temples, Singapore wants visitors to know that if they are seeking a more quiet, contemplative getaway from the hustle and bustle, there are plenty of places to go.

The most famous one is the Kwan Im Thong Hood Cho Temple. The traditional Chinese temple situated along Waterloo Street in Bugis was established in 1884 and houses the much-revered golden statue of the goddess of mercy Kwan Im. The venue attracts thousands of visitors each year, and is one of the most visited temples in Singapore.

Hundreds of faithful flock to the temple daily to kneel and pray in front of the goddess. Devotees are especially keen to make a visit on the first day of Chinese New Year, seeking blessings from the goddess by offering incense and flowers. Outside the temple, stalls selling flowers, ornaments and charms are ubiquitous, stretching endlessly along Waterloo Street, making the area a "fan favourite" for devotees.

A local rival to Hong Kong's Wong Tai Sin Temple, which promises to make visitors' every wish come true, is the Yueh Hai Ching Temple or Temple of Love, a renowned destination for Buddhists, especially those who seek true love or are hoping to tie the knot.

Declared a national monument in 1996, the temple is situated in the heart of Singapore in Raffles Place. It holds a special place in the country's history as the first stop for the Chinese immigrants who began arriving in the early 19th century.

At the temple, young people can be seen tying red string to a statue of the Chinese god of marriage Yue Lao, in the hope of finding a soulmate.

Even those who don't have romance on their minds will admire the temple's classical Chinese architecture, exquisite porcelain figurines and wall fixtures, as well as the elaborate contours of its roof. 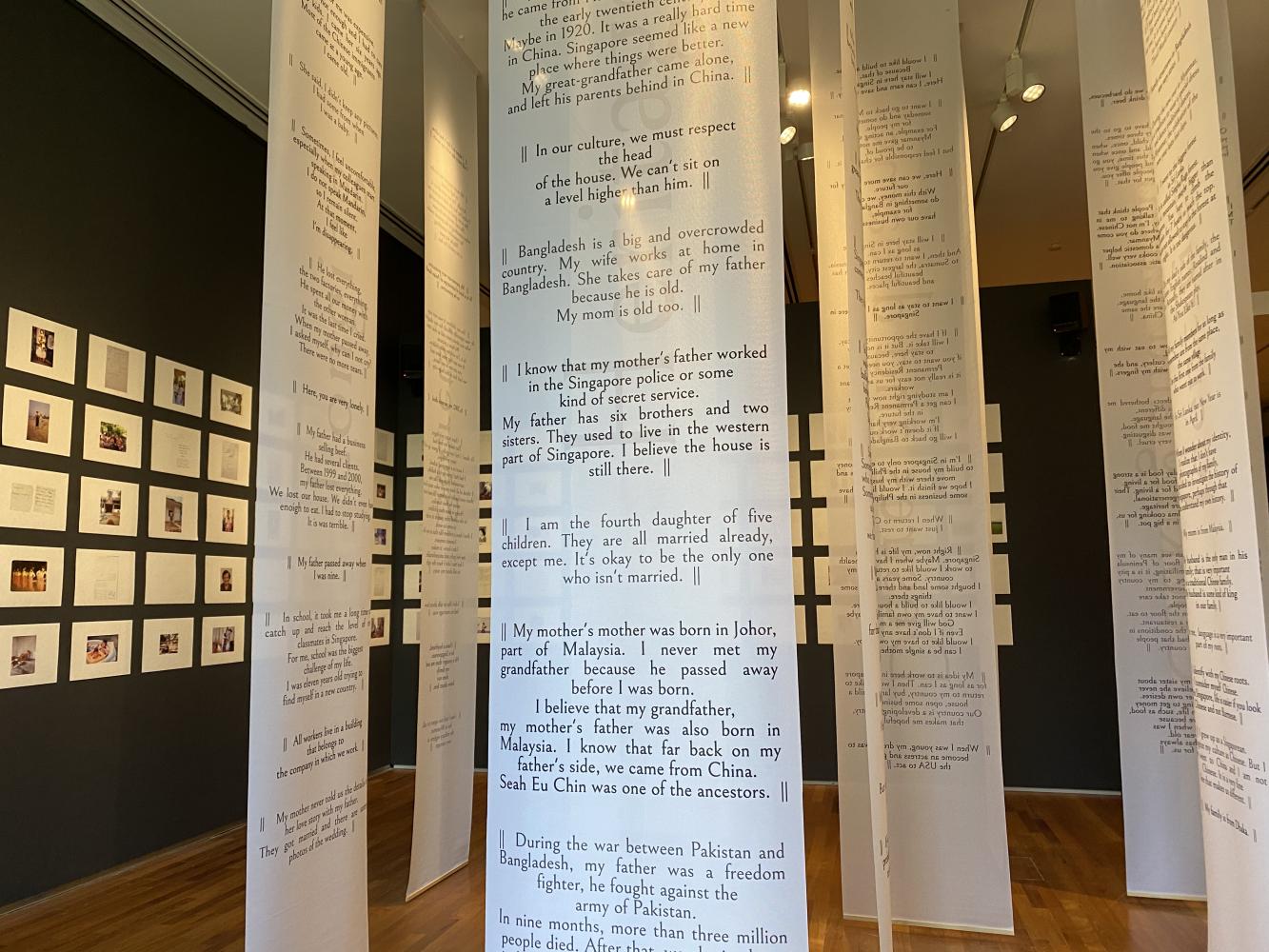 An interactive work by the German artist Verónica Troncoso highlighting the stories of immigrants was a highlight of the 2019 Singapore Biennale. 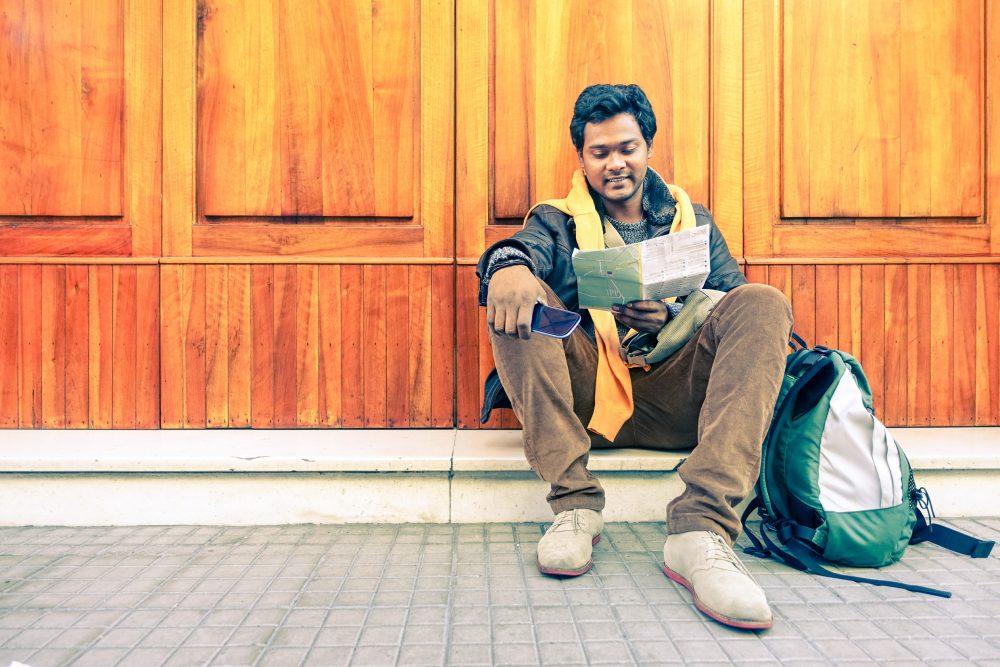 Expedia India’s new ad is rather a nice surprise

Posted by Travelelog - December 19, 2017 0
Expedia India’s new ad is rather a nice surpriseExpedia has launched its new ad campaign for its Indian consumers themed-… 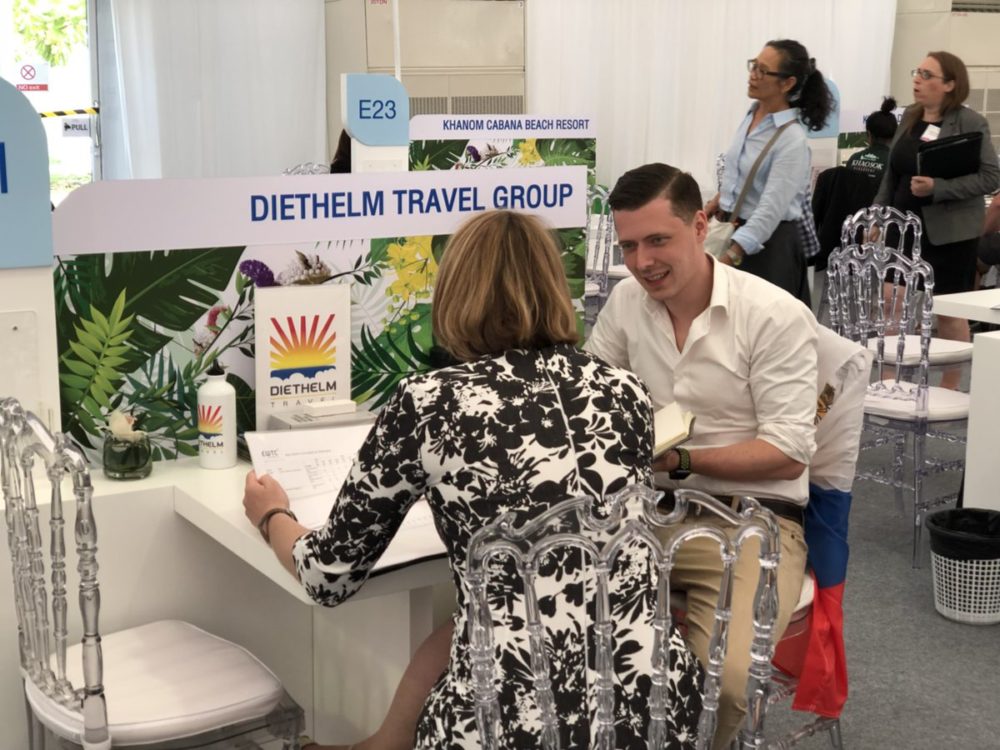 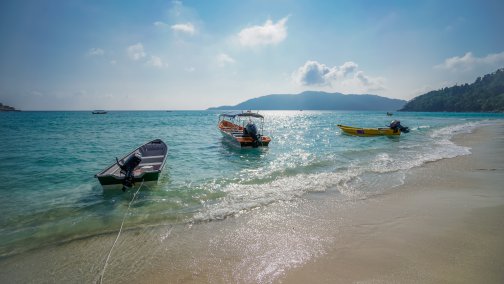 Posted by Travelelog - February 21, 2018 0
MALAYSIA’S pristine Perhentian Island, which was closed off to visitors since Nov 1 last year, has reopened to visitors last… 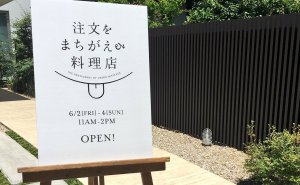 This pop-up restaurant in Tokyo only hires staff with dementia

Posted by Travelelog - September 19, 2017 0
A POP-UP restaurant in central Tokyo hires 17 waiters and waitresses who suffer from dementia to raise awareness about the…