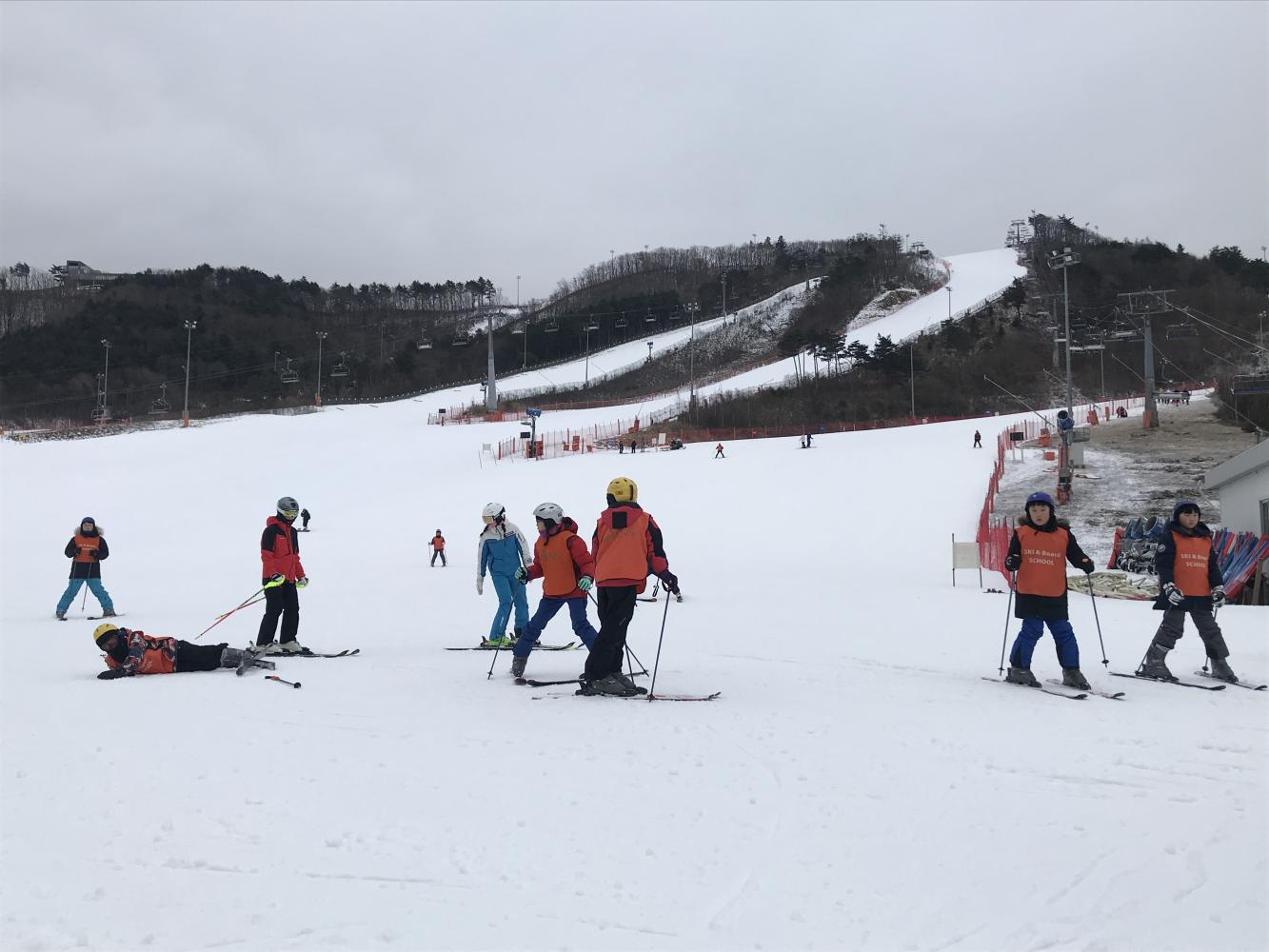 Posted on January 22, 2020 at January 27, 2020 by Travelelog 82 0
Alpensia Ski Resort in Pyeongchang has a practice area for beginners, as well as six long slopes for more experienced skiers and snowboarders. (Photos by Karnjana Karnjanatawe)

Darkness swiftly enveloped the orange sky after dusk. Yellow lights came on up and down the mountainside, illuminating the ski slopes. The temperature, which had been 2C in the afternoon, dropped to a bone-chilling -8C at night. The freezing weather discouraged me from leaving my warm room, but there were plenty of hardy souls out enjoying some late-night skiing.

I was at Alpensia Ski Resort in Pyeongchang County in the northeastern South Korean province of Gangwon. The area, home to Seoraksan National Park, Nami Island and Odaesan National Park, is famous for its natural wonders.

In winter, Pyeongchang is Korea's top destination for skiing and snowboarding, with Yongpyong and Alpensia the most popular resorts. These sites played host to the 2018 Winter Olympics.

I sipped on my hot tea while observing the skiers from my hotel window. Many skiing and snowboarding enthusiasts prefer to hit the slopes at night, because there are fewer people around. Not being quite so experienced, however, my travel companions and I chose to stick to the daytime for our first skiing lesson.

Our instructor, Rocky, led us to the area designated for beginners. We were taught how to put on our ski boots, then skis, how to grip the poles, and release the skis using the poles.

"Slide your skis forward one by one and use the poles to keep your balance. If you want to slide forward with both skis, bend your knees a little bit and keep your back straight," he said. It was pretty easy to slide the skis one after the other, but when I tried to do it at the same time, I hardly moved.

Soon it was time to practise on our little slope. To walk wearing the skis, we were told to angle them sideways and move up step by step. I felt like a robot walking that way up the slippery slope. Progress was slow, and the back of my left ski kept hitting the back of my right ski, until the instructor had to help me out.

The slope was about 20m up from the flat area. Rocky told us to slide down gradually.

"Use your poles for balance. You skis must be in the parallel position. Feet apart at hip-width. Keep your head up to see where you're going and gently start to slide," he said.

This was the moment I had been anticipating: skiing down a slope. I made sure my skis were parallel.

With the first push, I took off smoothly… for a few metres. Then my skis quickly parted into a V-shape. Alarmed, I tried to prevent myself from falling by bending forward and holding onto my poles. Rocky came to my rescue. He showed me how to use the poles to push myself straight.

Despite these hiccups, I found the skiing fun, so after our 30-minute class was over, I continued practising for a while. Feeling adventurous, I moved a little bit further up the hill, so I was now perhaps 30m from the flat area. When my path was clear, I pushed the poles and slid down.

"Thud!" My bottom hit the ground. I wasn't hurt because I had been moving slowly. But I couldn't get up. I sat on the ground trying to stand up without success. Then I started rolling left and right. It was a pretty awkward moment. I must have looked quite silly. Finally, I took off my skis and slowly got to my feet. One of the hardest things about skiing, I now realised, was getting up after falling.

That night, watching the graceful skiers from my window, I felt encouraged to come back to Pyeongchang to try again, perhaps for a daylong practice. And next time, when I fall down, I will make a snow angel before getting up. Instead of feeling embarrassed, I can have more fun! 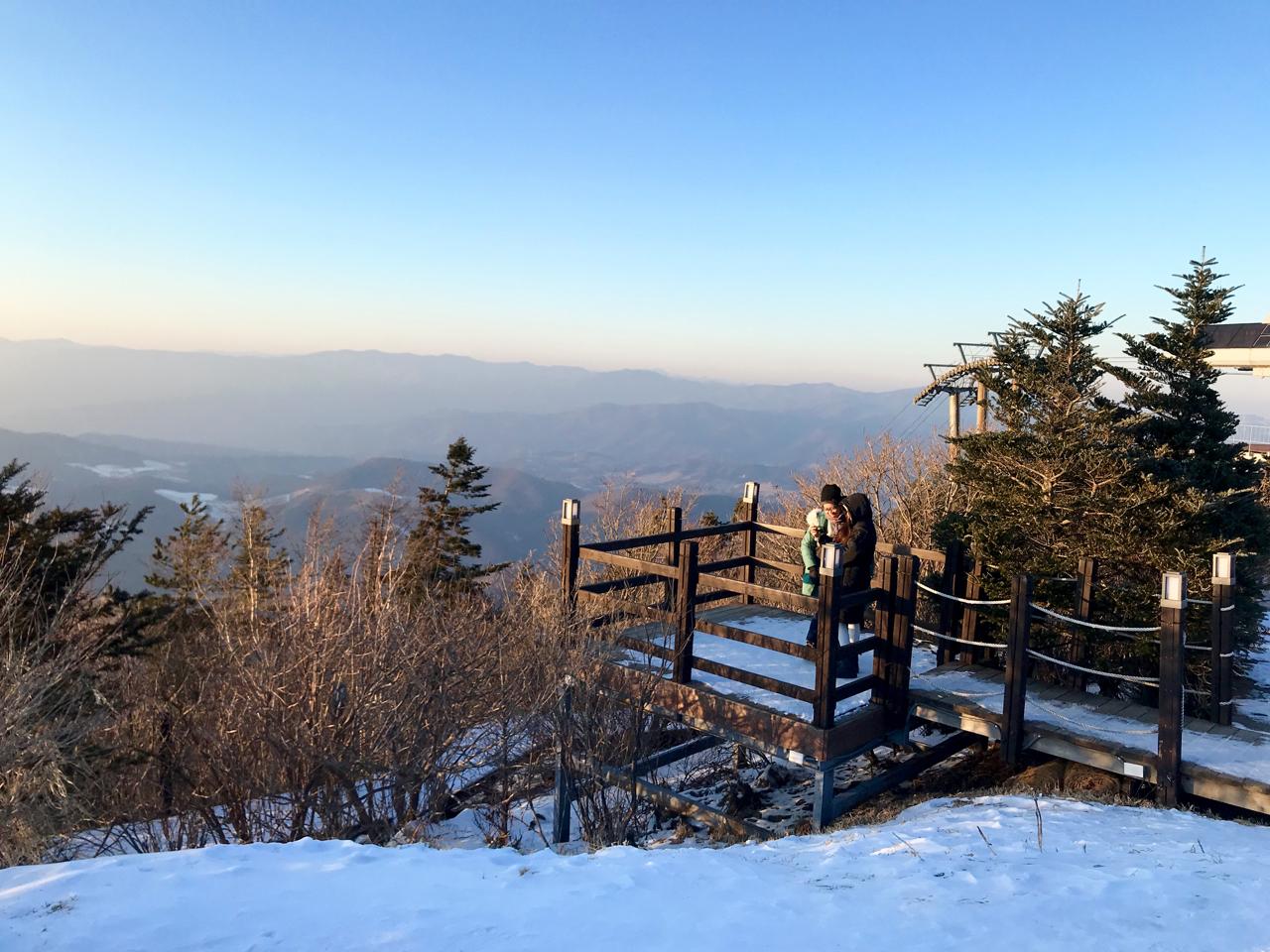 At the top of Balwangsan Mountain (1,458m), visitors can take in a panoramic view of Pyeongchang. You can reach the mountaintop by cable car (about 20 minutes). The trip is about 3.7km one way. The mountain is a popular destination for skiing because its longest slope, 6km, stretches down to the foothills where Yong Pyong Ski Resort is situated. 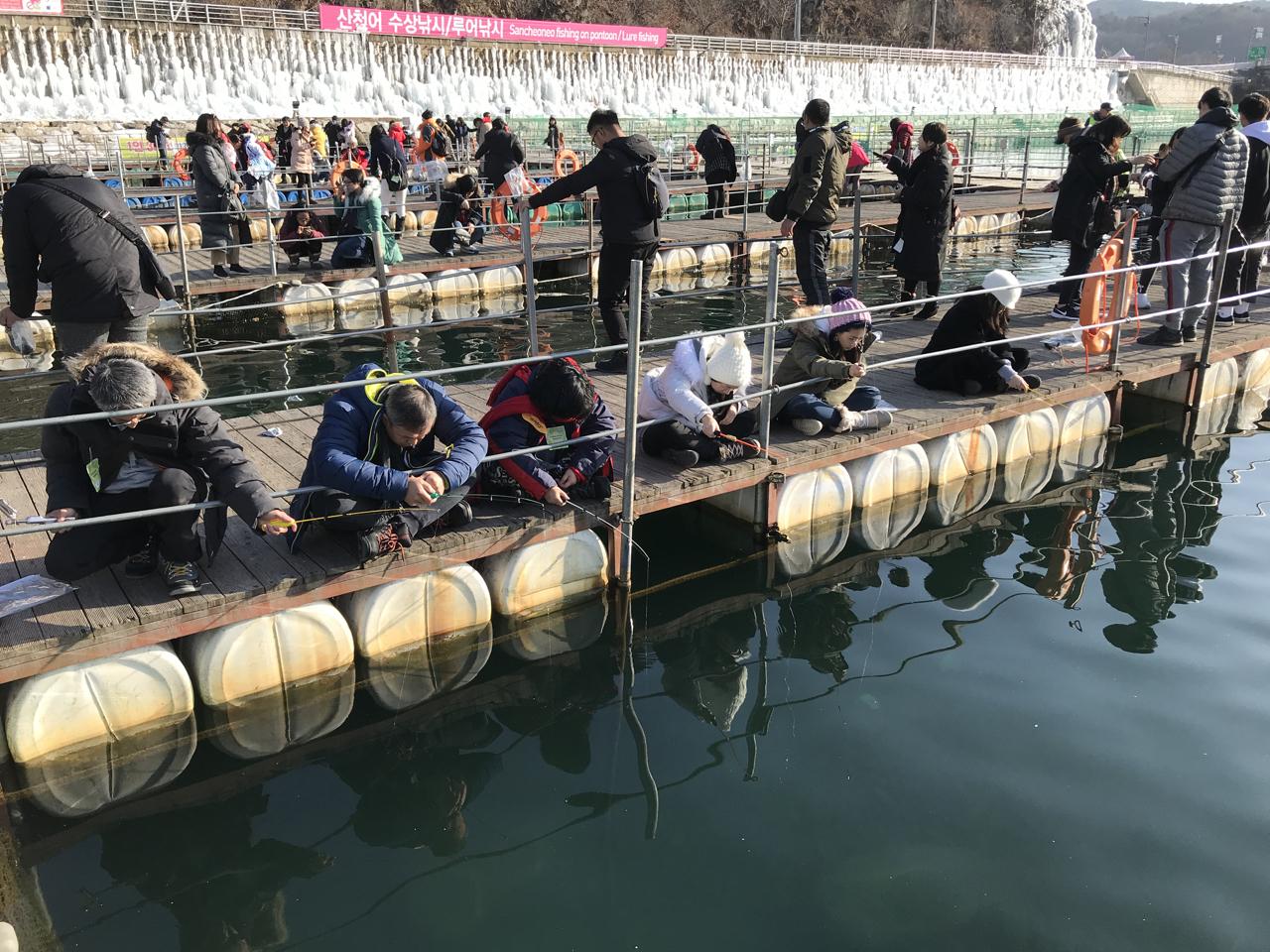 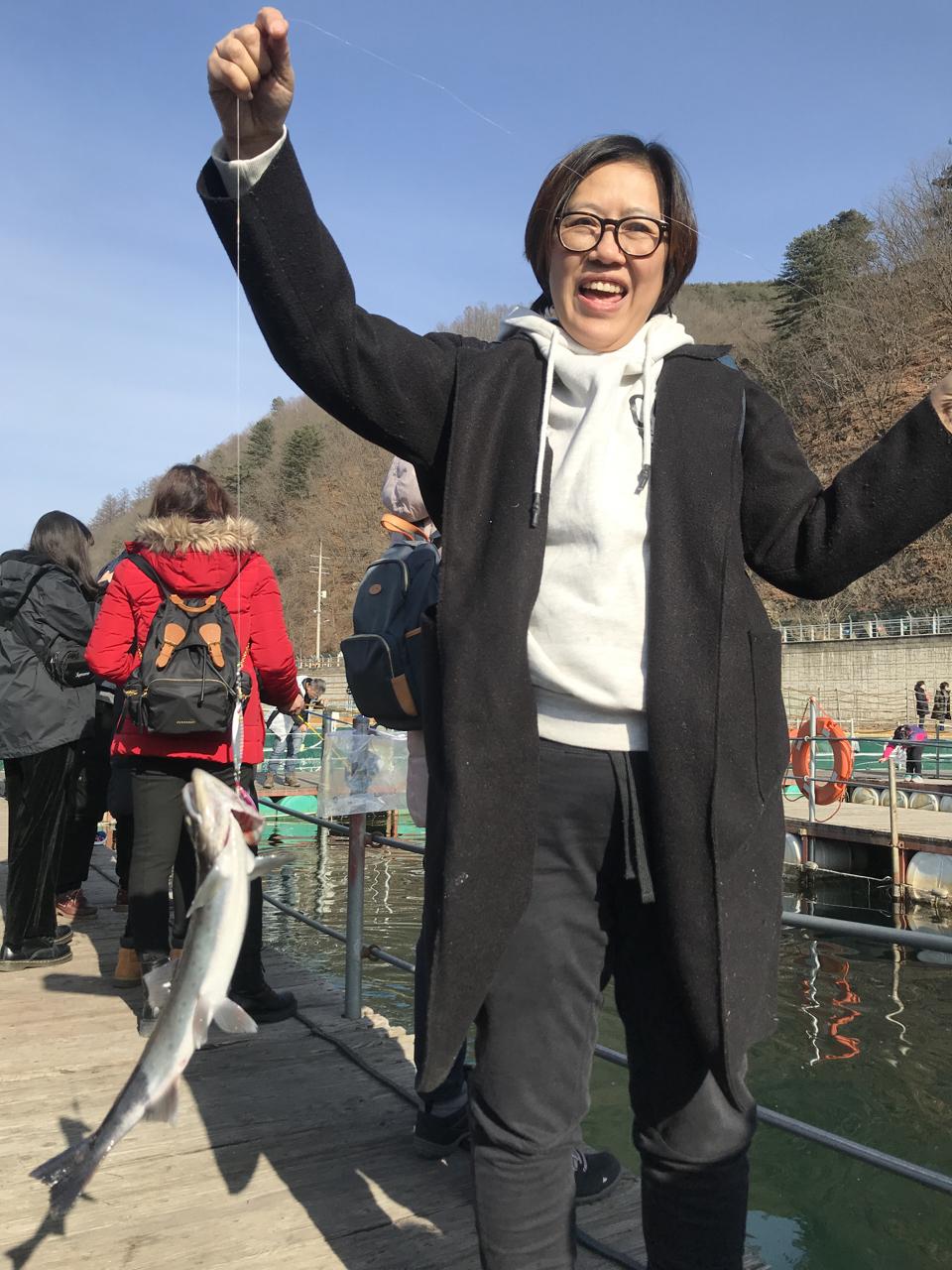 Hwacheon Sancheoneo Ice Festival has been held annually since 2003. Visitors are invited to try ice fishing — fishing through holes cut into the ice — for sancheoneo salmon. The festival is held upon the frozen Hwacheoncheon River. Last year, it attracted about 1.84 million tourists. Unfortunately, during our visit, the ice sheet was still too thin, so ice fishing had to be postponed until the end of this month. However, the event organisers compensated by arranging a designated area in the middle of the river with piers to allow visitors to fish. I spoke with some Thai and Chinese tourists who said they liked the festival because it is a safe way to allow kids to try fishing. You can sample the catch yourself, with grilled sancheoneo prepared in a large white tent nearby. 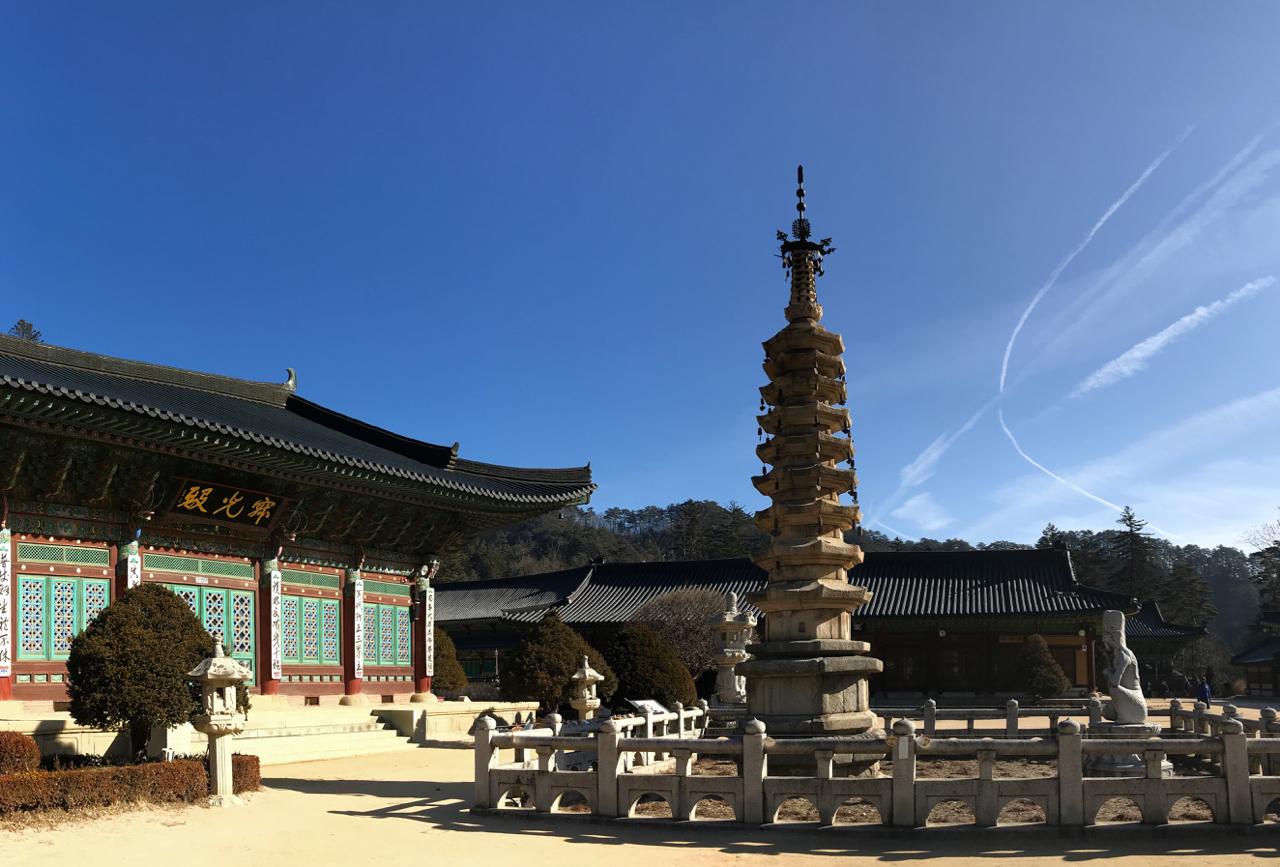 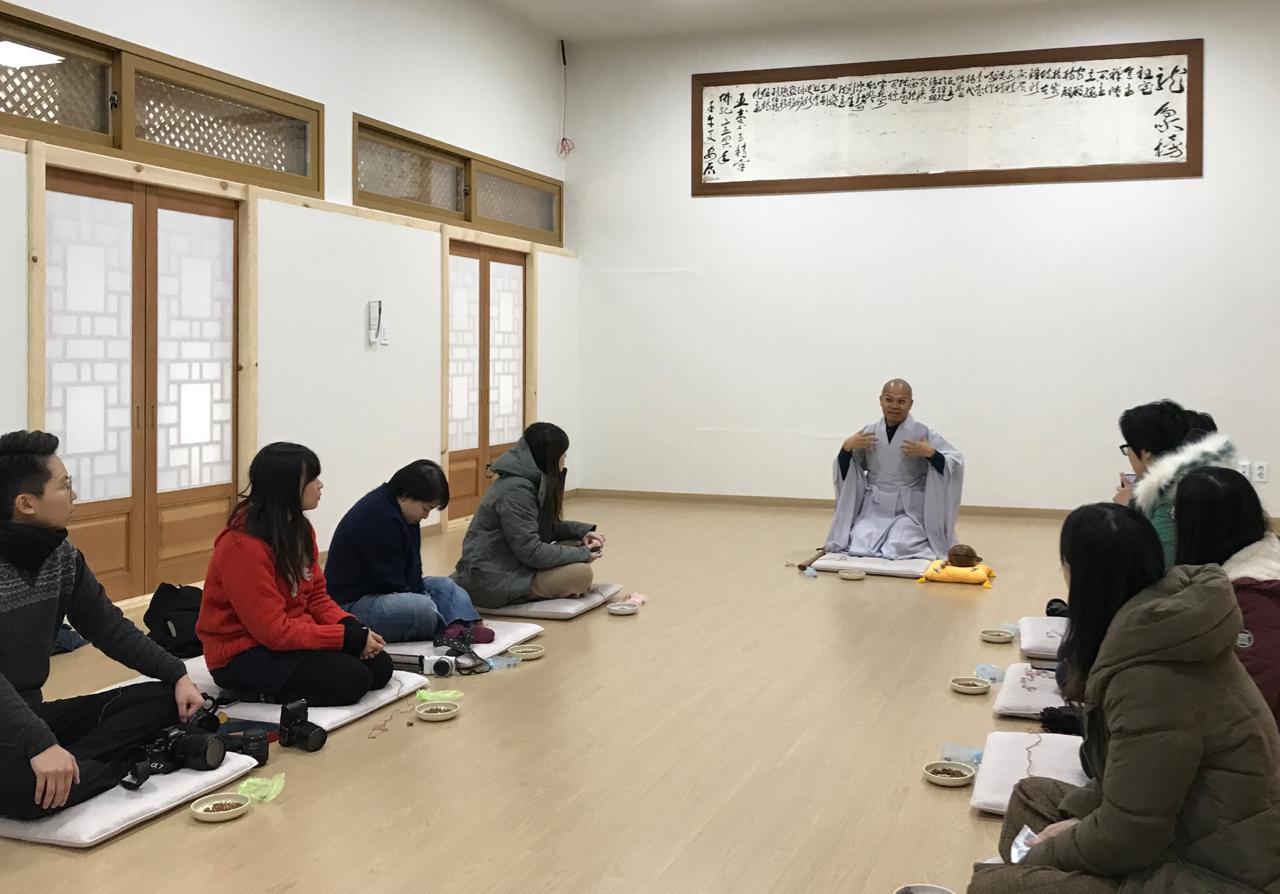 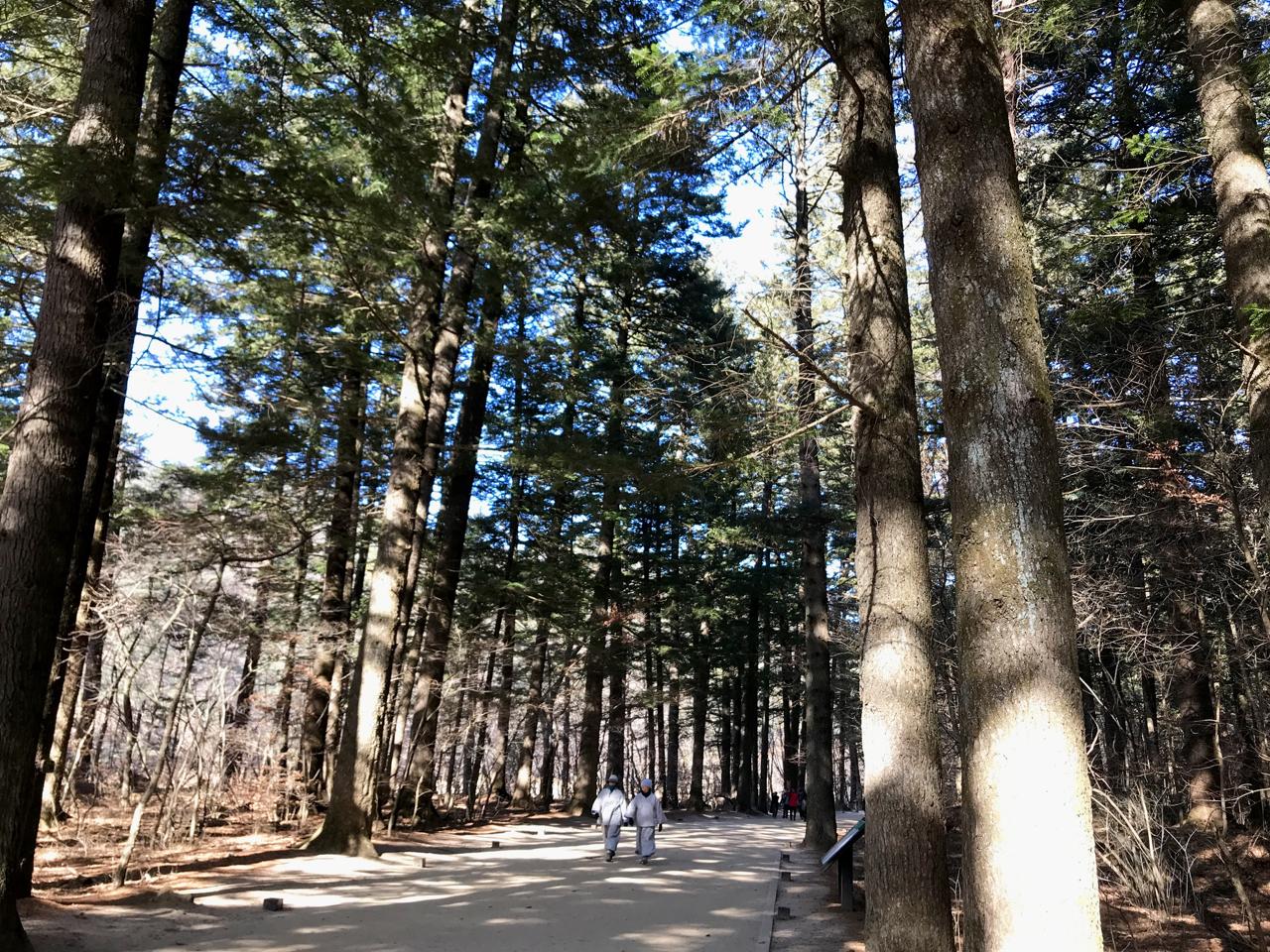 Another famous tourist attraction in Pyeongchang is Woljeongsa Temple. Built in 643AD, the temple stands about 700m above sea level on Odasan Mountain and features an octagonal stone pagoda built to house Buddhist relics. The temple has a templestay programme for visitors and workshops for making prayer beads. I never thought that making prayer beads would require much leg strength. When the course began, our instructor told us that we were about to practise another form of meditation. We didn't just sit and string each bead quietly. We had to stand, kneel and bow before tying every bead. There were 108 beads in total, meaning we had to stand, kneel and bow 108 times. My legs were aching by the end, and continued to ache for days. After the workshop ended, we took a leisurely walk along the scenic path through a tall forest of fir trees that follows Odaecheon stream. This is a popular spot for fans of the Korean TV drama Goblin Or Guardian: The Lonely And Great God (2016-2017), which was partly filmed here. 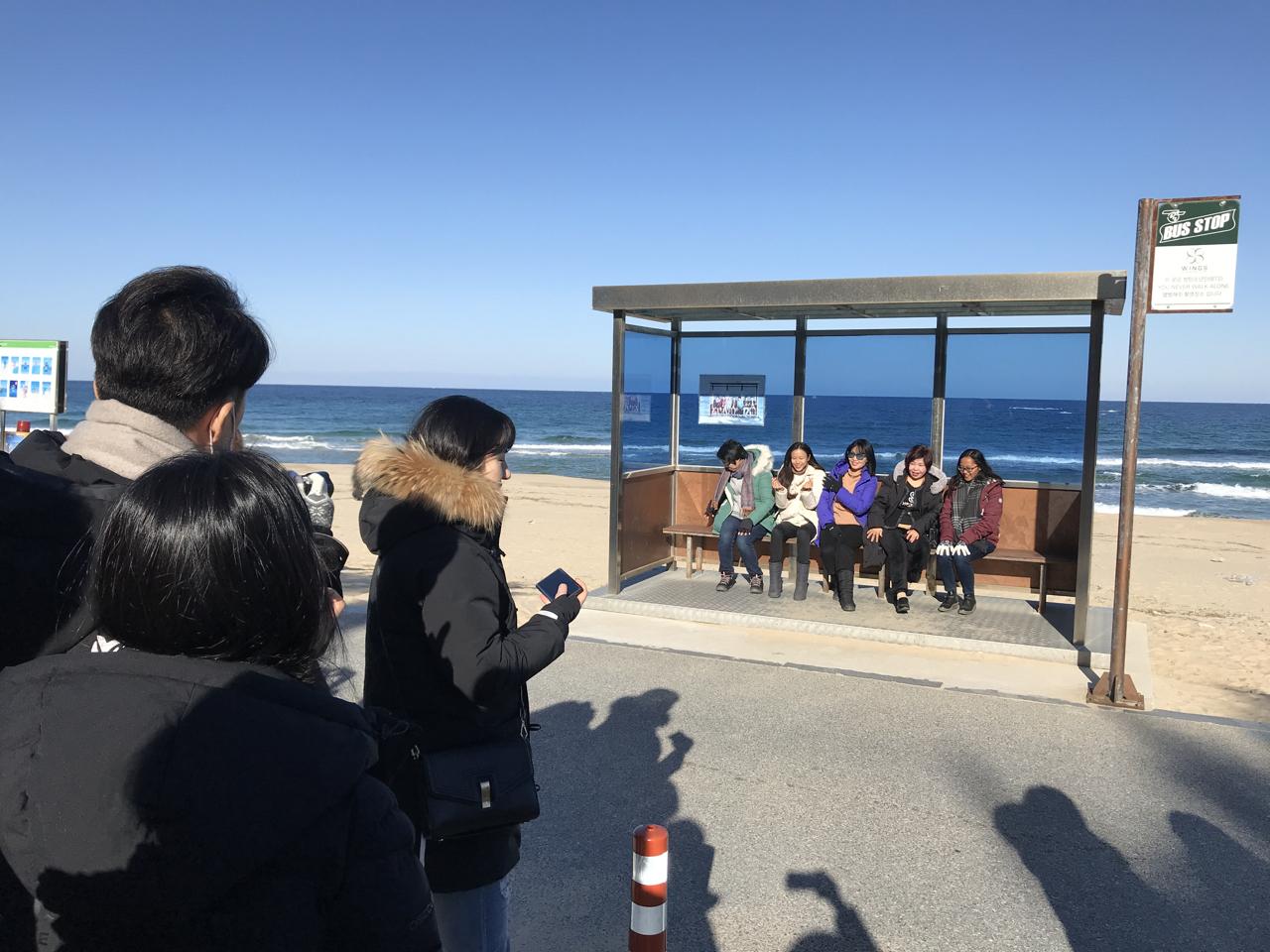 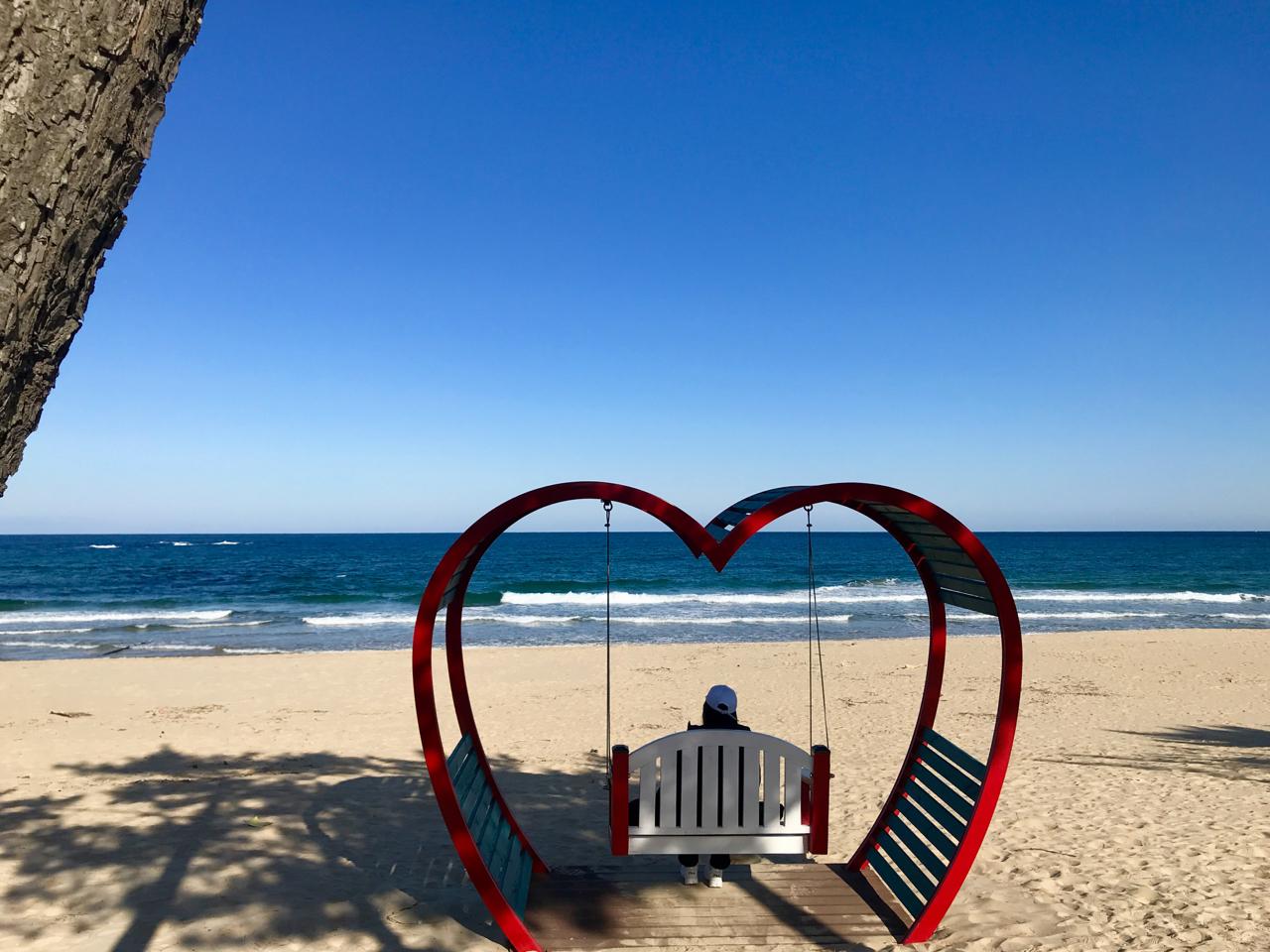 Hyangho Beach in Gangneung city, on the east coast of Gangwon province, is a must-visit site for K-pop fans. The bus stop was featured on the cover of BTS' 2016 album You Never Walk Alone. Gangneung city leapt at the chance to promote the bus stop as a tourist attraction. Public buses don't stop there. Just as well, as there are always long queues of people waiting for their chance to recreate the BTS photo. 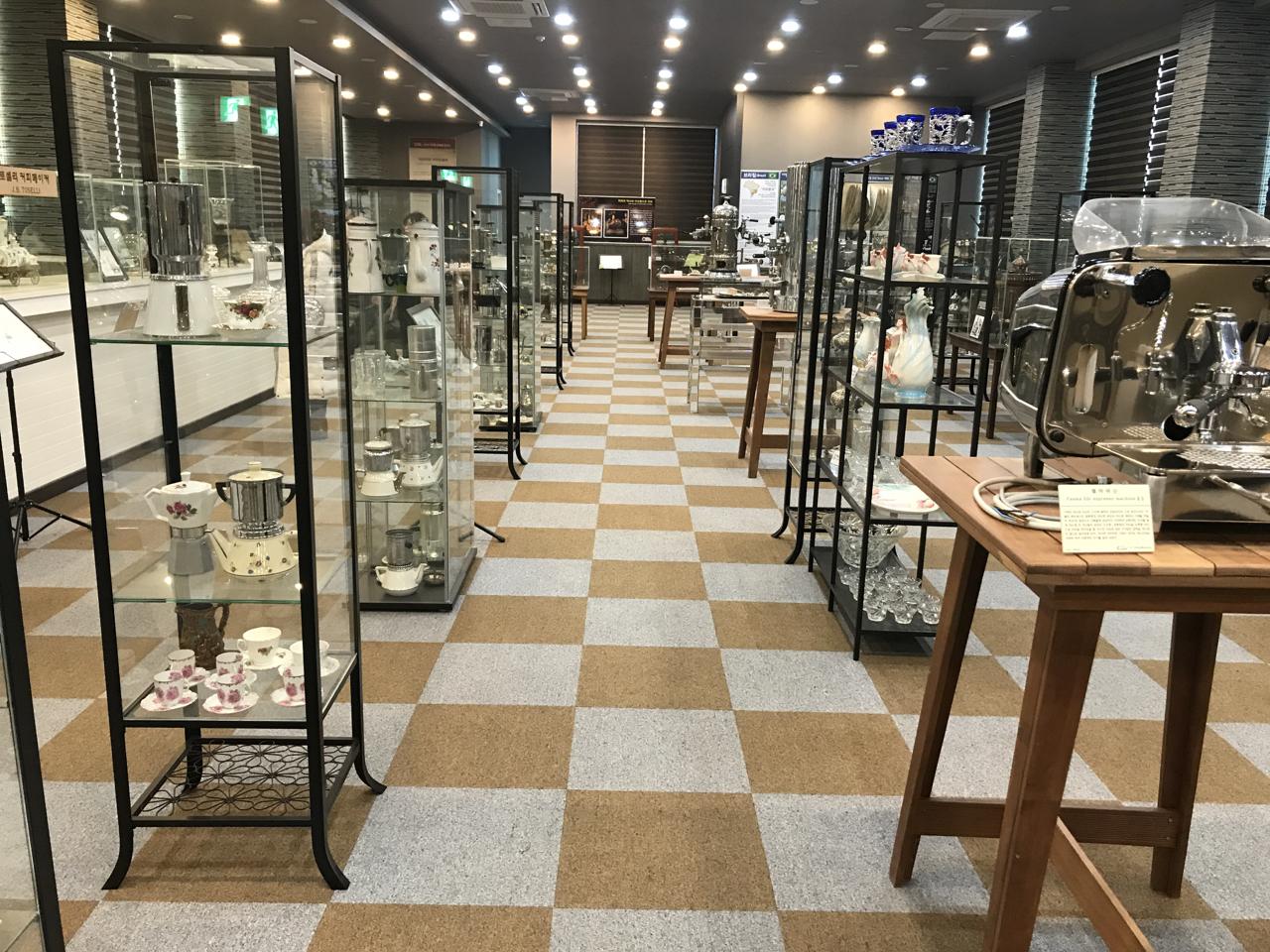 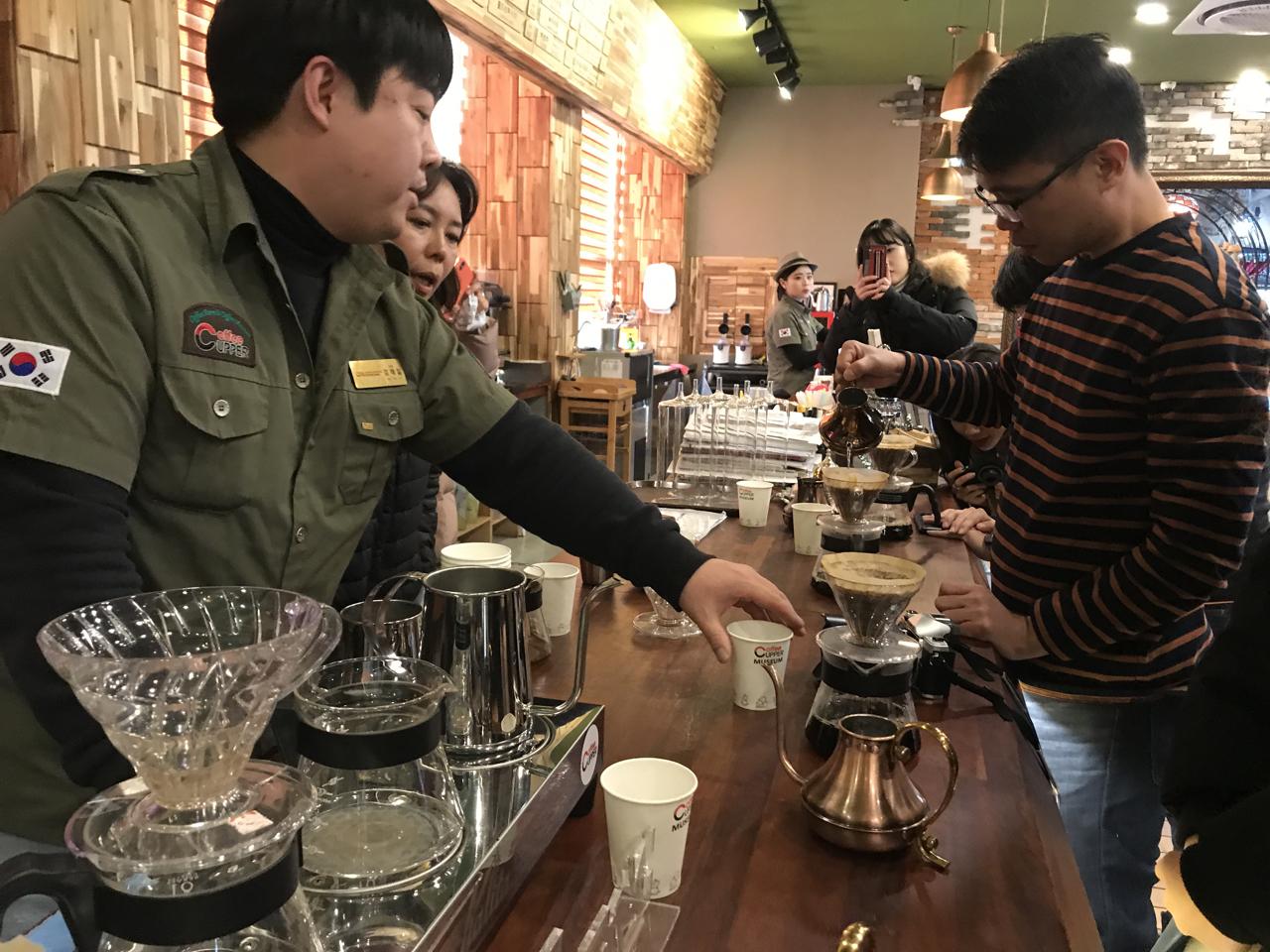 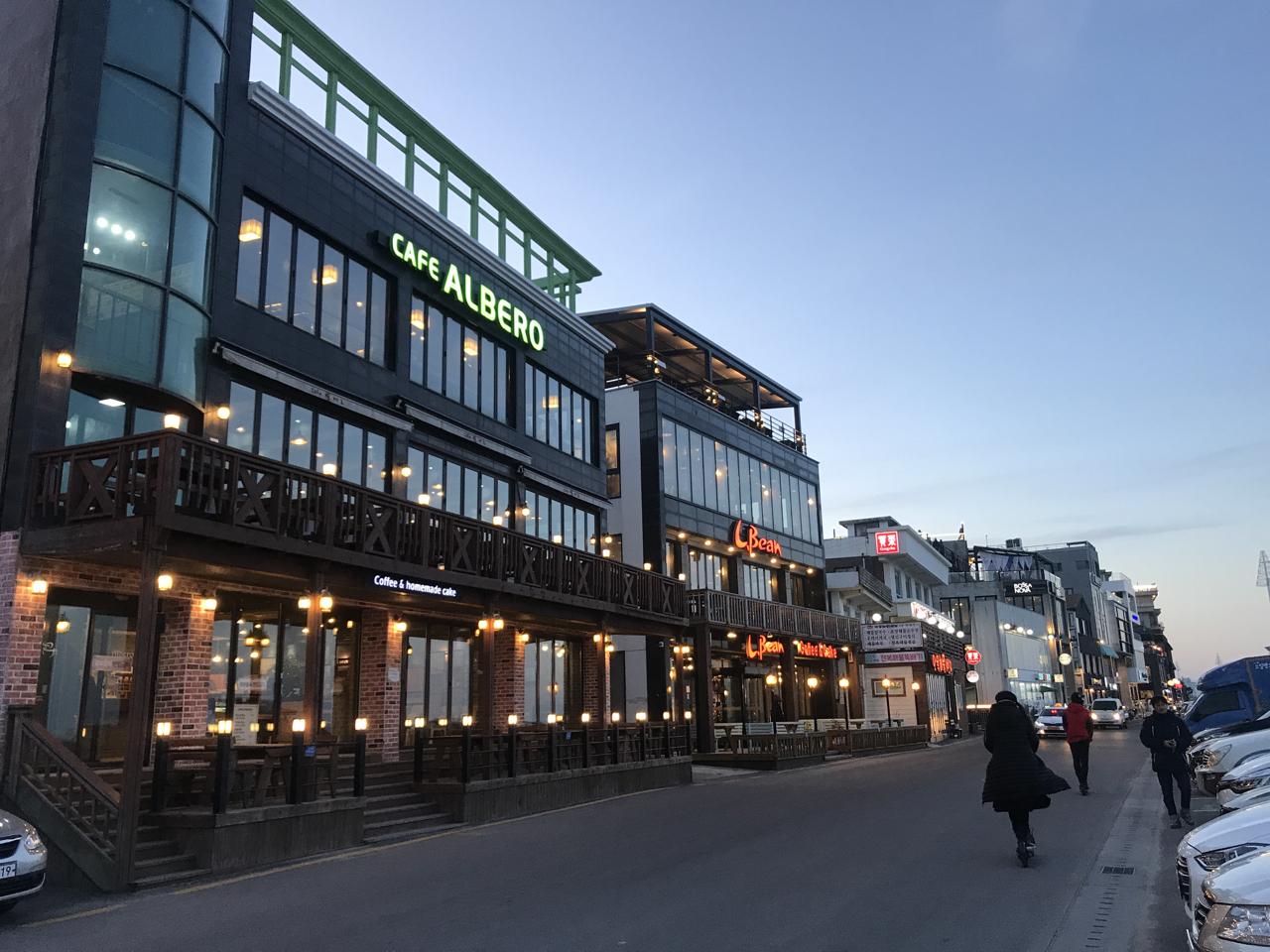 Since 2009, Gangneung has been home to South Korea's first coffee festival. Lining the street parallel to the scenic Anmok Beach are countless coffee shops, some of which also house coffee museums. We visited the museum at Coffee Cupper to take part in its hand-drip workshop. Our instructor introduced us to each piece of equipment before demonstrating how to make a cup of pour-over coffee. He then invited us to try ourselves. I was surprised to discover that, although we all used the same type of coffee and followed the same process, each cup of coffee tasted slightly different. One was a bit sour, another slightly burnt. To make a perfect cup clearly takes practice. 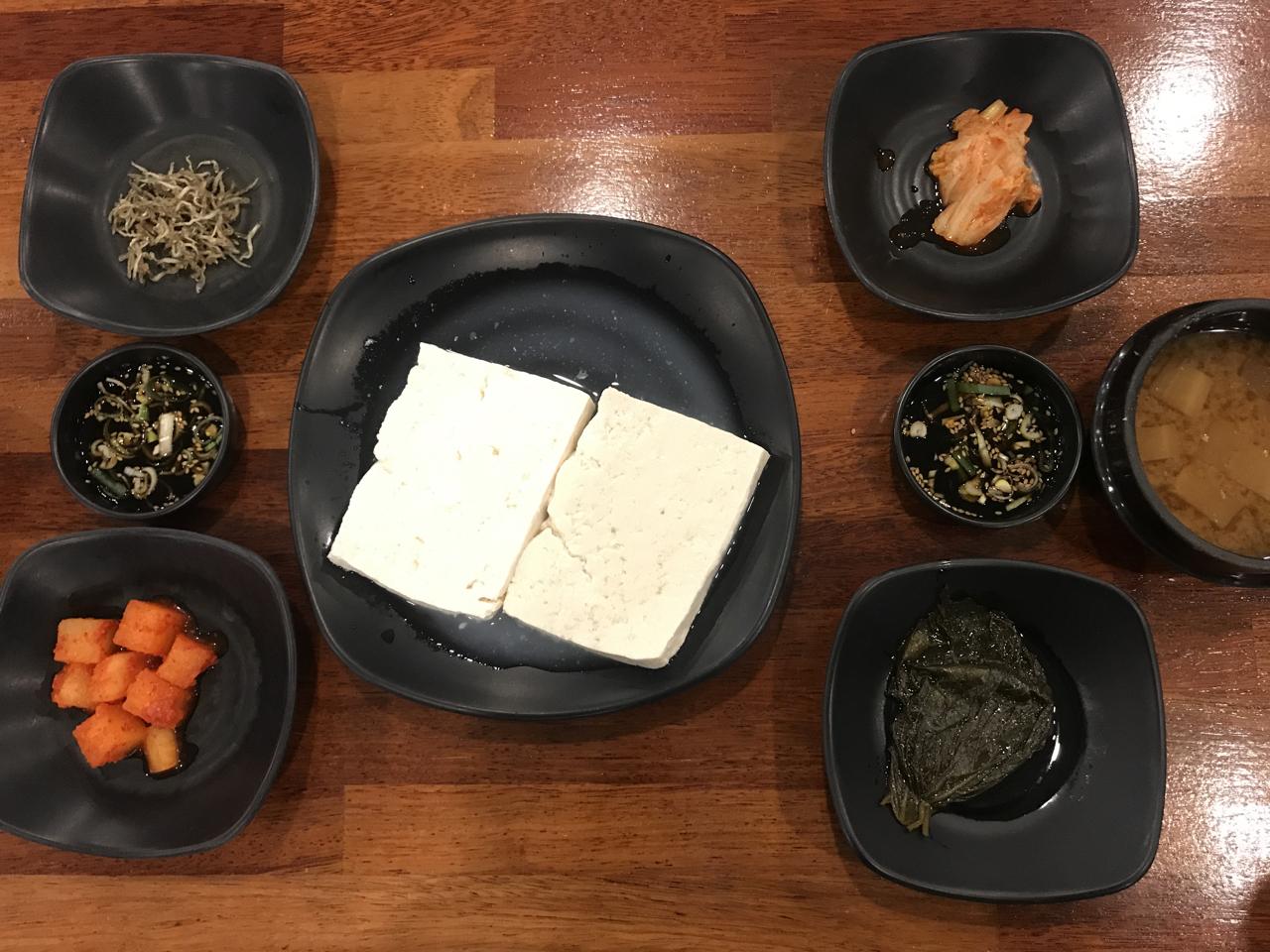 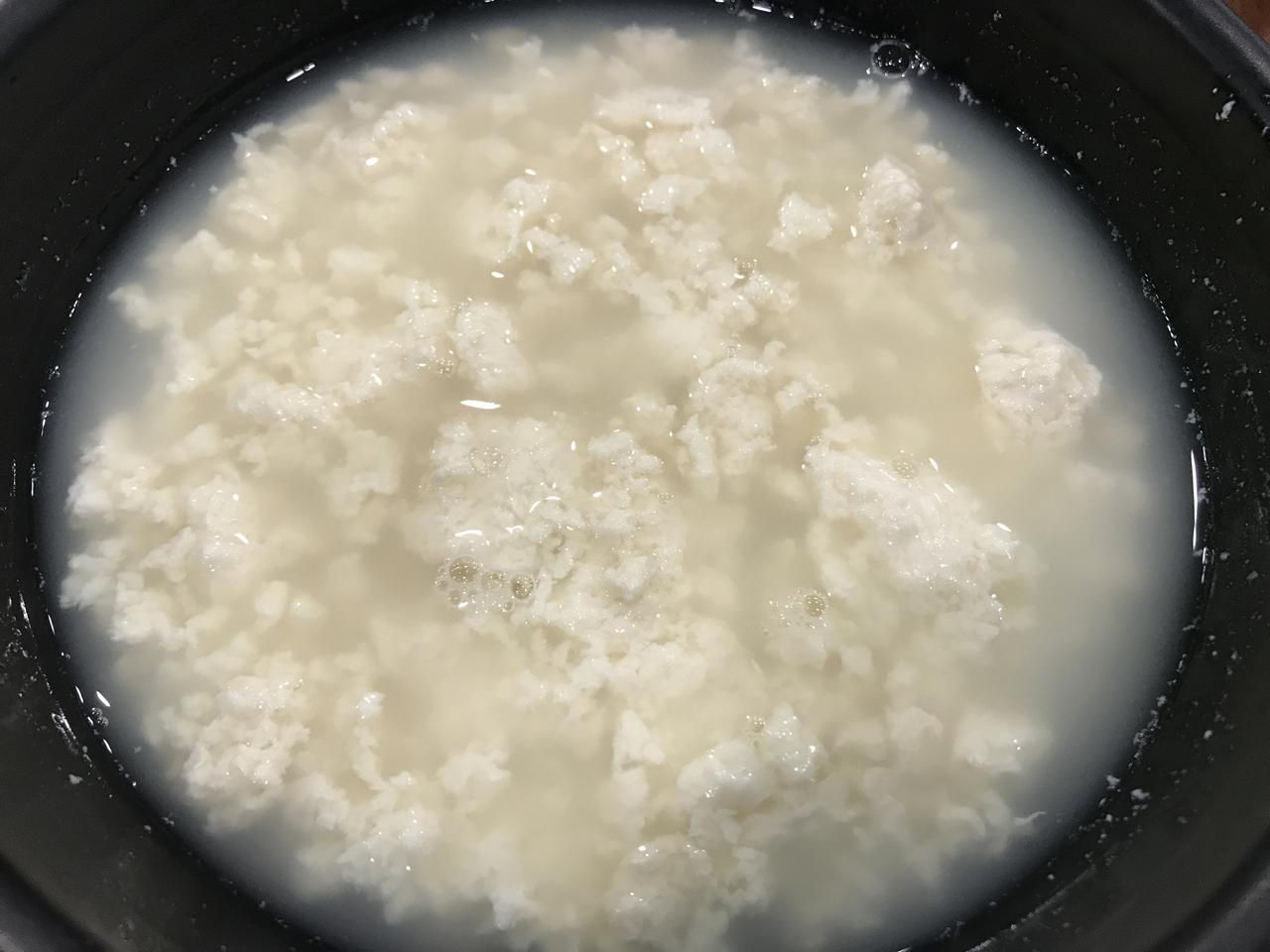 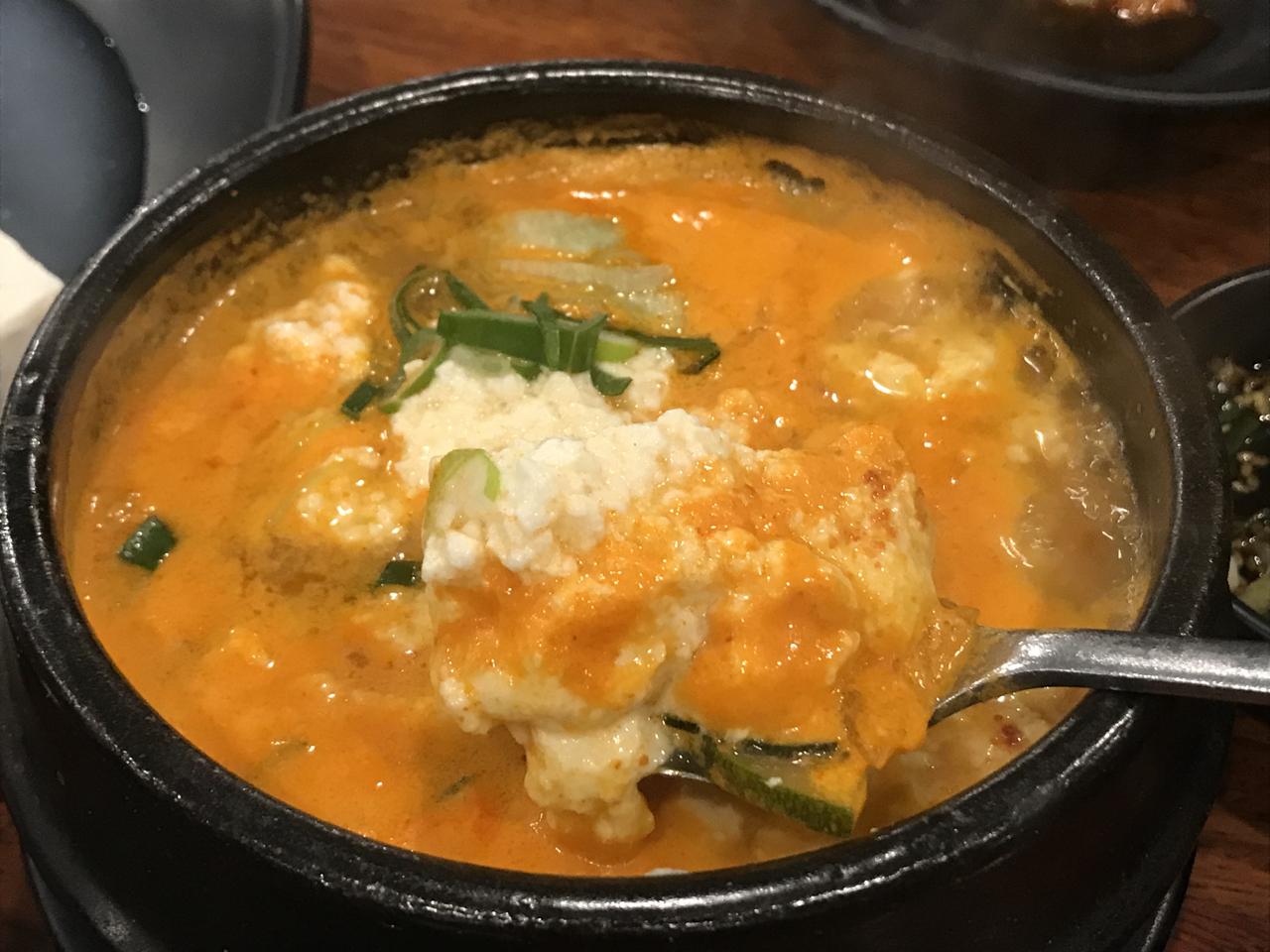 Gangneung tofu, or dubu, is soft and light. The tofu is made with seawater which gives it its distinctive quality. Halmae Sun Dufu, a popular local restaurant, is famous for its tofu soup. Another popular dish is soft tofu served with various types of kimchi and rice. 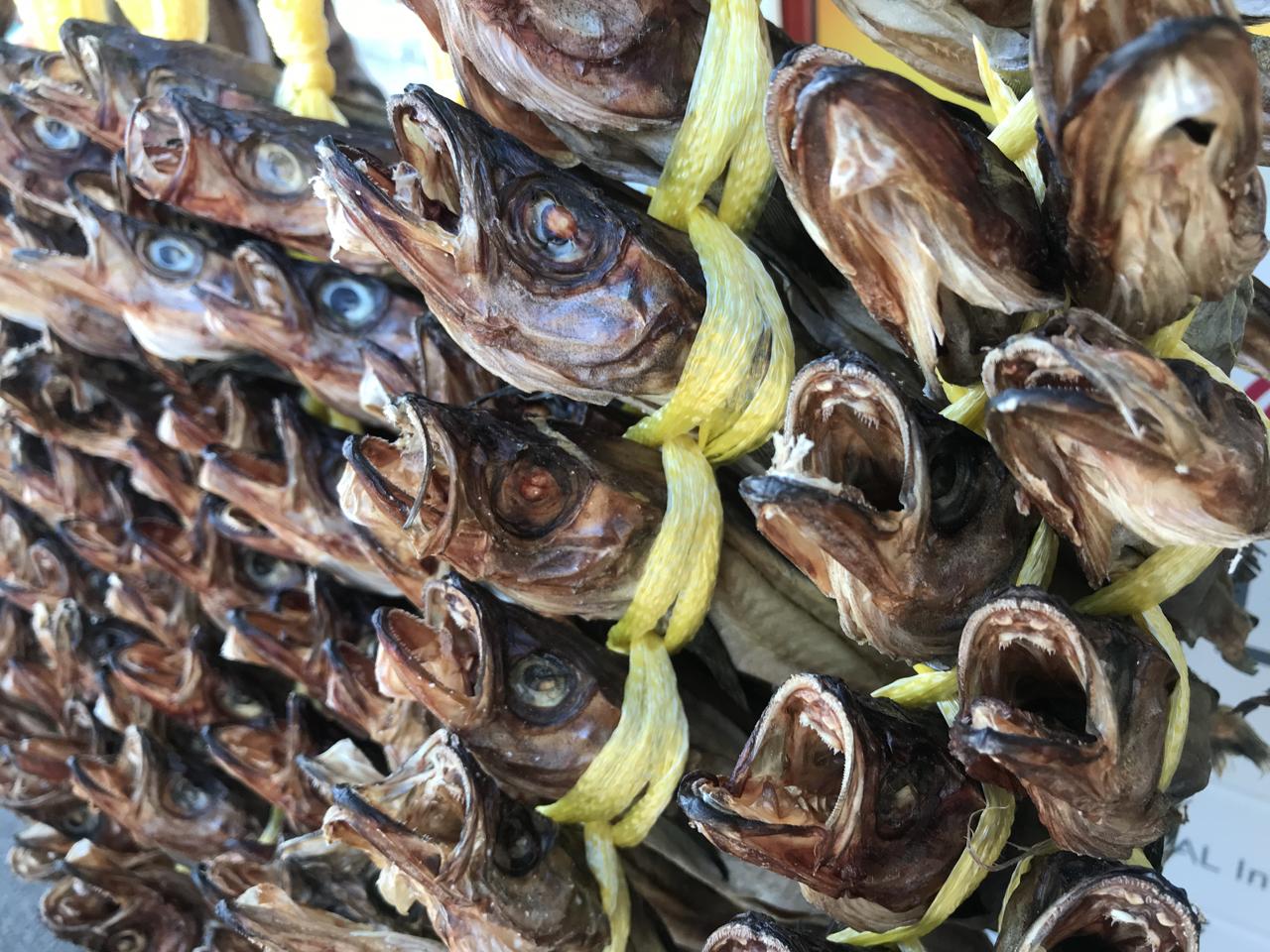 Grilled dried pollock (hwangtae-gui) is a famous dish in Pyeongchang. They employ a unique method for drying the pollock. The fish is freeze-dried in the open on a bed of snow between December and March. A good place to try it is Hwangtae Hoeguan restaurant in Pyeongchang. It serves pollock prepared a variety of ways, including deep fried, grilled and boiled in a soup called bugeoguk. I enjoyed the soup the most. The restaurant also sells dried pollock. A carton of 10 fish is 30,000 won (785 baht). 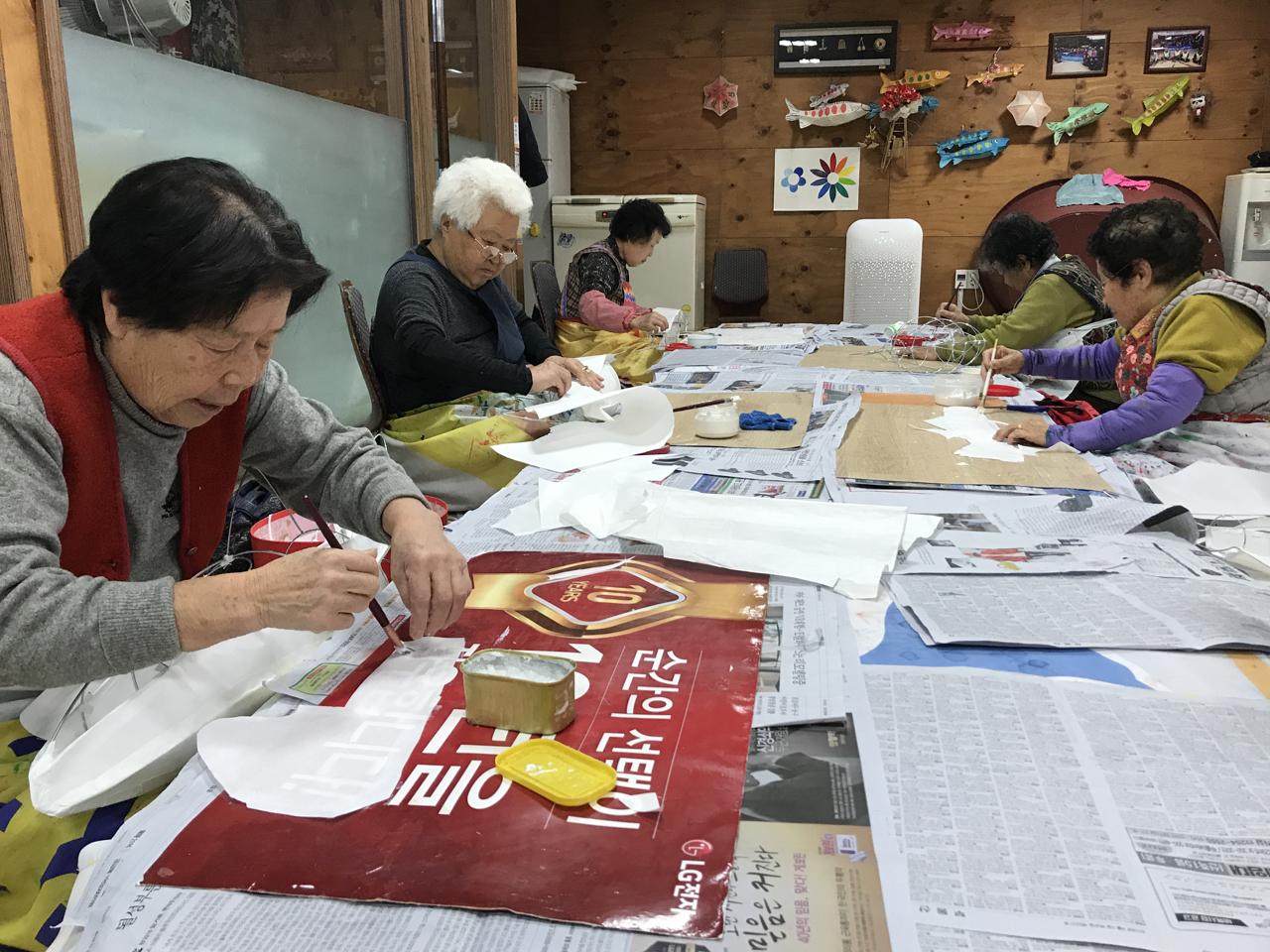 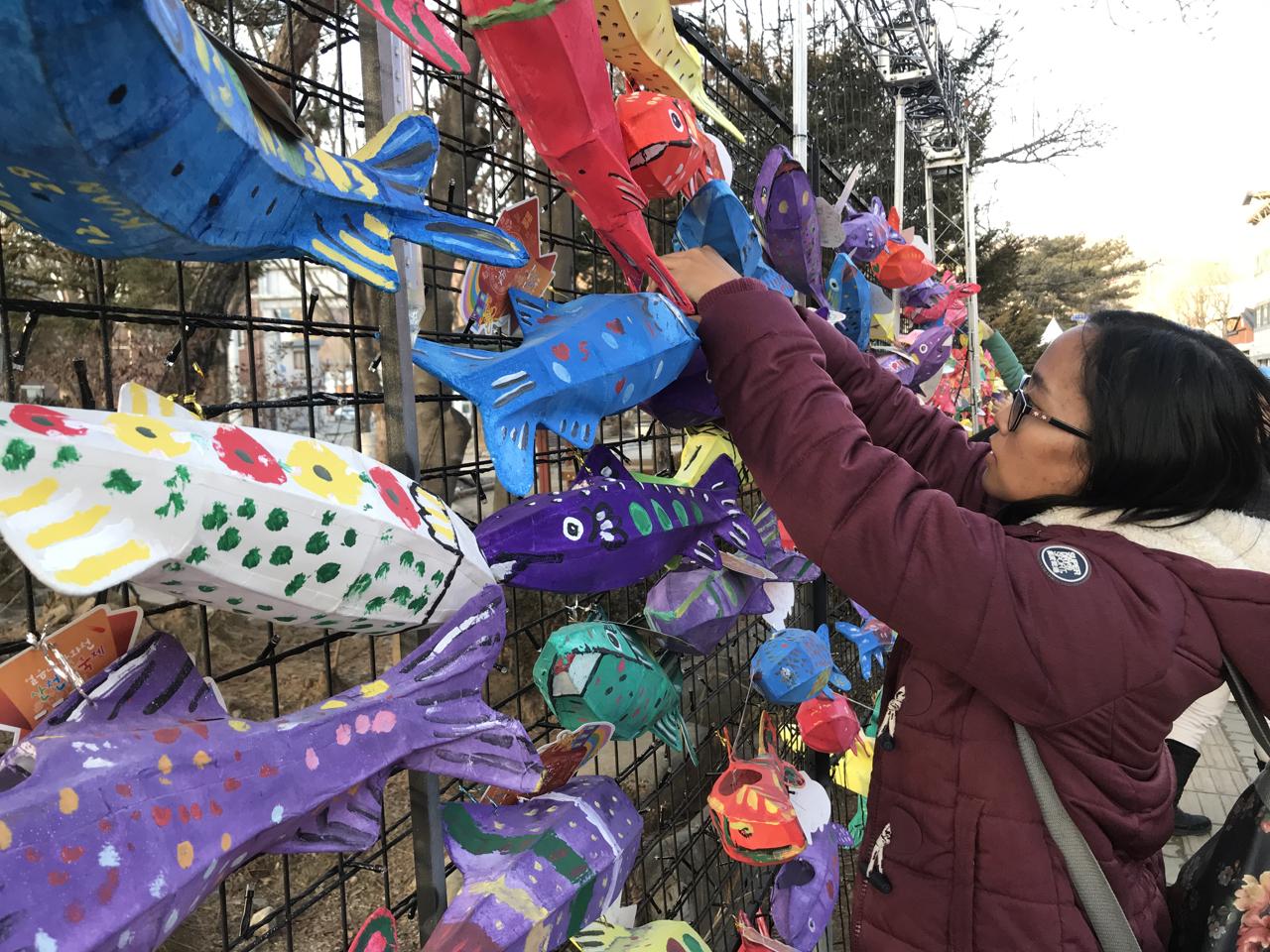 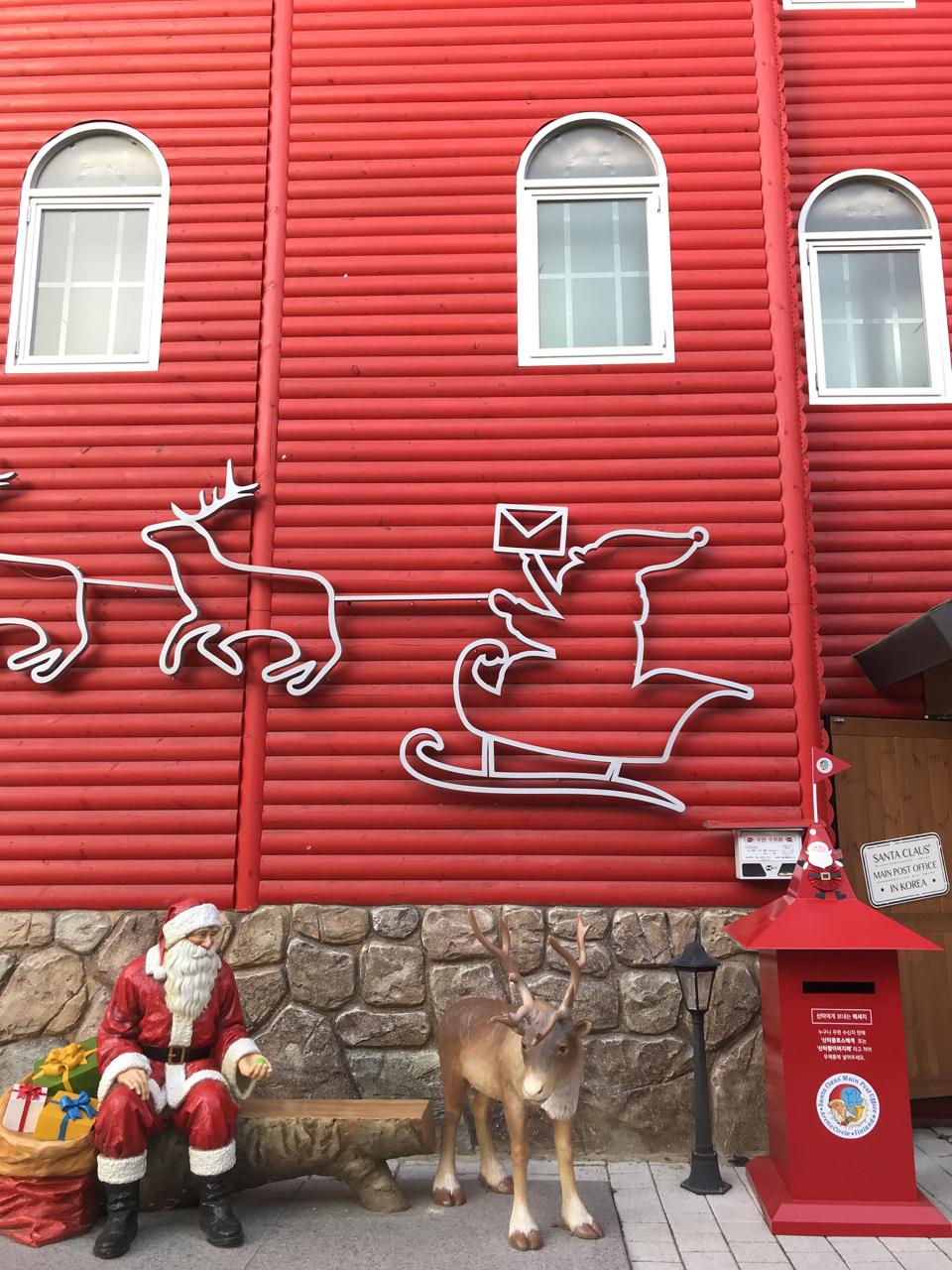 In Hwacheon, we attended a Sancheoneo workshop to learn how locals make trout-shaped lanterns. They are made with wires and a traditional Korean paper known as hanji. We hung the finished lanterns outside with our wishes written inside. We then popped into the nearby Santa Claus Post Office. Some of us wrote a postcard to Santa Claus Village in Rovaniemi, the official hometown of Santa Claus in Finland. A staff member told us that we would get a reply by next Christmas. 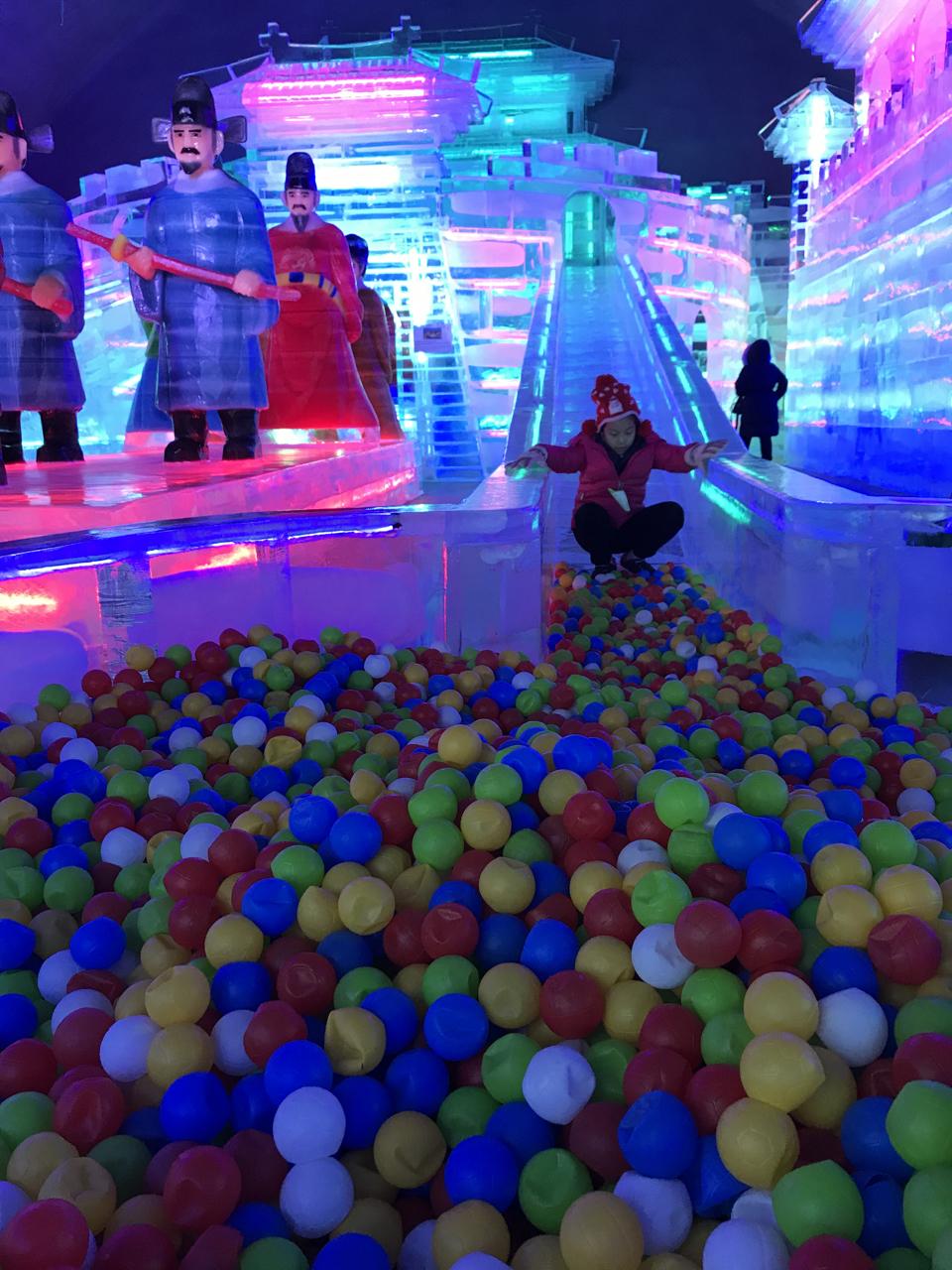 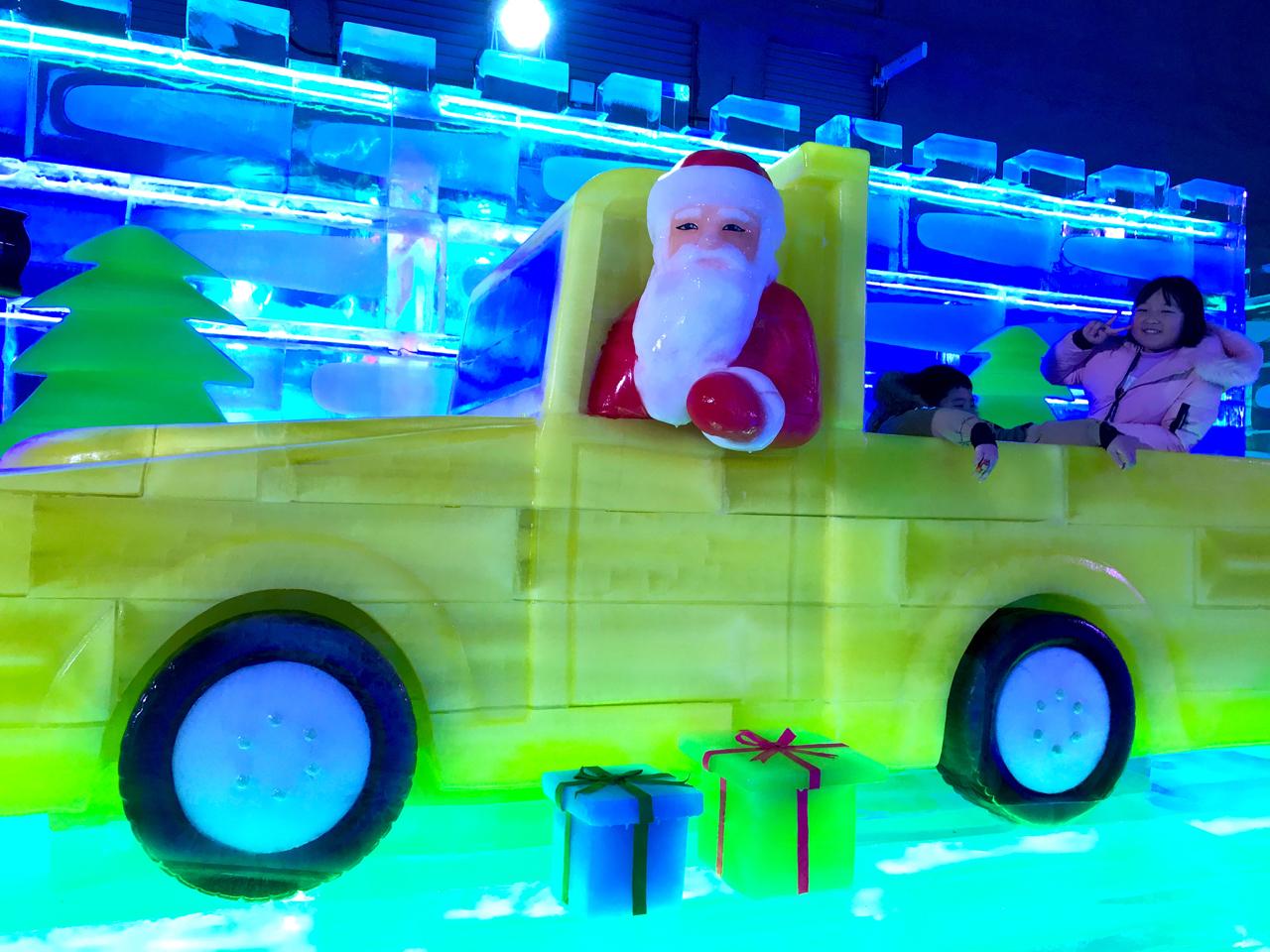 Hwacheon is proud of their local salmon, so during the Sancheoneo Ice Festival, 27,000 salmon-shaped lanterns are decorated along the main street of Seon Deung making it look like a domed roof. About 30 ice sculptures are also on display at the Ice Illumination Plaza. 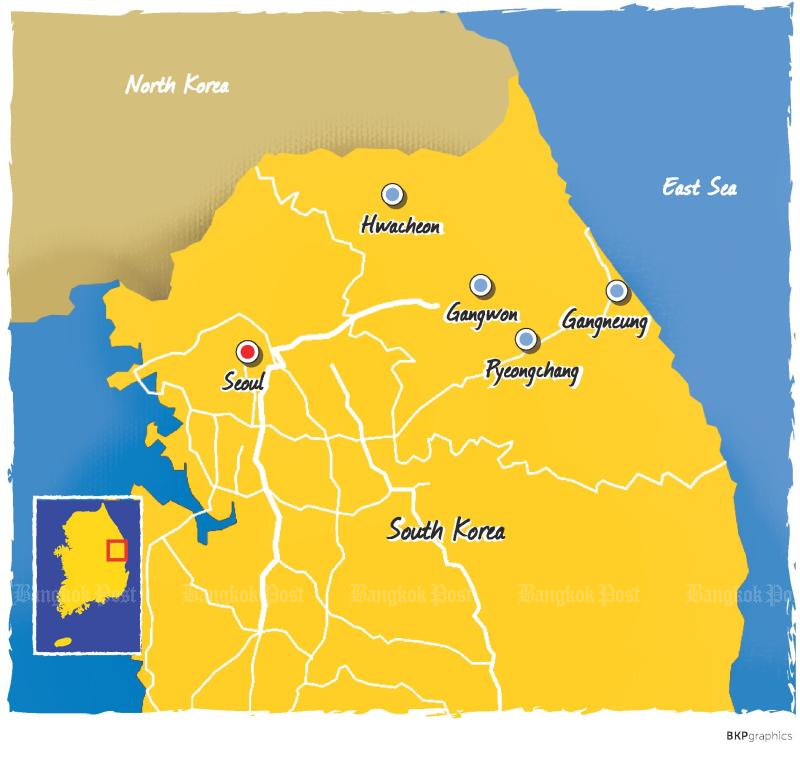 Prince Hotels enters Southeast Asia: we ask MEO of Prince and president of StayWell Holdings about the launch 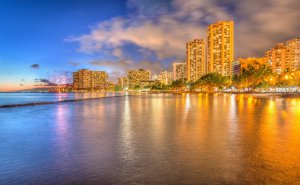 Posted by Travelelog - October 4, 2017 0
WAIKIKI – Hawaii’s most glamorous tourist district – moves to the island’s rhythm with a sense of festivity all year… 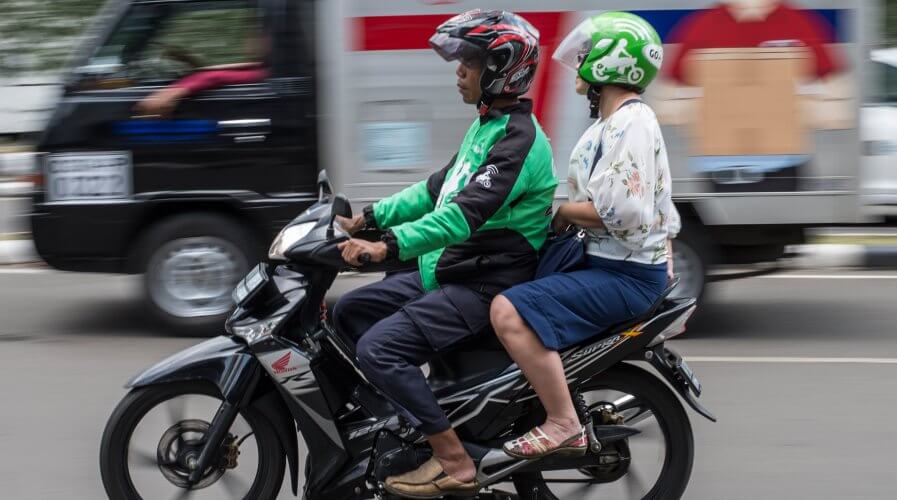 Posted by Travelelog - October 11, 2018 0
A passenger takes a ride on a Go-Jek motorcycle taxi in Jakarta, Indonesia. Source: Bay ISMOYO / AFP. HOT on… 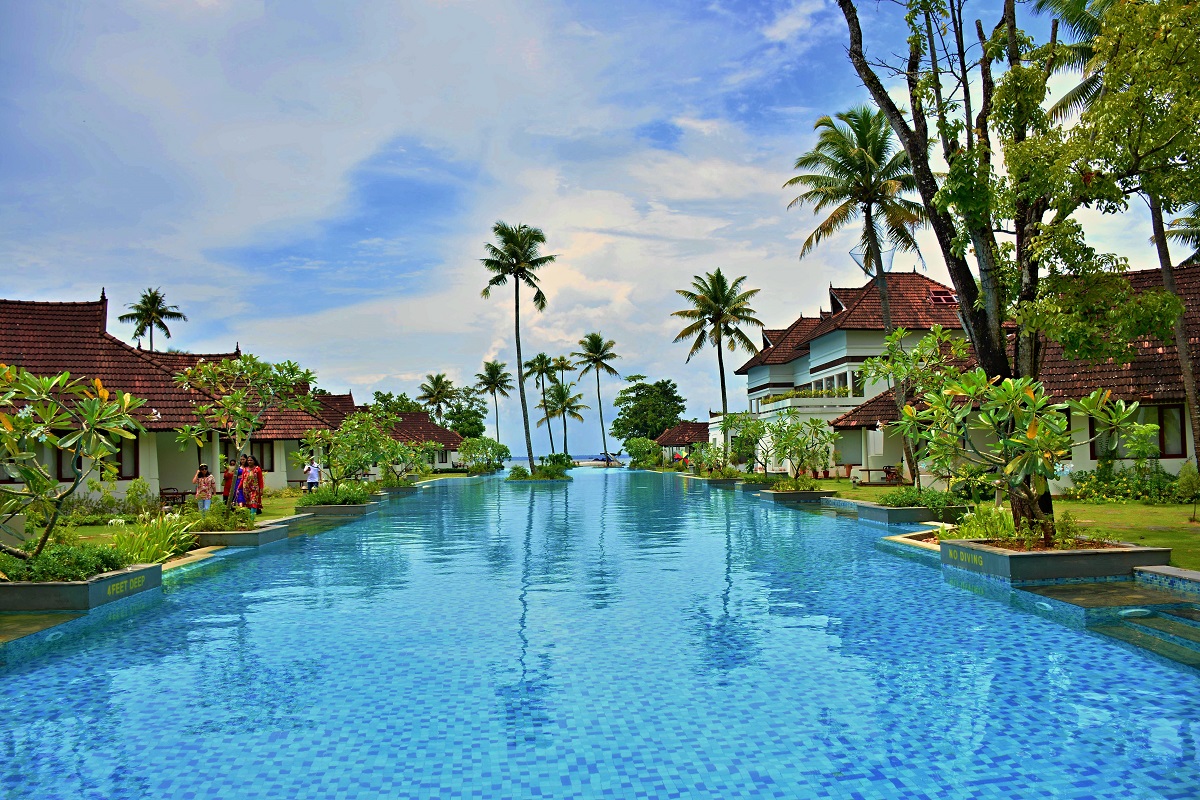 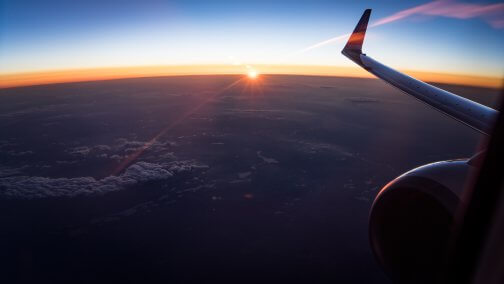 Posted by Travelelog - August 2, 2018 0
WHAT’S the best way to fall asleep on a plane? That’s the question. Because there’s nothing worse than sitting through…