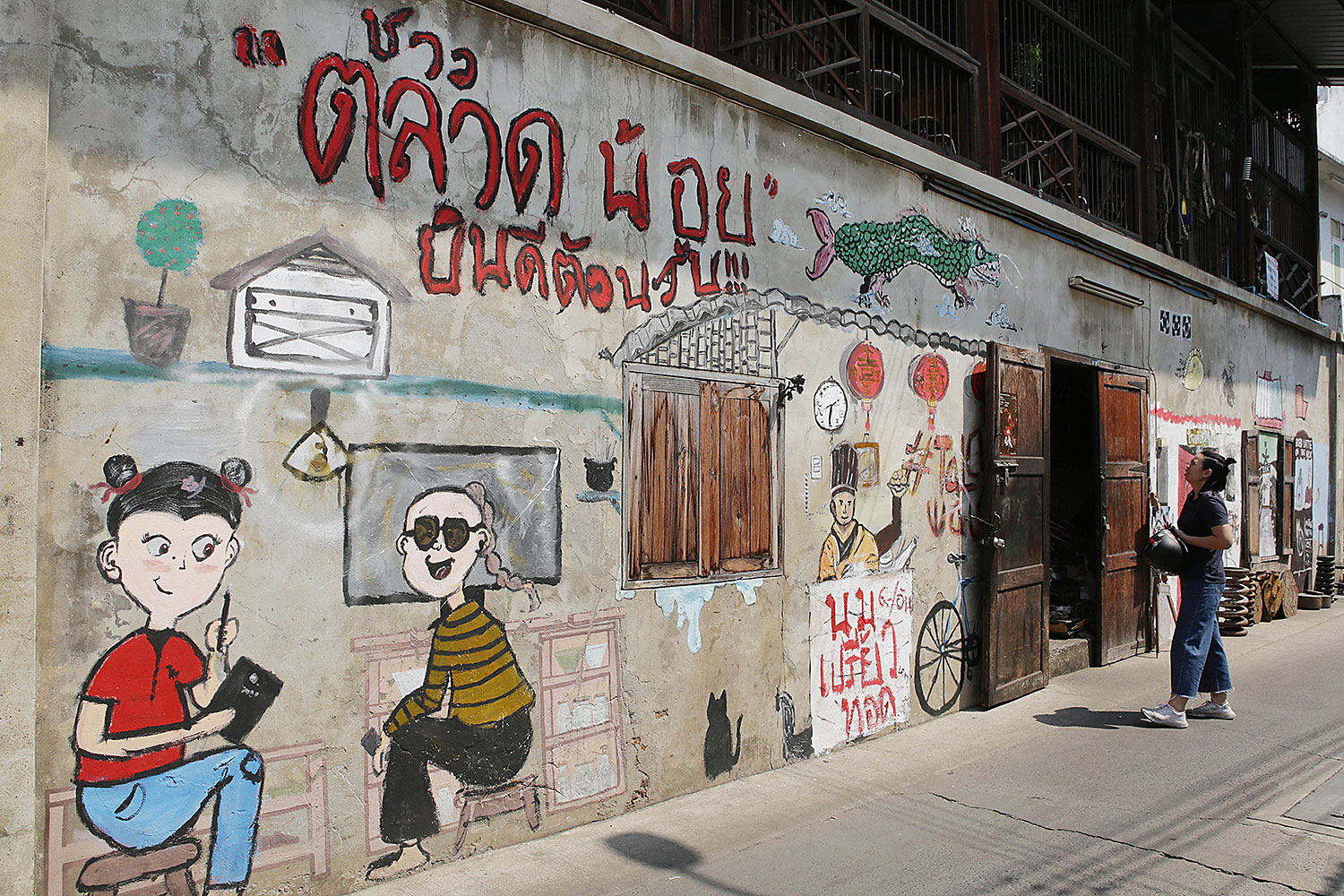 The beating heart of the city

The beating heart of the city

A trip to the waterside Talat Noi community reveals temples, diversity and cafes that embrace the area’s rich cultural past

Talat Noi is one of Bangkok’s oldest Chinese communities. (Photo by Apichit Jinakul)

With a labyrinth of old shophouses, secondhand auto part businesses and religious sanctuaries, the waterside Talat Noi community has managed to maintain its distinct lifestyle and fascinating multicultural heritage despite the changing times.

Sitting on the banks of the Chao Phraya River, it is an intriguing spot on the map for locals and tourists to learn about Rattanakosin’s rich history as Bangkok celebrates its 240th anniversary this year.

Before the arrival of Charoen Krung Road, this area served as a bustling trading port and a gathering spot for sea merchants when King Rama I shifted the capital. Here, Thais have lived in harmony with Portuguese, Chinese and Vietnamese migrants for generations.

Just a short distance from Odeon Circle on Yaowarat, Wat U Phai Rat Bamrung (commonly known as Wat Yuan Talat Noi) is a testament to multiculturalism since it shows how Annam Nikaya’s beliefs grew upon the arrival of Vietnamese migrants.

Wat U Phai Rat Bamrung was erected during the reign of King Rama I. (Photos courtesy of KTC PR PRESS CLUB)

In the Ayutthaya era, Saigon was the heart of Asian marine commerce and had good relations with Siam. That’s why King Taksin utilised Chinese and Vietnamese troops, who excelled in navigation, to fight the Burmese.

Later, there was an uprising in Vietnam during the early Rattanakosin Dynasty, resulting in Emperor Gia Long and his forces fleeing to Siam in 1785. King Rama I gave them lands to establish a community in this neighbourhood and villagers erected Wat U Phai Rat Bamrung, where they shared space with Chinese worshippers to perform daily rituals.

King Rama IV patronised the Annam Nikaya and Vietnamese monks responsible for the royal Kong Teck ceremony. The temple was renovated during the reign of King Rama V and a new ubosot was added to the compound to house a prodigious Annam Nikaya-style statue of Gautama Buddha in a posture of subduing Mara.

It has a lotus-like halo on its head representing enlightenment in Buddhism, a large forehead and a tiny mouth. There’s also a pair of important disciples, Ananda and Mahakasyapa, instead of Sariputra and Mahamaudgalyayana in Theravada Buddhism as well as other Buddha statues created in the reign of King Rama III.

The museum stands behind the ubosot and is home to the remains of its former abbot, Phra Kru Kananum Samajarn, Lord Buddha’s relics that King Rama V brought from India, and a collection of antique Buddha sculptures in various styles.

House No.1 was built in the European neoclassical style.

Next door is Wat Pathum Khongkha Ratchaworawihan (locally known as Wat Sampheng), which was built in the Ayutthaya period. Prince Maha Sura Singhanat, who was the younger brother of King Rama I, initially refurbished this temple to commemorate the inception of the Rattanakosin kingdom and honour his father.

It then received another massive makeover during the reign of King Rama III and its seamless, long cloister is lined with hundreds of Buddha statues like Wat Phra Kaew. The ubosot currently enshrines a gold principal statue of Phra Phuttha Mahachanok, who is donned as the emperor with a crown and magnificent attire.

On the walls, beautiful murals portray Sattaboriphan Khiri (the subsidiary peaks around Mount Meru), in which the thunder deity Ramasura is chasing goddess Mekhala, who guards the sea, angels gathered to listen to a sermon, Buddha’s 10 lives and the goddess of the earth twirling her hair to drive away devils.

“This area has a large Chinese community and has developed into a booming commercial centre. To provide easy access to the temple in the past, all ubosots mostly fronted the river, which served as a primary mode of transportation. Phra Phuttha Mahachanok is one of three Buddha statues in Thailand clad in emperor-inspired garments,” said guide Thanat Bhumarush from the tourism division of the Bangkok Metropolitan Administration.

Heng Seng is known for its handmade prayer pillows.

Inside the vihara, an antique red stone Buddha statue from the Ayutthaya period sits on the same junk-like base with its followers. It was made during the reign of King Rama III to take people through the circle of life and death, according to Buddhist beliefs.

“Ayutthaya-style Buddha statues have a lokuttara-like halo on their heads, a narrow forehead, deep eyes, flat breasts and wide shoulders, with hairs resembling the bumpy surface of a jackfruit,” Thanat explained.

In the backyard, visitors may observe a historic stone, which was used for the execution of Prince Kraison, who rebelled against King Rama III. According to legend, royal family members were executed by being placed on the stone and beaten with sandalwood cudgel at the back of the neck and stomach so that no blood spilled to the ground.

Just 200m away from the temple, the Sae Bae family has transformed an indigo compound of six centuries-old classic Chinese buildings and warehouses into Hong Sieng Kong cafe, where visitors can enjoy a variety of Western and Thai delicacies, coffee and homemade pastries while admiring an exhibition of vintage furniture and collectables from their chamber.

“According to Feng Shui, this neighbourhood resembles the belly of a dragon, bringing wealth to local residents. Thai Beverage and Chia Tai are two notable examples. Lim Thammachari, who was born in Talat Noi and worked in the carpentry industry before becoming the manager of Monthon Bank [currently Krungthai Bank], used to live in this house. It was abandoned for about 40 years until being resurrected as a café,” Thanat said.

Murals were restored during the reign of King Rama III to depict Lord Buddha’s 10 lives at Wat Pathum Khongkha Ratchaworawihan.

Overlooking the mighty Chao Phraya River, the 150-year-old, two-storey Hong House serves as a gallery to sport traditional Hokkien-style architecture. Its courtyard is designed to resemble a wealth-carrying palm gathering rainwater. All old structures have been preserved and a portion of the floor is covered with typical Chinese tiles.

On display is a collection of wood furniture, wood carved cabinets from Vietnam and towering wood doors from the Qing dynasty whose murals depict the story of the Three Kingdoms and various pairs of auspicious animals like deer and birds.

After refreshments, visitors can continue to Chow Sue Kong Shrine, which is a short walk from the café. It was built in 1804 to house a colossal statue of Chow Sue Kong, a black-faced Chinese medical monk who lived 1,400 years ago and specialised in Chinese medicine. After he died, people erected a monument in his honour as he provided free treatment and built a bridge for the public.

At the entrance, the walls are adorned with a series of colourful murals that depict Chinese opera artists and dragons. Inside, it combines Hokkien and Teochew-style architecture, with a mountain-like terraced ceiling and lifelike lion-inspired sculptures bearing the shoulder poles. A pair of white tiger and green dragons are also soaring over the ponds.

Here, worshippers can write their names and birthdays on red paper and set it on shelves next to a statue of Chow Sue Kong to pray for good health, peaceful life and fortune throughout the year.

Hong Sieng Kong is designed to be a cafe and museum for visitors to learn about history while enjoying food and beverages.

Those searching for unique souvenirs can visit the century-old Heng Seng shop, which offers an edition of vivid handcrafted cushions, mattresses and home decorative items, not far from the hallowed shrine.

Its history dates back to the reign of King Rama V. The shop created a collection of long-lasting mosquito curtains and prayer cushions for use in Chinese shrines. Its unique techniques have been passed down from generation to generation and it’s currently in the hands of Wimon Luangaroon, who is the third generation.

In recent years, she has collaborated with young designers and the Creative Economy Agency to revitalise products, making them more suitable for modern living. To achieve a soft but firm texture, all cushions are fashioned with sateen and filled with white silk cotton and coconut fibre. They come in different sizes and are fashioned out of sateen with the Chinese word fu embroidered on it, and printed chicken skin fabric with lotus and peony motifs.

The day trip can conclude at the 2,000m² House No.1 in Captain Bush Lane, which was previously Wat Kaew Fah, before being converted into a French distillery during the reign of King Rama V. This area originally featured the Portuguese embassy, multinational enterprises and Si Phraya pier as well as the residence of Captain John Bush, who established the groundwork for the Siamese harbour industry to match international standards.

Cafe Eiffel now occupies the building, and it features stunning European neoclassical architecture. The walls are painted yellow and complement the olive-shaded windows and white arch-shaped frames. The ground floor is tiled with imported tiles, while the top floor is teak, with stencil paintings of Western flowers on the supporting post area. 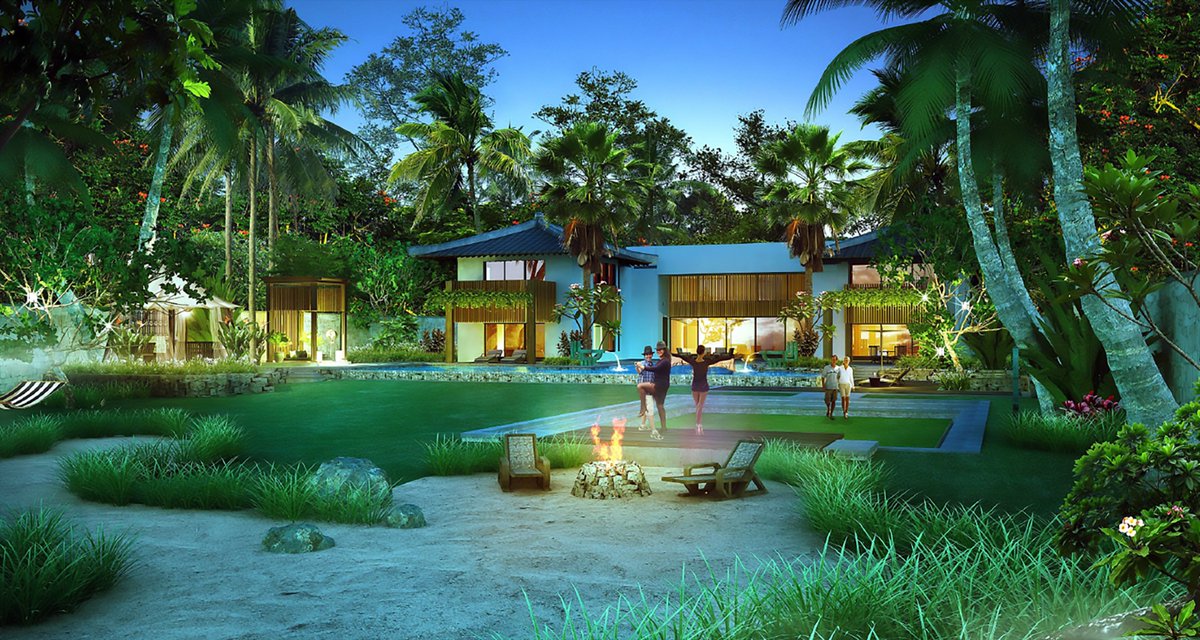 The “creative genius” of Gathy and Bensley comes to Hainan

Posted by Travelelog - January 14, 2019 0
Singapore based Capella Hotel Group and developer partner, China Gezhouba Group, have announced the grand opening of one the biggest… 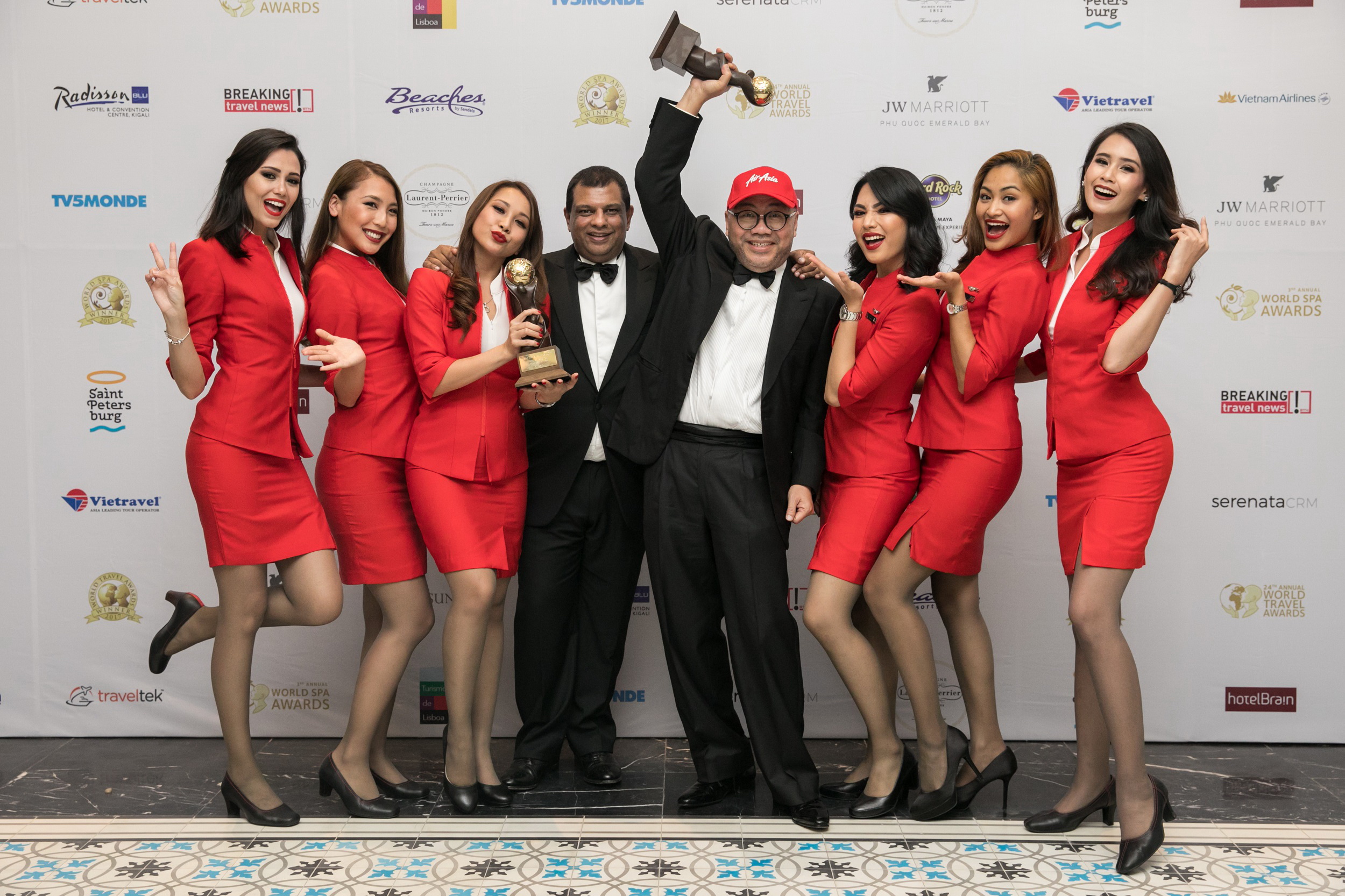 Posted by Travelelog - December 11, 2017 0
WTA Grand Final 2017: The “world’s true low-cost champion” according to Tony FernandesAirAsia has been named the for the fifth… 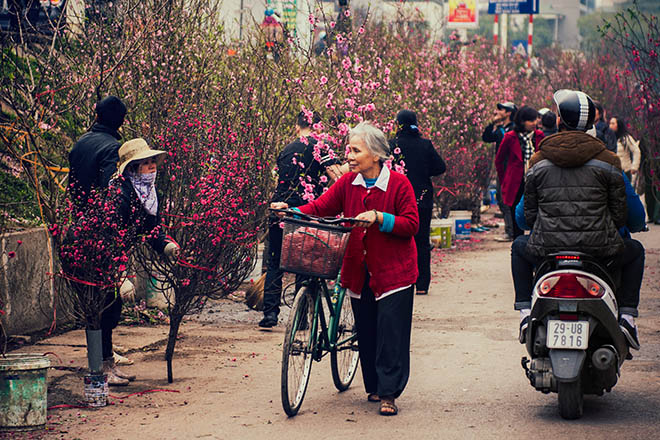 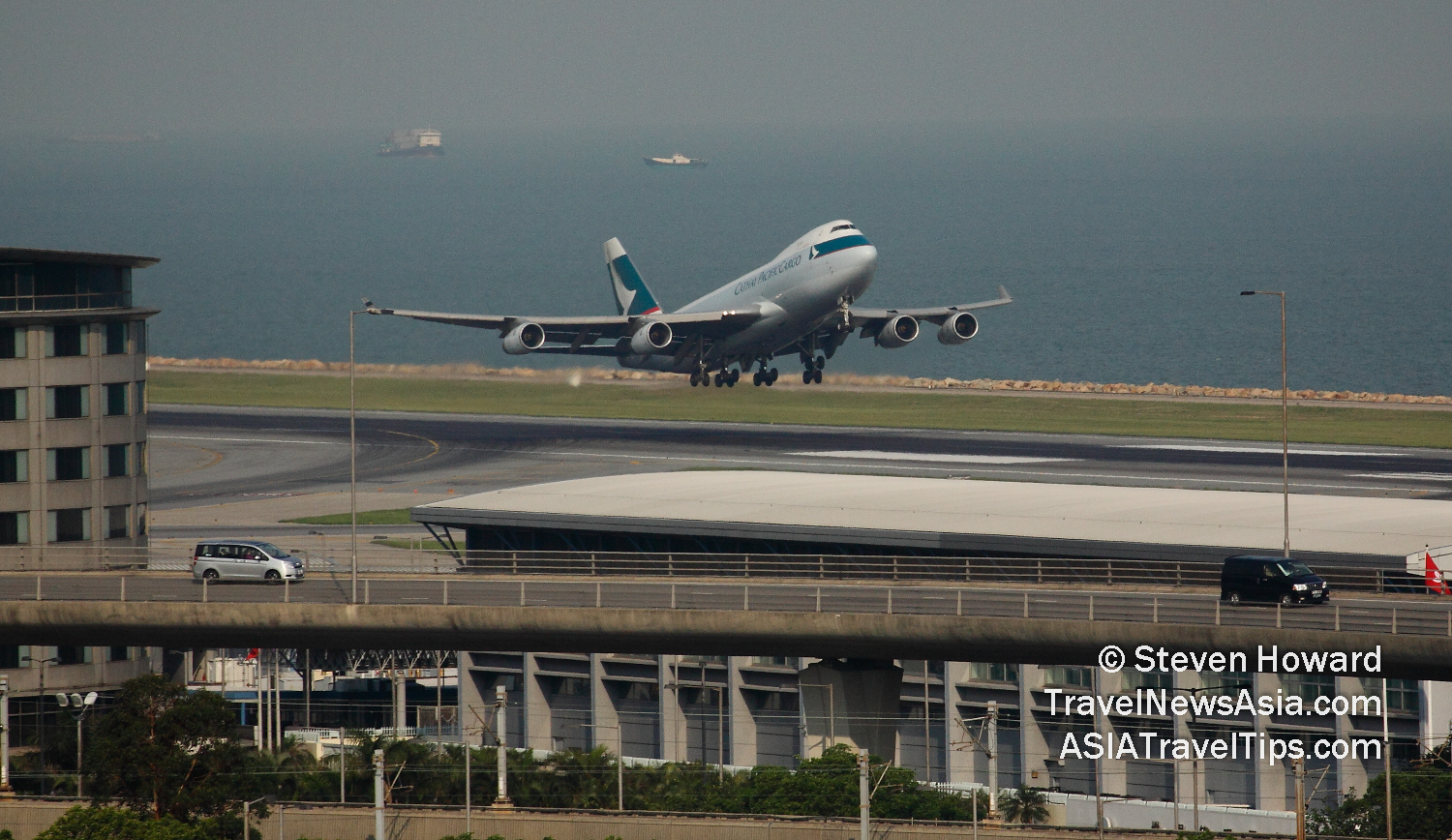 Posted by - May 8, 2021 0
(05 May 2021) Cathay Pacific Cargo has taken a significant step towards the end-to-end digitisation of the global supply chain… 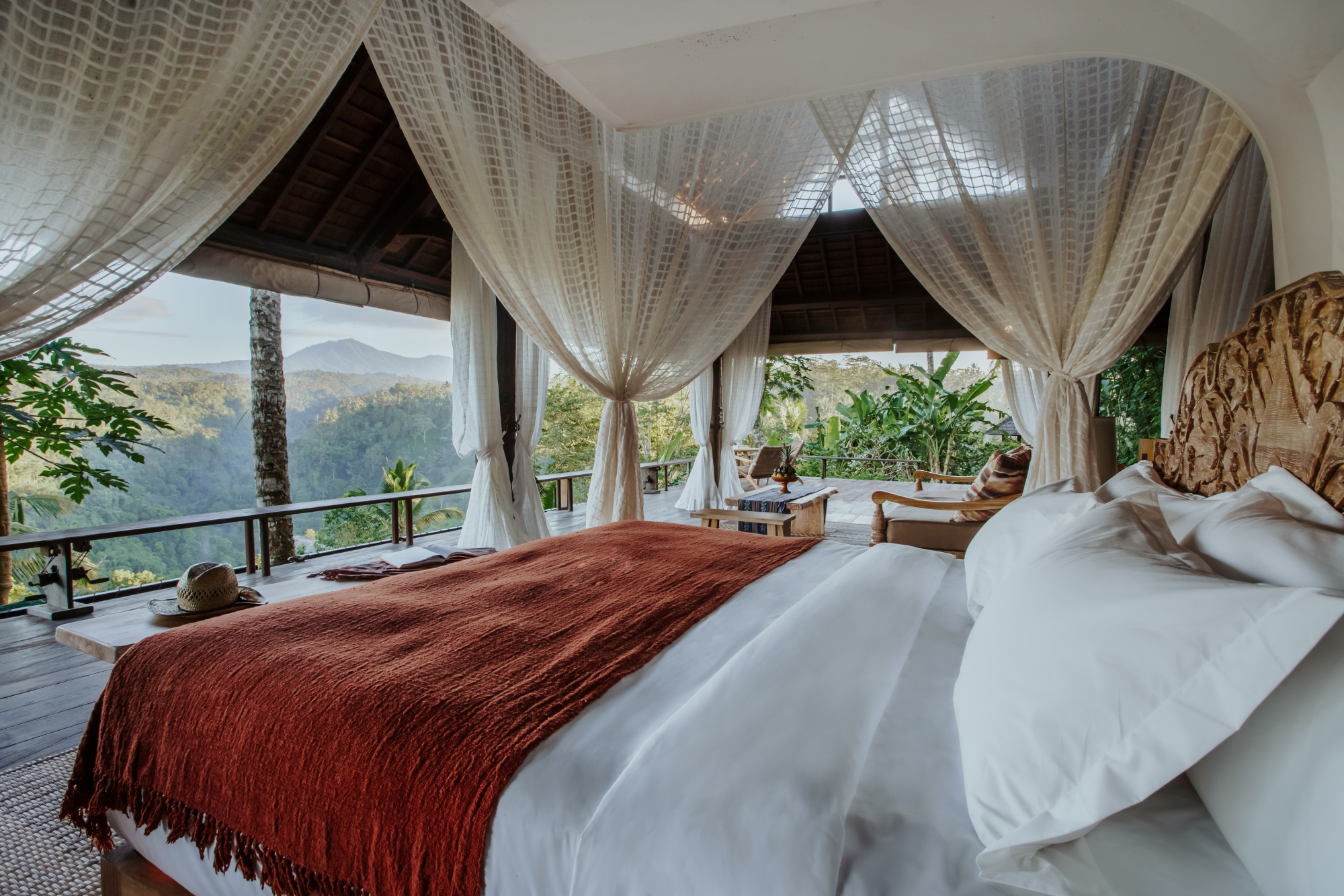 Escape! Banyan Tree to Open 'No Walls, No Doors' Resort in Bali, Indonesia