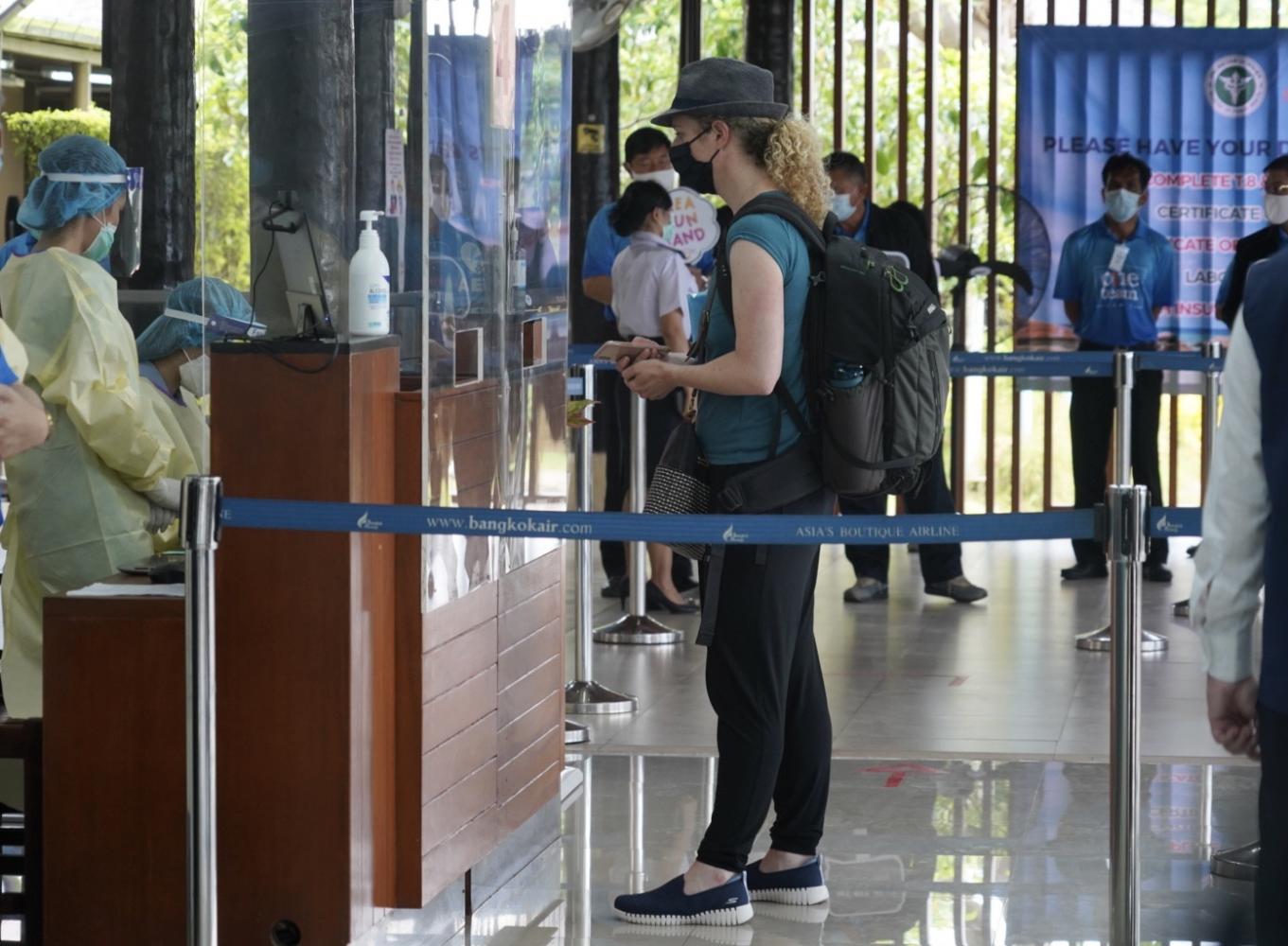 Samui yet to receive significant cancellations from Russian market

Health officials check a passenger’s documents at Koh Samui airport in Surat Thani province. The island expects more visitors after the removal of the second RT-PCR test and reduction in health insurance coverage to US$20,000 under Test & Go. (Photo: Bangkok Post)

Tourism operators in major destinations are monitoring Russia’s invasion of Ukraine as the conflict poses further risks to purchasing power and flight connectivity within both the Russian and European markets.

Ratchaporn Poolsawadee, president of the Tourism Association of Koh Samui, said there has not been a significant number of cancellations from tourists in Russia, the second largest market for the island, while direct flights from Moscow continue unabated.

Russia ranked first with 13,063 tourists visiting the country during the first 22 days of the resumption of the Test & Go scheme this month, followed by visitors from Germany (10,412) and France (8,900), according to the Department of Disease Control.

Mr Ratchaporn said operators have to keep a close eye on the reaction from each country and the response from Russia after the ruble fell by 8%, in part because of sanctions placed on the country, which could result in weaker purchasing power and affect people’s travel decisions.

If the ruble plunges to the same level recorded during the Russian financial crisis of 2014, tourists might hold off on their travel plans to save money, he said.

If the conflict escalates into a war between Russia and members of North Atlantic Treaty Organization, there will be a greater impact on Thai tourism, said Mr Ratchaporn.

He said European countries such as the United Kingdom, Germany and France will impose tougher policies against Russia, which could cause higher costs in terms of air travel because of surging oil prices and limited airspace caused by flight bans on both sides.

“Russia just lifted its flight ban to Thailand, but the recent rift with Ukraine is another challenge. The country has to stay neutral to get through the situation,” Mr Ratchaporn said.

After the Centre for Covid-19 Situation Administration removed the second RT-PCR test requirement under the Test & Go scheme and reduced the health insurance coverage requirement to US$20,000, Koh Samui expects to receive more pent-up demand next month.

He said 5,000 room nights have been booked in March and the occupancy rate should increase from 40-50% in February.

Thanet Supornsahasrungsi, acting president of the Chon Buri Tourism Council, said the Russian market would continue with travel plans as long as airlines were still operating.

However, he said most Russian arrivals either have residences or businesses in Pattaya, rather than leisure tourists, meaning charter flights from Russia cannot operate because of weak demand caused by complicated travel rules.

“Seasonality is also a key factor as the long-haul market normally slows by the end of March,” Mr Thanet said.

Potential markets such as India and Saudi Arabia will play a crucial role during the off-peak season, while the country’s viral situation must be under control to improve demand among domestic tourists, he said. 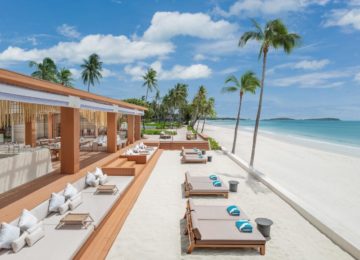 Literary festivals in Asia are doing us all a favor

Posted by Travelelog - October 5, 2017 0
LITERARY festivals around the world have long attracted scores of visitors – inquisitive, worldly, and waiting to meet their favorite…

Air France Takes Delivery of First of 60 Airbus A220 Aircraft

Posted by Travelelog - July 4, 2018 0
Oman Air celebrated the launch of its latest Boeing 787-9 Dreamliner at London Heathrow on Sunday. The new aircraft serving…